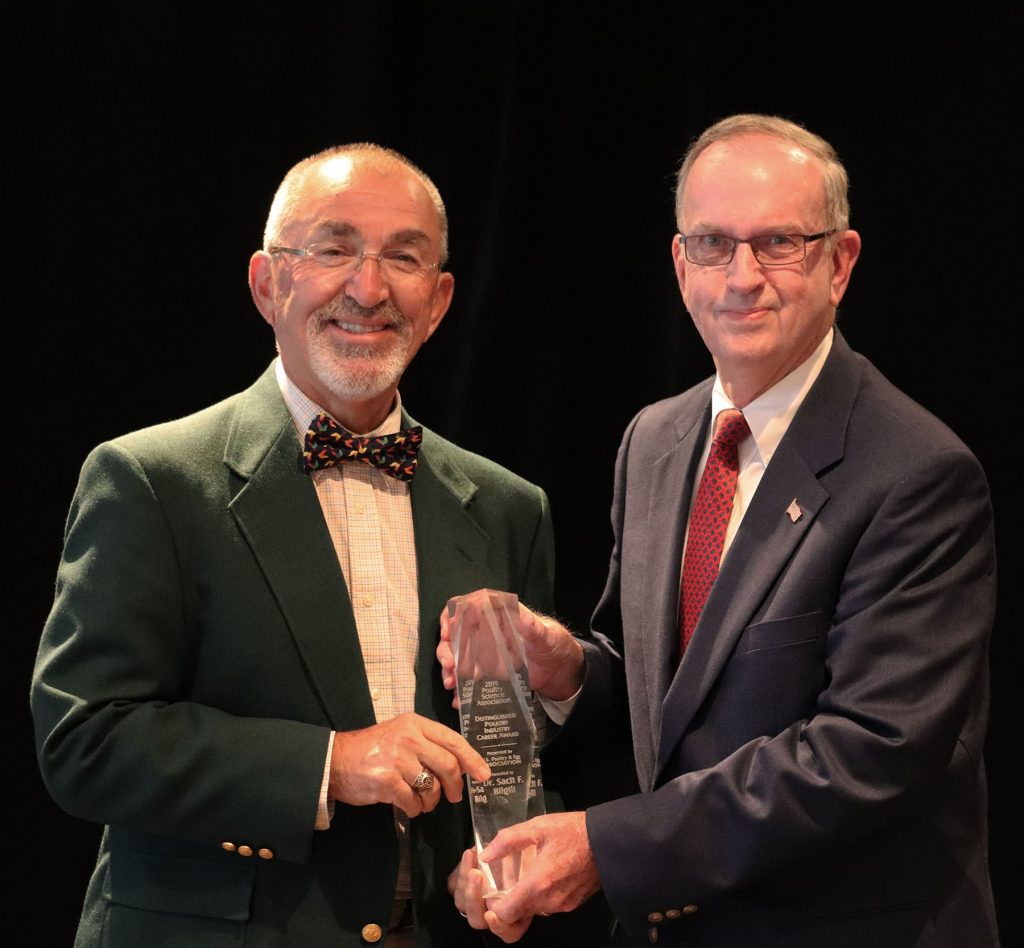 The Distinguished Career Award recognizes distinctive, outstanding contributions by an industry leader. In addition to sponsoring the award, USPOULTRY also makes an annual contribution to the Poultry Science Association Foundation on behalf of the award recipient.

“USPOULTRY is pleased to honor industry leaders exemplified by Dr. Sarge Bilgili. He is widely recognized for his many years of work and contribution to poultry welfare within the industry, with his scholarly work uniquely bridging the live production and processing phases of the broiler industry,” said John Starkey, president of USPOULTRY.

“Dr. Bilgili has also been personally involved with USPOULTRY,” Starkey continued. “For many years he was advisor to our Poultry Processor Committee and was often a speaker on the Poultry Processor Workshop program. We have also recognized him for his outstanding research work. It is this service and dedication that has helped make the poultry industry one of the most proficient and productive segments of modern animal agriculture.”