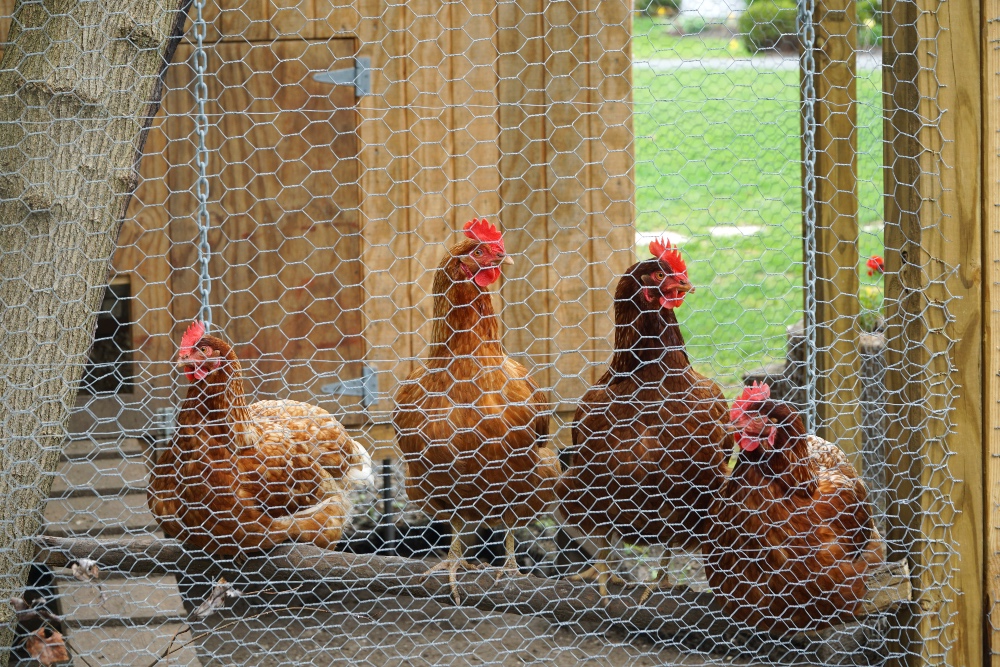 A close up of chickens inside a backyard coop. Photo Credit: Adobe Stock

A small backyard poultry flock in Kelowna, B.C., has tested positive for avian flu, the second known outbreak of the disease among flocks in British Columbia.

The highly infectious H5N1 strain of the illness was confirmed earlier this month on an Enderby farm in the North Okanagan.

A statement from the Ministry of Agriculture says it is working closely with the Canadian Food Inspection Agency and B.C. poultry producers to ensure protection measures are in place.

The infected Kelowna flock has been quarantined and the statement says producers within a 12-kilometre radius have been notified.

The ministry also says a bald eagle recently found in Delta is positive for avian influenza, the second case among wild birds in B.C. since February, when the H5N1 strain was confirmed in the remains of a bald eagle in Vancouver.

Owners of small or backyard flocks are urged to watch for signs of illness in their birds, eliminate the chance for contact with wild birds and step up cleaning and disinfection of all clothing and equipment used when caring for their animals.

Outbreaks of avian influenza have been confirmed in Newfoundland and Labrador, Nova Scotia, Ontario, Saskatchewan and Alberta, but no human cases have been detected.

The CFIA said the illness is not considered a significant concern for healthy people who are not in regular contact with infected birds.

A farm in Whitemouth, Man., was also quarantined on April 23 as the agency said that province had recorded its first confirmed cases of H5N1 in a commercial poultry flock.

Manitoba Natural Resources and Northern Development announced last week that avian flu had been detected in several snow geese collected in southwestern Manitoba and from the remains of a bald eagle found in the Dauphin area.

This has been an unprecedented year globally for avian flu, the CFIA has said.

It cautioned that migratory birds are likely responsible for the outbreaks, which spread through contact with an infected bird, its feces or nasal secretions, and the CFIA said it expected there would be more cases as wild birds continue to fly north for the summer.

B.C.’s deputy chief veterinarian has ordered all commercial poultry operators with more than 100 birds to move their flocks indoors until the spring migration ends in May.