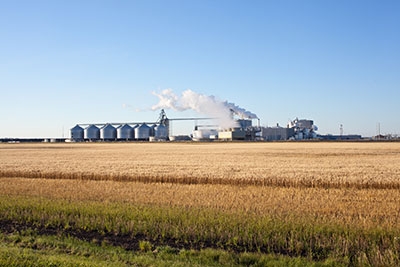 In his book Accountability Denied: The Global Biofuel Blunder, University of Guelph professor David Auld outlines in many cases, the proclaimed benefits of ethanol and biodiesel use, in terms of CO2 emissions, has been exaggerated

Egg and poultry producers, along with many other people, have been forced to support the production and use of a variety of alternative energy sources.

As we buy motor fuel (either gasoline or diesel) in most countries today, we are consuming a proportion of “renewable” energy in the form of biofuels.  Most common are ethanol and biodiesel, made respectively from corn (or another cereal grain) or vegetable oil.  These developments took place following the oil price crises in the late twentieth century, and in response to the threat of global warming over the past 30 years.

Driving through the countryside, we cannot fail to notice, at least in some parts of the world, large investments in wind and solar energy.  These are in response to the same motivation responsible for the wide use of biofuels.  Neither of these sources of energy is economically viable without major subsidies, and we have only to study the situation in Ontario to realize how inefficient these installations are.

In a well-researched new book*,  Douglas Auld, from the University of Guelph, traces the history, and outlines the production technologies, behind the rise of biofuels in the modern developed world.  He also raises serious questions as to the capability of these products to accomplish much, if anything, in the way of mitigating global warming due to greenhouse gas emissions.

Government intervention
Governments in Europe and North America have shown tremendous zeal in encouraging ethanol production (particularly in Canada and the U.S.) and biodiesel production (particularly in Europe).  Production facilities have been subsidized, and biofuel inclusion rates in commercial motor fuels have been mandated, among other market distorting techniques.  These actions have been based on the need for energy security, and the supposed benefit of reduction in greenhouse gas emissions. The fact that the substrates used to produce these biofuels are also in demand for animal feed or human food was apparently given very little weight in the decision making process.  But without these subsidies, it is clear that biofuel use in transportation, and the production of electricity and heat would be minimal.

Not only do biofuels compete for sources of substrates, but the inevitable increase in corn and other crop production leads to a wide range of possibly unintended consequences.  Rising production may cause increased nitrogen run-off, greater use and residuals from herbicides and pesticides, and higher use of scarce water. It may also lead to increases in the value of agricultural land and ultimately, higher cost of production. If forests are destroyed to create more crop land, there is a consequent and permanent reduction in carbon dioxide sequestration, which may more than offset any reduction in CO2 emissions expected from the eventual use of the biofuel.

Closer to home, poultry and egg producers can easily note the steep rise in feed prices associated with the rise of the corn-based ethanol industry.  These translated into general increases in the price of all food by a minimum of one to two per cent.

Water use
Water use occurs not only in growing the crop substrate but also in the actual biofuel production process. In Auld’s book, data are quoted showing that refining crude oil to yield gasoline requires a maximum of 6.2 gallons of water per gallon of gasoline, while as much as 325  gallons may be used in the ethanol production process.  While Canada has abundant supplies of fresh water, other countries do not, and as the real cost of water increases, this may limit the attractiveness of biofuel production.

Biofuels are not as efficient as the fossil fuels they replace, as shown in the following table:

The major reason for having second thoughts about ethanol and biodiesel, according to Prof. Auld, is that in many cases, the proclaimed benefits of their use, in terms of  CO2 emissions, has been exaggerated.  For example, early claims for the benefits of ethanol from corn, included only the energy used in processing corn into ethanol, while the energy used to produce the corn was ignored.  The same holds true for biodiesel. If the Life Cycle Production Analysis is used to compare corn-based ethanol with gasoline, the best possible outcome in terms of greenhouse gas emissions is a reduction from 4.1 to 3.5 g CO2/mBTU.

Energy from waste
There are, however, several methods of biofuel production that do not involve all, or in some cases, any, of these shortcomings.  Among these, cellulosic ethanol and biogas production from animal and human waste are the most interesting.  Cellulosic ethanol is produced from fibrous material in contrast to starch-containing grain.  Substrates include forestry and lumber waste, corn stover, and fibrous crops such as switch grass.  None of these competes directly with the production of food crops.  Switch grass would normally be grown on marginal land unsuitable for cereal or oilseed crops.  The volume of substrate required to produce cellulosic ethanol is much greater than for the corn or wheat based product, and current technology is extremely expensive. In addition, there are inevitable costs associated with moving the substrate from its origin to the processing facility. However, future developments may bring it within the mix of energy sources.

The process of anaerobic fermentation of excreta to yield biogas is well known.  The type of facility can range from single household systems (Auld states that there are 4 million such installations in India alone) to large-scale plants capable of dealing with waste from thousands of cattle, or hundreds of thousands of poultry.  In addition to producing biogas, which can subsequently be used to generate heat or electricity, these systems reduce the emissions of methane, which is the most powerful of all greenhouse gasses in terms of permitting global warming.  Even these technologies are expensive in terms of cost of producing useful energy.  Small scale facilities may be relatively inefficient and may be located far from the places where energy is needed.  Connecting to an electricity grid is also expensive and may require subsidies to encourage development.

Do we really need biofuels and alternative energy?
Known reserves of fossil fuels continue to expand.  According to the website www.poodwaddle.com, known reserves will last for over 47 years at current consumption rates.  We can assume that more reserves will be found.  Furthermore, if just a fraction of the money currently spent in subsidizing solar, wind power, ethanol and biodiesel use was spent on improving energy conservation and developing cellulosic ethanol and biogas production, fossil fuel reserves would last much longer.  While it has to be assumed that at some time in the future, fossil fuel reserves will be exhausted, and alternatives become economically viable and necessary, this is not likely to occur during the lifetime of most people now living.  The world’s economy has plenty of time to evolve before a fossil fuel-free existence is necessary.