The Pullet Growers of Canada are one step closer 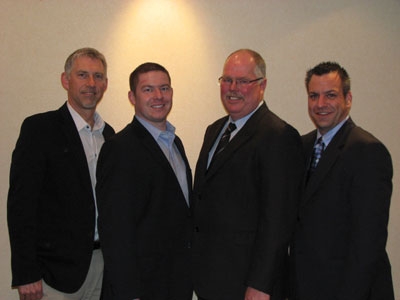 The Pullet Growers of Canada (inset) have made their formal submission to the Farm Products Council of Canada. Cal Dirks

The Pullet Growers of Canada have come a long way in their quest to become the first commodity in more than two and a half decades to come under supply management. But, it is a long road and there are a few more miles to go.

“This has been a long time coming,” said Andy DeWeerd, the PGC Chair. “There hasn’t been a new commodity to come under supply management since 1986, so it’s new for everyone involved.”

In preparing their submission, the pullet growers spent two years consulting with pullet and egg producers across the country as well as provincial supervisory agencies to gather ideas, address all questions and concerns, and ensure all details were attended to.

DeWeerd added that he is confident the pullet growers have done their due diligence and is hopeful of a positive result at the council meeting.

But once approval is received for pullet producers to form their own agency, “we will have the industry voice and price parity shared by the rest of the poultry industries,” he said.

“Being an autonomous agency will give PGC the required legal powers to make decisions on such issues as cost of production, disease control programs and housing standards, among many others,” said DeWeerd. “The time has come for the Canadian pullet industry to come into its own.”

At present, different provinces have different rules for such things as housing, HACCP and disease control.

The formal drive for a new federal agency began in 2010 when pullet growers from several provinces got together and decided they wanted supply management. At this point in time, it looks as if five provinces – Ontario, Quebec, Manitoba, Nova Scotia and New Brunswick, which represent about 80 per cent of national production – will be members from the start. But the agency is open to the other provinces and others may want to sign on once it is established, he said.

However, there are strict requirements for establishing a new supply-managed marketing agency.

In the legislation, a Part 2 agency is defined as a “marketing agency and it relates to “eggs and poultry, and any part of any such product.”

The agency will develop a marketing plan, which, under the legislation, means “a plan relating to the promotion, regulation and control of the marketing of any regulated product in interprovincial or export trade that includes provision for all or any of the following:

The pullet growers have also developed a draft Federal-Provincial Agreement. This describes the basis of the federal-provincial relationship on pullets, proposals of how the agreement might work and a quota methodology. A new agency would also be able to establish housing and disease control standards and more.

Once the Pullet Growers are under supply management, Canada’s 550 pullet growers will have the ability to recover their costs of production. DeWeerd said the growers are falling behind.