A look inside a new side by side tunnel ventilated barn with cool cells. 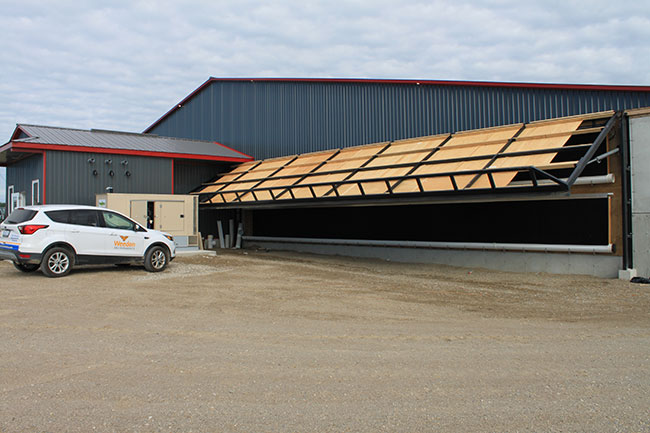 Valco Cool Cells with sufficient air speed from 72” fans will keep birds comfortable during extreme heat stress. Hydraulic covers are being installed for winter protection of the Cool Cells

The business
Brenelm Farms is a mixed operation based in Tavistock in southwestern Ontario. Run by the Wilhelm family, the business includes broilers, cash crops and, until recently, a hog operation.

The need
Last September, the Wilhelms had a sow barn fire. They took that moment to reflect on the future of their farm. “We decided the next generation didn’t like the hog business as much as me,” says Jim Wilhelm. The sow barn site wasn’t salvageable as land to grow crops on. Thus, they decided to build their fifth broiler barn there instead. 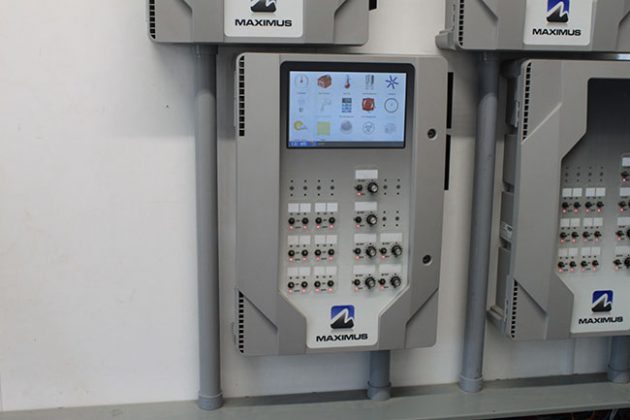 Maximus Controls allow for complete, independent control of both sides of the barn. Photo: Weeden Environments 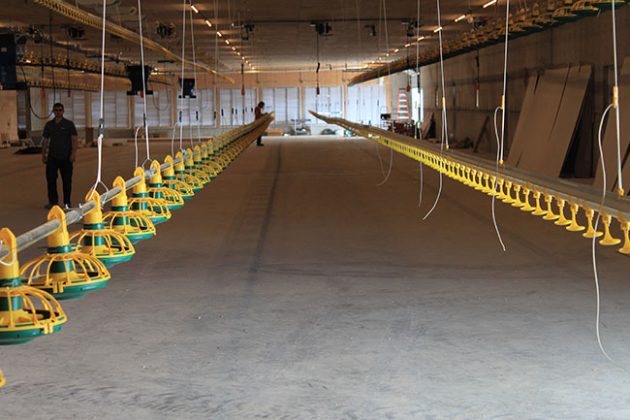 The barn
The Wilhelms worked with Weeden Environments on a 128 ft. by 268 ft. double wide, tunnel ventilated barn with cool cells. The producers already had two barns with tunnel ventilation and cool cells and found it worked well. “We will get anywhere from a seven to 10°C temperature drop on them,” says Wilhelm about cool cells, which use evaporation to naturally cool barns and reduce heat stress. To ensure the openings were sealed as tightly as possible, they installed hydraulic doors. They’ve also seen other producers with double wide buildings and figured they could reduce energy costs by brooding in half the barn. What’s more, with a new Maximus system they’re able to monitor important metrics like voltage to ground to proactively prevent problems like another barn fire from occurring.