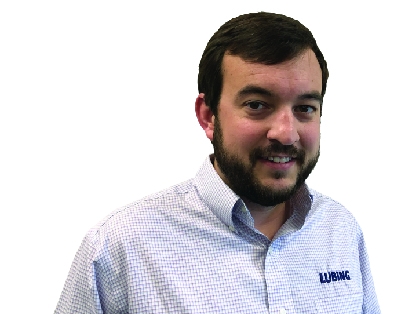 Hawk is a University of Tennessee of Chattanooga graduate with a Bachelor of Science in Mechanical Engineering.

He’s been working in the engineering department and field technical services with LUBING since January 2016 and has been directly involved in the development of several new products.

Prior to his role in engineering, Hawk grew up working jobs in the LUBING factory and learning the company from the ground up.

“We are excited to have him in this new role and are looking forward to his future contributions to our industry,” the company said in a statement.

Hicks has a history dating back to 1998 designing automated equipment for various industries.

Christopher Hawk was promoted to vice president at LUBING Systems.

“He brings a lot of technical experience, knowledge and a fresh perspective to our product offering,” the company said.

Hicks has been with LUBING since September 2008 and has helped develop new products and ideas for the poultry industry.