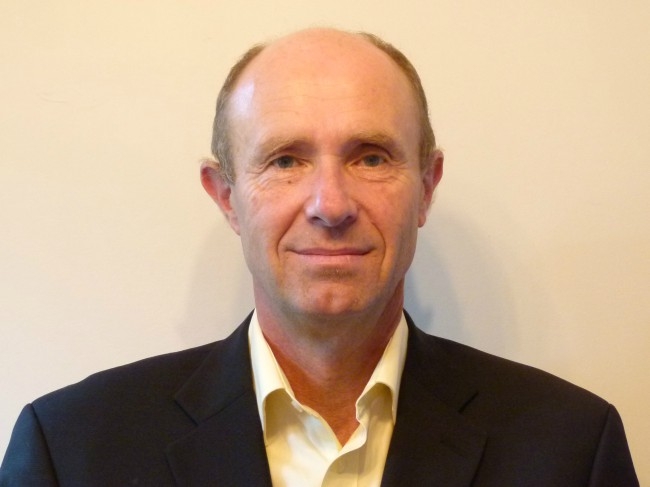 Harold Kloeze joined the CAHSN in 2004 and is currently animal health surveillance lead.

The Canadian Animal Health Surveillance Network (CAHSN) was originally an initiative of the Department of National Defense. The idea was to utilize and connect laboratories across Canada in order to have standardized methodologies, to create networks and to improve bio-containment. In their estimation, it didn’t matter so much how an outbreak of foot and mouth got into the country – whether it was accidental or intentional – they realized it would have the same impact no matter how it got there.

The countrywide network supports the initiatives of the Canadian Food Inspection Agency (CFIA), which in turn supports Canada’s ability to recognize and deal with emerging animal disease problems while providing and maintaining market access for Canadian livestock and poultry products. Partners include the animal health laboratories in Canada and the academic institutions and governments who operate them: the Public Health Agency of Canada (PHAC), and the Canadian Cooperative Wildlife Health Centre (CCWHC).

“There was a fair bit of money put into these things,” said Harold Kloeze, director of veterinary medicine, who joined the CAHSN in 2004 and is currently animal health surveillance lead. As a guest of the Be Seen Be Safe Building Better Biosecurity Communities Forum in Guelph, Ont., he described the main purpose of the initiative as basically surveillance – to draw on the disease detection capabilities of practising veterinarians, provincial and university diagnostic laboratories, and the federal government, collecting animal health test results nationally to assimilate and distribute the information to enable early warning capabilities.

The CFIA is responsible for testing of reportable diseases as defined by the Health of Animals Act and the Health of Animals Regulations. When it comes to non-reportable diseases, however, various academic, provincial and private animal health laboratories across Canada perform testing that serves different geographic areas and animal populations. Collecting and sharing data across those multiple jurisdictions is challenging because of privacy legislation, client confidentiality and technology incompatibilities between the data systems of the various laboratories.

A SHARED SOLUTION
In 2011, Kloeze and several research partners developed a guideline for a minimum animal health laboratory data set, defining 15 key points to give information for basic analysis of surveillance data across multiple jurisdictions.

“We think that this was a real success,” Kloeze said. The selected data elements do not identify the producer, encouraging voluntary collaboration and data sharing while avoiding associated privacy issues. “We don’t need personal info to do our job,” Kloeze said. “This is all business information.”

An existing web-based information platform that supports intelligence exchange, surveillance and response for public health issues in Canada was adapted to network animal health laboratories, while quality assurance and bio-containment systems have been funded and supported in each laboratory. Over one hundred diagnostic staff have been trained to ensure that national standards are maintained across all of the diagnostic laboratories.

“Our approach is not classic epidemiology,” he said. Epidemiologists often want too much data and actually end up with information overload.

“We’re not looking at an animal level. We’re working on a country level or provincial level. The information can be broken down into an animal level but that’s not what we’re trying to do.”

The CAHSN has developed an agreement that outlines the terms and arrangements of that information sharing. It’s voluntary and has been signed by the majority of partners.

BETTER TOGETHER
Kloeze counts the creation and maintenance of this laboratory network as an important component of the CAHSN. Sharing protocol is better than working independently and if there’s a major outbreak, one lab cannot do all the testing.  Sharing of information makes a small lab in Canada less isolated.

He pointed to the interchange of diagnostic techniques as being a key component in developing trust. “The conversations were stilted in the beginning but by the end it actually worked well,” Kloeze said. It hasn’t been an easy sell, sometimes taking a few years to develop enough trust to collect data. Once the data was put together though, he was hearing  “why didn’t you do this before?” Disease reports have now been or are being developed for poultry, cattle and swine. “We had no idea they would be that well received,” he said, citing 350 requests for the reports so far.

The sharing of results between participating laboratories and jurisdictions has been the first step in creating this capacity for national disease trend analysis. The information will eventually allow for syndromic surveillance – the analysis of non-specific data to allow timely identification of changes in patterns of disease occurrences and to give an early warning of emerging diseases. When a vet puts in an order for a diagnostic test, syndromic surveillance can alert of potential disease even before the diagnosis is confirmed.

Rapid identification of disease allows for rapid response and mitigation of the economic consequences, while common pathogen connections between animal and human disease can be recognized and control measures implemented.

LOOKING FORWARD
CAHSN has reached out to other platforms, such as the Canadian Network for Public Health Intelligence. They have also partnered with Sunnybrook Health Sciences Centre in Toronto to collect swine influenza virus information.

In some cases, this co-operative sharing can become an information overload. There could be 400 pieces of information every day from a source, such as the Community for Emerging and Zoonotic Disease, for example. How do you sort through that? With automated information mining, Kloeze said, where computer filters have been developed to sort the information based on a definition of importance.

Meanwhile, the CAHSN continues to tackle governance issues. Kloeze pointed to a legislative gap in Canada about who controls the national response to endemic disease. “It’s not in anybody’s jurisdiction. We have found it very difficult to get any governance in place.”

Current initiatives include setting up on mobile platforms to establish two–way communication and the development of user-defined databases. Through surveys, the CAHSN continues to define all of the components that are necessary for different jurisdictions to work together.