What happened during the AI outbreak of 2015 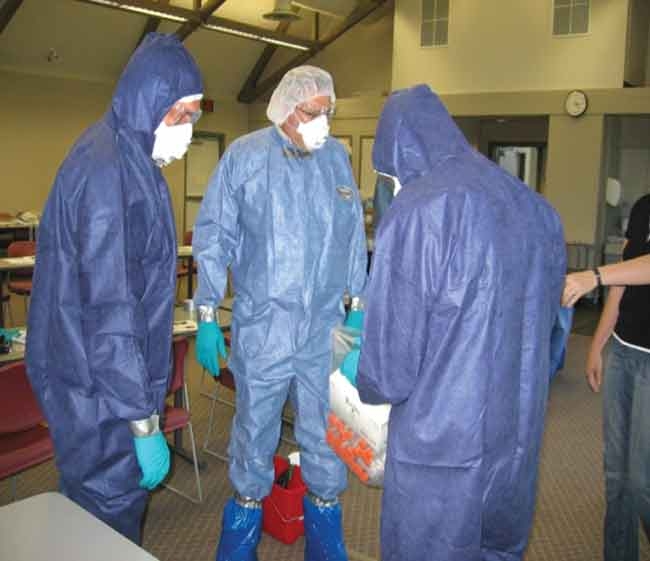 Dr. Helen Wojinski said the U.S. poultry industry was prepared for a tornado, but got hit with tsunami

The Avian Influenza (AI) outbreak may be taking a break, but is it over?

Not as far as Dr.Helen Wojcinski is concerned. As the Manager of Science and Sustainability at Hybrid Turkeys, Wojcinski is still on guard. “Is this the new normal?” she asked delegates at a Poultry Industry Council Health Day in Stratford, Ont. “It better not be.”

Starting at what she called ‘Ground Zero’ in the US Midwest in February 2015, 223 separate AI outbreaks of were documented in 15 states within six months. “When a tornado strikes you can see the path,” said Wojcinski, “but this time it was a tsunami.”

Why did this Avian Influenza outbreak get out of control? The industry was prepared for a tornado, but not such mass destruction over such a huge area. The US has an excellent surveillance program in place under the National Poultry Improvement Program, opting to test all commercial chicken and turkey flocks for AI prior to slaughter. Biosecurity programs are in place on farms as part of company and/or state association plans to minimize and control disease, including the use of tabletop simulation exercises to assist with preparedness for HPAI.  However these plans were based on infection due to a single point source – not on multiple introductions of the HPAI virus in multiple states over such a short period of time.

Initial cases in Minnesota, Missouri and Arkansas were easily contained through industry and government efforts but, as the number of cases rapidly increased throughout the Midwest, resources to depopulate and contain the infection were quickly exhausted.  At the beginning of the outbreak, the time from a presumed positive diagnosis of HPAI to flock depopulation averaged between five and ten days. As the outbreak progressed and expanded to include large million bird layer complexes, this time increased to as long as 22 days as resources became overwhelmed.

Every delay in depopulation is disastrous, said Wojcinski. Every farm needs an individual depopulation and disposal plan designed specifically for the type of birds and facilities. The goal should be to have no more than 24 hours between presumed positive tests and depopulation. The longer infected flocks remain in the field, the more viruses are shed and the greater the challenge to other poultry within the area. Who will perform the depopulation? What are the options for timely and biosecure bird disposal?

This HPAI virus primarily impacted turkeys and layers, with 80 per cent of the affected birds being greater than 12 weeks of age. From the time of exposure to the onset of disease was seven to eleven days; with airborne transmission that time was reduced to between three and eight days.

Determining whether flocks were infected based on field observation alone was often ineffective. Once clinical signs were noted – depressed activity, decreased consumption of feed and water, and neurological signs such as tremors – the birds started to die quickly, in many cases experiencing 95 per cent mortality within three days. Wojcinski noted that a drop in egg production in breeders was not a sign of the disease.

The one important question that remains unanswered is how do these viruses spread? Low pathogenic AI is fairly mild with low mortality, but high pathogenic AI is more severe: once mortality has started the flock will be dead in five days.

Surveillance will generally find the low pathogenic strains that can then be managed so they don’t circulate to susceptible flocks, but this virus got ‘fast-tracked’, said Wojcinski, possibly smoldering as a low pathogenic strain in wild waterfowl, tracking in to the Missouri River area in over one million ducks and geese that migrate through that area. “They’re flying fecal factories,” Wojcinski called the wild birds. “They don’t even need water. They bedded down on corn fields.”

That’s just one possible piece of the infection puzzle though. Turkeys in six states were affected, with incidents in two different counties within two days. Was there one source for the virus or were there simultaneous changes in the virus? We don’t know.

What we do know is that virus can ride on dust, litter, feather and crop debris as aerosol spread. Wojcinski described ‘plume modeling’, where weather data was analyzed for five to seven days before the outbreak to predict how the virus would spread at certain wind speeds. The results showed that infection was four times more likely if you were in the plume. Air samples from six layer barns and their surrounding area turned up positive results or suspect samples within 70 to 150 metres of the barns, even as far as one kilometer away.

The results of the APHIS epidemiological analysis of the outbreaks in layer operations based on producer surveys showed the chance of infection was greater within a 10-kilometre zone of an infected barn, where there was a connectedness of shared people, vehicles or production equipment, renderers coming on farm, or visits by service personnel. People remain the number one vector of transmission. Having corn in nearby fields that attract wild waterfowl also increased the risk; 35 per cent of infected barns had issues with wild birds. Decreasing the risk were factors such as a greater distance away from roads and processing facilities, increased biosecurity, and not sharing equipment.

Biosecurity needs to be site specific with adequate training and resources provided. When it comes to the actual facilities, plan construction in advance for biosecurity, protecting breeding stock from commercial facilities. “In the past we considered the whole farm as the biosecurity unit of concern,” said Wojcinski. “This HPAI virus has illustrated that our thinking and biosecurity measures must now focus on protecting each barn within that farm unit.”

Vaccination has been shown to work under specific conditions, but it has to be part of a strict biosecurity initiative. “You can’t just vaccinate your way out of this,” said Wojcinski, An effective vaccine will decrease viral shedding and replication, which will in turn reduce the possibility of viral mutation. It is important to note however that no vaccine is 100 per cent effective and infected flocks will still be depopulated.

The primary issue surrounding vaccination is the trade barriers that it imposes – vaccinating can be interpreted as an admission that the virus is endemic. Many key trading partners will ban all poultry products if HPAI vaccine is used anywhere within that country. Dr. John Clifford with USDA has clearly stated that although an effective killed vaccine has recently been developed and will be stockpiled, use of that vaccine will only be permitted under extreme circumstances.

As the industry braces for the potential of another HPAI tsunami, Wojcinski reminds producers that prevention is our number one tool followed by early detection and timely depopulation.