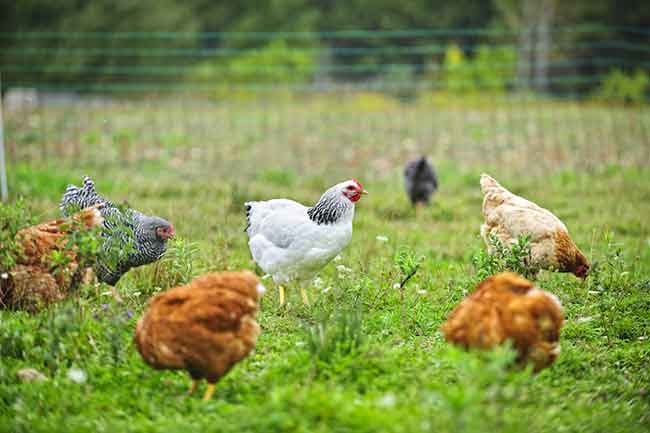 Organic production meets much of sustainability criteria, and also produces far less nutrient output per unit of input. Growth rate, egg production and feed conversion efficiency are all much lower than when intensive methods are used. Photo: Fotolia

There is no doubt that over the past two decades, the term “sustainability” has become widely used in a variety of contexts.  It also has a large range of meanings to different people, but for the purposes of this article, we shall assume the definition developed in 1987, at the time  “Our Common Future” was published by the World Commission on Environment and Development.  This stated “that a sustainable development was attained when current generations could meet their needs without undermining or destroying the future generations’ chances of having their needs met.”

First, a distinction needs to be made between “industrial poultry” systems and the much less intensive small-scale “village poultry,” still encompassing large numbers of poultry in some countries.  The latter might also include backyard flocks in developed countries such as Canada.  While many of the issues around sustainability are relevant to all systems, some are specific to industrial production and these will be given added emphasis.

Environment
In terms of environmental impact, poultry have comparatively less impact than other farm animals. The carbon and water footprints for both poultry meat and egg production per unit of output are much less than for beef and dairy cattle or pigs.  This has been shown to be primarily due to genetic improvements in productivity and feed efficiency. Nevertheless, the use of concentrated feeds has its own environmental impact, particularly with respect to the water footprint involved in producing the high density feed ingredients required. And with many of these ingredients, poultry use material that might otherwise be consumed directly by people. Another interesting consideration here is the feeding of organic poultry. The European Union has proposed to transition all poultry feed to organic sources at some future date (currently January 2018).  There is an implication here of converting to more local feed ingredients that do not compete with human food. But it is also recognized that such ingredients may not meet the needs of highly productive birds for methionine, thus leading to over-feeding protein with consequent increases in nitrogen excretion. Nothing is simple when it comes to sustainability!

Pollution is another aspect of environmental integrity. Ideally, egg and poultry production should be a component of an integrated farming system. In the past, this may have been largely the case, but in many (perhaps even most) industrial poultry operations today, manure is considered a waste, and special arrangements have to be made for its disposal. These inevitably involve transportation, with consequent use of fossil fuel causing some degree of pollution. Novel means of manure utilization such as composting, anaerobic digestion, and perhaps others as yet undiscovered or unexploited, will help to minimize impact on the environment.

Social aspects
Especially in highly specialized poultry production systems, employees have been shown to be at high risk of a variety of health problems: exposure to dust, antibiotic-resistant bacteria, allergies to antibiotics and possibly feathers and feather dander. Catching chickens for market has also been shown to place employees at high risk of injuries and illness. In some industries, contract production places farmers at both economic and physical risk, and employees at risk of exploitation in the absence of workers’ unions or negotiating capability.

Gender balance is an interesting social aspect, as in many circumstances such as village poultry production, more women than men are in positions of power and decision-making.

Breed diversity and animal welfare
Both meat and egg chickens used in intensive production come from a very limited genetic base and are bred to be extremely uniform. Conversely, village poultry and small flocks embrace a huge variety of genetics, although often poorly controlled. However, these small flocks represent a valuable reservoir of genetic material. They most likely contain adaptations to local environments, diseases and novel feed ingredients, all of which might become part of a more sustainable industrial system. To formally maintain these resources for future use has been, to date, an insurmountable task.

The point is made that in the poultry industry, a few breeding companies control a large proportion of the market.  But as long as their products meet the various demands of the market, it is difficult for this writer to understand how this compromises sustainability; competitors will surely emerge if/when new demands are not met by the large breeding companies.

In terms of sustainability, animal welfare is approached from the desires of advanced society to adopt methods that are ethical and provide animals with a secure and non-suffering existence. Most developed countries now have more or less strict regulations or accepted practices that provide such conditions, but in some areas, notably Europe, ever stricter rules are developed that make industrial poultry production increasingly difficult. It is accepted that poultry meat has evolved over the past century, from a luxury food to “the cheapest source of protein” in developed countries. The question seems to be whether the methods used in the 21st century are sustainable. There are abundant economic conflicts between the desire to produce competitively priced food and the simultaneous goals of animal welfare, corporate competition, resource conservation, and climate change.

Concentration of production is regarded as a disadvantage to consumers as it limits their choice in the marketplace. The concept of a “Concentration Ratio”(CR) has been developed to measure the market dominance of a specified number of companies. For example CR4 measures the market share of the four largest companies; in the U.S., CR4 in the broiler industry was 58.5 per cent in 2010.  Some critics have suggested that a CR of more than 40 per cent is undesirable.

Conflicting aspects
There are many areas in which different parts of the production system conflict with each other. For example, feed production may be extremely efficient, yet possibly harmful to some aspects of the environment.

A clear case of conflict arises in the area of organic production systems.  While meeting many of the criteria of sustainability, they also produce far less nutrient output per unit of input. Growth rate, egg production and feed conversion efficiency are all much lower than when intensive methods are used.

Resolution of many of these, and other conflicts, seems to be possible only when large-scale production methods are abandoned. In a perfect world, poultry would be integrated into small farming enterprises along with crops and orchards, in both urban and rural settings. How the current systems of commercial poultry production might evolve into such a situation requires a gigantic imagination. However, it is very much the norm in the many “village poultry” enterprises found around the world. In some countries, birds kept in such conditions outnumber those in industrial operations.