The Ins and Outs of Air Pollution: High levels of fine particles discovered

Particulate matter emissions from chicken barns are up to 10 times
greater than previously estimated, say University of Guelph researchers.

Particulate matter emissions from chicken barns are up to 10 times greater than previously estimated, say University of Guelph researchers.

Prof. Bill Van Heyst of the School of Engineering and graduate student Taylor Roumeliotis say the amounts of inhalable particulate matter expelled into the air from agriculture operations is significant.

“Previous estimations did not accurately reflect the emission levels,” says Van Heyst, “but with new technology we can accurately assess the concentrations of particulate matter so that effective comparisons with other industry sectors can be made.”

With increasing environmental awareness and the implications of smog and other pollutants becoming better understood, a need to know exactly how much pollution comes from various agricultural sectors is required. Fine particular matter, that not seen with the naked eye, is a major contributor to smog and is commonly emitted from animal facilities as well as many other sources, says Van Heyst.

Swine and poultry are the largest contributors to fine particulates as well as ammonia. Due to the nature of broiler chickens, and their consistency in both building design and animal care from farm to farm, the research team decided to start with poultry. Teamed up with the Poultry Industry Council and LEL Farms, Van Heyst began his collection of data. 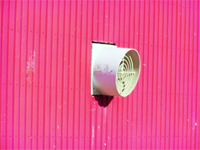 Air flow was measured along with the concentration of particulates with diameters less than 1, 2.5 and 10 micrometres, which were detected using optical sensors. A representative sample of fans were measured by forcing air through a single air hood in which the sensors were located. Using the concentration in the barn and the air exhaust level, the total amount of particulate matter released from the barn into the air could be estimated. The results were a staggering 10 times more than the previously projected Canadian levels.

“Fine particulates are problematic as when these particles are inhaled, they lodge into crevasses in the lungs, unlike large particles which are coughed out,” says Van Heyst.

Fine particulates come from feed, woodchips, fecal matter, feathers and skin dander but can also be formed by chemical reactions in the atmosphere involving ammonia. Some statistics say that a staggering 80 per cent of all ammonia – a precursor to fine particulate matter and smog formation – released to the air in Canada is from agriculture. Both animal housing and fertilizer and manure applications contribute to this large ammonia release.

Van Heyst conducted three trials with the broilers so that all seasons could be evaluated to see if variation in pollutants altered with the change in weather. Emissions collected during the winter, spring and summer were surprisingly equal. Ventilation rates increased in the summer months but concentrations of fine particulates were down in the barn meaning the total number of particulates released to the air was consistent season to season.

The collected data puts Van Heyst and his team closer to a proper evaluation of agricultural emissions with more heavily regulated industrial emissions. Once all areas of agriculture have been evaluated by Van Heyst and others, emission standards may be set and focus will swing to reduction and removal of air pollutants.

For Van Heyst and Roumeliotis, the next step will be to look more specifically at nitrogen as well as particulate matter emissions from poultry barns and then turn their attention to other animals such as swine. This will prove a difficult task because unlike poultry broilers, other animal housing centres vary from one to another with less consistency between them. Farm layout and building design are not identical, nor is the number of animals or the maintenance and care similar from farm to farm. With each change brings more variability to the study, making it difficult for researchers to interpret the variability within the measured data.

Ashley McCarl is a writer with the SPARK (Students Promoting Awareness of Research Knowledge) program at the University of Guelph.