Chicken and turkey producer thrives outside of comfort zone. 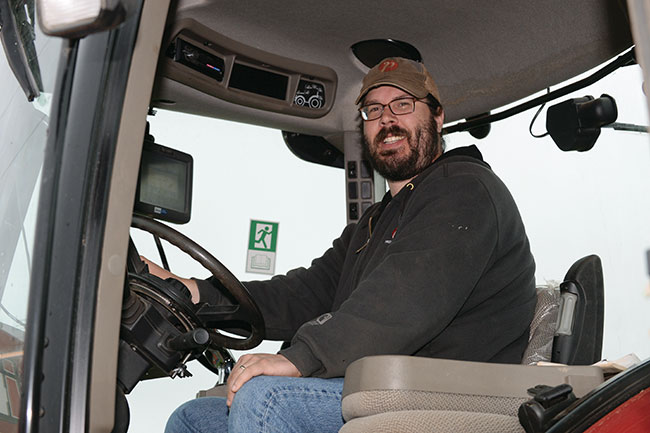 While Tim Ansems might come off as an everyday, average guy, he’s anything but. What makes him exceptional is just how comfortable he is outside of his comfort zone. That is, except for that short stint where he explored the idea of doing something other than farming.

Today, farming and family are at the centre of everything he does. One could say it defines him.

Born and raised on a mixed family farm in Nova Scotia, Ansems is one of four children to Dutch immigrants. He has an older brother and sister, as well as a younger sister. His parents raised chickens and turkeys, and grew tobacco on a farm in Port Williams, N.S.

Ansems hadn’t planned on farming. In fact, in the 1990s, he attended the University in Ottawa, where he pursued a degree in computer engineering. But listening to him talk about life on the farm makes one wonder how he could have pursued anything else.

“I do remember growing up that I would always sort of flock to my dad whenever he was out in the field just to see what they were up to,” he says.

One of the reasons he was so unsure about returning to the farm was because he didn’t understand the business side of it. It seemed unreachable at that young age. But the world of computers was booming and it seemed like the right move. Ansems had already been tinkering with the computer at home, helping his dad reformat it as needed.

During his years of study, Ansems would return home each summer and work as a labourer on two nearby farms. He picked rocks and worked on an irrigation crew on a potato and onion farm. On the second farm, he helped with the hoeing, weeding and planting of market vegetables. “That summer, I had a wide range of opportunity to do different things,” he says.

Back from the city
It was in his third year of university that Ansems realized he wanted to return to home to the farm. He talked with his brother, who was studying at Acadia at the time, and decided to transfer his credits and continue his studies closer to home. “The city life, I guess, wasn’t for me,” he says in retrospect.

During the summer, Ansems continued working on the farms and helping out on the family farm. His dad was serving on the turkey board at the time. It was there that he first heard there was turkey quota for sale. He went home and asked Ansems and his sister if they were interested in purchasing it. His dad had space in the barn at the time and Ansems was able to take on a flock while he was home in the summer.

A couple of years after he bought his first quota, the neighbour’s farm went up for sale. It was rundown, but it had a house, a barn, some land and several outbuildings. “My dad said, ‘You know, the neighbour’s house only comes available once right’,” the producer says.

A year later, Ansems met Angela, his then would-be wife. The connection was instant, and they were married a couple of years later. They have three children of their own. The kids are homeschooled on the farm, where there’s an emphasis on life and reading rather than TV and screen time. It’s a lifestyle that works well for them.

All in all, Ansems put nine years in on the boards in two separate stints. He enjoyed his time there and says it was a good opportunity to learn more about how the chicken industry works.

“The board was definitely an eye-opening journey into the chicken world,” he says. “You definitely learn the ins and outs of the industry there.”

Lauren Kenned, CFC’s director of public affairs, has had several opportunities to work alongside Ansems. She likes that he’s collaborative and engaged, even outside of his comfort zone. “He’s open to new ideas – that’s one of my favourite things about him,” she says. 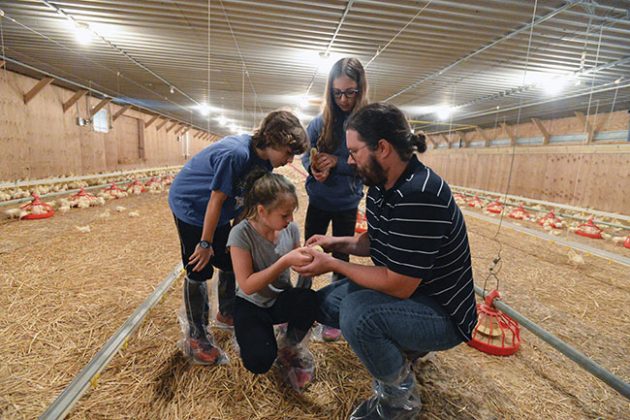 New turkey barn
In 2009, Ansems and Angela put in a new turkey barn. They had been using a five-level barn that Ansems felt was more labour intensive than it needed to be. The new barn is a two-storey turkey barn with a hot water system that uses a straw burner.

In his search for a heating system that used an alternative energy source, he came across a system out of England. It was exactly what he was looking for at the time. “It was a big learning curve,” he says. “I call it a labour of love.”

While the heating system uses more straw than he’d anticipated, it’s been a saving grace at times when fuel prices skyrocketed. “I guess I always like to give myself options,” he says.

The right choice
Today, Ansems has nearly 500 acres of land, where he grows wheat, corn and soybeans. Working with different companies, they do a lot of on-farm cropping research, testing products and new varieties. He’s still working on upgrading the farm, a project he thinks will take be a lifelong journey.

“I just like to be educated on what’s going on and try to keep on top of things,” he says. “The goal is to become more efficient as time goes one.”

Looking back, Ansems knows he made the right choice. “I enjoy working,” the producer says. “I enjoy the lifestyle. You know, working on the farm, it doesn’t seem like it’s a chore to me. I don’t wake up with regret and think ‘I gotta work today.’ You know, it’s a new day.”

“Every week I get a chance to try and do better,” he adds. “I guess it’s an ongoing competition with myself to do better. I enjoy the opportunity to be able to do that.”