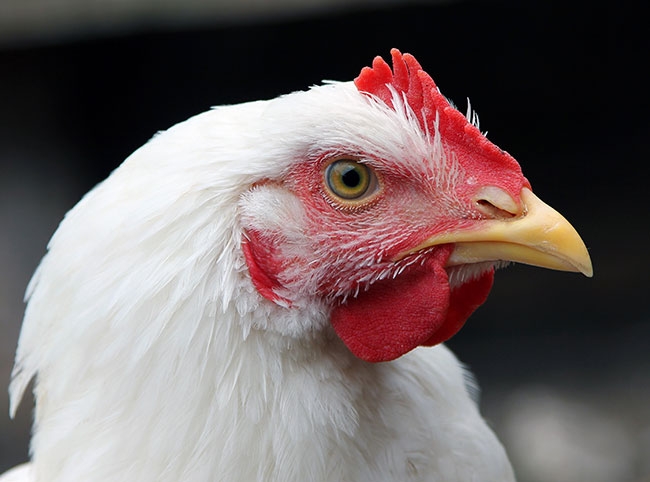 According to Jeff Cohen, vice-president of marketing and sales with Micronutrients, making the switch from the cheapest copper sulfate on the market to hydroxy would cost producers about half a cent per bird, but the benefit on feed conversion would be anywhere from 2.5 to 3.5 cents per bird. Photo: Getty Images

Although trace minerals themselves are not new, the latest products coming to market in Canada are presenting an alternative to low cost and highly soluble sulfate-based minerals, as well as the more expensive organic trace minerals.

Mineral feed ingredient company Micronutrients, which has been owned by Nutreco since 2016, produces hydroxy trace minerals for poultry diets. These are specialty trace minerals that, as a result of their unique chemical structure, improve the stability of premixes and feeds.

Two of Micronutrients’ three IntelliBond mineral source products – copper and zinc – are now available in Canada. A third, using manganese, is currently undergoing regulatory review by the Canadian Food Inspection Agency (CFIA) and has not yet been released onto the Canadian market.

According to company officials, hydroxy trace mineral products are less soluble than sulfate minerals, which means they’re less likely to react with other feed ingredients or cause damage to the gastrointestinal tract, and they’re less costly than organic trace minerals.

He added that the company’s zinc product has higher bioavailability, meaning the birds are better able to make use of the mineral in their systems. This lowers the environmental impact of trace mineral feeding.

“Both areas provide better economics for producers,” Cohen said. “Manganese is more difficult to research and determine significant areas of improvement, but research has shown us that getting trace inorganic sulfates out seems to help improve growth in breast meat yield.”

RETURN ON INVESTMENT
Micronutrients’ products fall between inorganic and organic trace minerals on the cost scale, and the company calculates the return on investment for producers in the United States at about one cent per bird for the copper supplement.

According to Cohen, making the switch from the cheapest copper sulfate on the market to hydroxy would cost producers about half a cent per bird, but the benefit on feed conversion would be anywhere from 2.5 to 3.5 cents per bird.

“We conservatively quote the benefit of improving feed conversion through improving the source of copper at a penny a bird,” Cohen said. “We grow nine billion birds a year in the U.S., so that’s $90 million a year.”

“Our zinc and sometimes manganese help offset negative impacts of disease better than sulfate and at lower levels than sulfates,” Cohen said.

AVAILABILITY
The company estimates 70 per cent of all broilers in the United States use Micronutrients’ copper product, and that zinc is being used by over half of the top 15 U.S. broiler integrators.

In Canada, the copper product has been available for several years and use has been growing steadily, Cohen said. Zinc, by comparison, has only recently been approved for sale in Canada, so adoption is just beginning.

Manganese is currently undergoing regulatory review but is not yet approved in Canada; Cohen called the Canadian approval process “one of the strictest in the world.”

“Our emphasis on doing research and exploring mode of action is leading us in some exciting directions in terms of how trace minerals bolster the immune system, help animals grow more efficiently and provide protection against disease challenges,” Cohen said. “We’re seeing the same immune improvements in swine and in ruminants too. Minerals are like vitamins, they’re very basic to nutrition and solidly contribute in all species to nutrition.”