Turkeys expected to be pricier, harder to find this Christmas 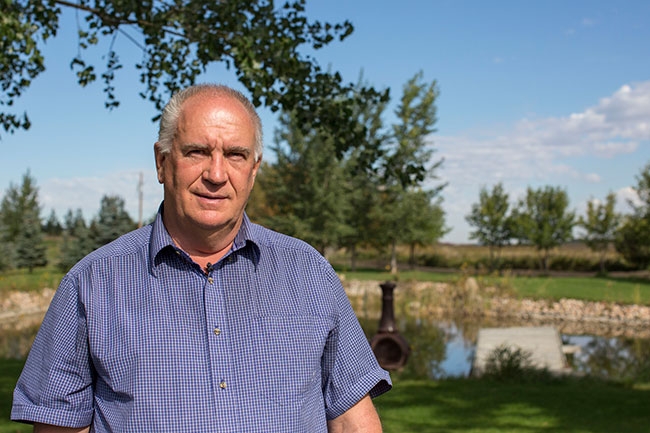 Jerry Kamphuis wants his longtime, loyal customers to get first priority this year when it comes to a Christmas turkey.

The owner of Country Lane Farms, near Strathmore, Alta., has seen such a sudden uptick in new customer inquiries this November that he’s decided to reach out to existing patrons to make sure they have a chance to get first dibs on a holiday bird.

“We’ve seen 24 new customers in the last week alone. And normally we don’t see more than about one a day,” said Kamphuis, who sells fresh and frozen turkeys direct-to-consumer and anticipates selling out this year. “Today alone there were four new people.”

If Kamphuis’s experience is any indication, Canadians appear to be scrambling to secure that perfect poultry well in advance of Christmas dinner. And the early birds may be onto something – industry experts say the country’s turkey stocks are at 30-year-lows, a fact that is being complicated by the supply chain headaches across the country.

Brian Ricker, who owns a mid-sized turkey farm near Dunville, Ont. and also serves as chair of Turkey Farmers of Ontario, said turkeys in Canada are supply-managed. That means the industry aims to match production with demand each year, thereby ensuring a fair return for farmers.

Last year, due to the uncertainties brought on by the COVID-19 pandemic, the industry cut production. But Ricker said demand for whole birds didn’t decrease as expected in 2020, and while turkey farmers are working to increase their output, there are still expected to be supply pressures this holiday season.

“It’s likely that you’ll be able to find a bird, you’ll just likely have to go to a second store to look or a third store to look,” Ricker said. “The store you’re used to shopping at, in your community, could quite possibly be sold out.”

Turkey access is expected to be most difficult in B.C., where flooding has closed highways and affected the transport of all kinds of goods, including turkeys. B.C.’s Lower Mainland is also a key agricultural region for the province, which is responsible for 13 per cent of Canada’s overall turkey production.

It’s unclear exactly how many birds were lost when floodwaters left barns and farms under metres of water earlier this month. Michel Benoit, general manager of B.C. Turkey Farms, says just two of the province’s 64 turkey growers are located in the flood evacuation zone.

However, Benoit said while there is still plenty of turkey in B.C., getting them to stores could be a challenge.

“The biggest question will be the roads,” said Michel Benoit, general manager of B.C. Turkey Farmers. “Will the roads be open enough to sufficiently allow the flow of product in and out of the Lower Mainland?”

It’s unclear just how stressed the turkey supply chain in B.C. will be this holiday season, said Maegan McKimmie, spokeswoman for the national industry group Turkey Farmers of Canada, in an email. She said farmers, processors and retailers are working together to address the implications of the flooding disaster.

McKimmie added there is “no question” there is less supply across the country this year, though she said there’s no reason for home chefs to be alarmed.

“We do not think consumers should panic-buy their turkeys this Christmas,” she said. “(They) should be able to buy when needed.”

One thing industry experts agree on, Canadians should expect to pay more for that turkey when they find it. Just as shoppers saw at Thanksgiving, prices for turkey are up as much as 25 per cent year-over-year due to the extreme drought last summer that withered wheat and other feed crops across the Prairie provinces.

“Our growers have had a difficult last year and a half,” Ricker said. “The high commodity prices caused by the drought certainly affected profitability. We’ve had to pass along higher prices, so that has been challenging.”