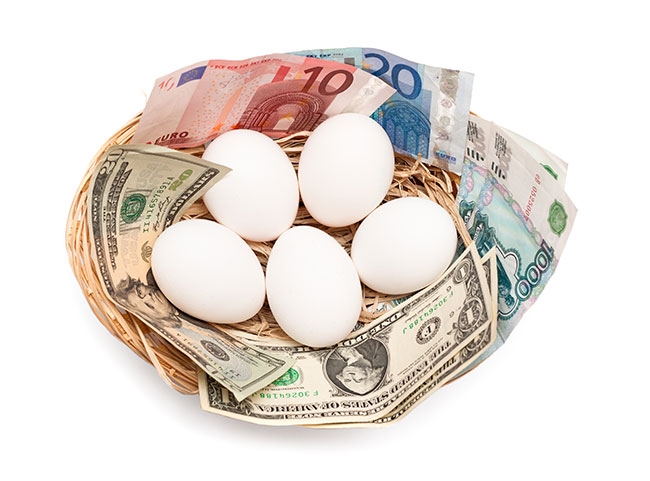 Under new leadership the U.S. has withdrawn from the TPP, criticized Canada’s supply management system, and made it a known target for upcoming NAFTA talks. Photo: Fotolia

With a new president in office in the United States, the Canadian agriculture industry and many other sectors are keeping a close eye on trade agreement developments. In general, Turkey Farmers of Canada chair Mark Davies notes, “There’s a lot of uncertainty in the farm community about trade agreements, and not just with supply managed commodities.

With unease brewing, we asked industry leaders to weigh in with some insights.

CETA
First, there’s the Comprehensive Economic and Trade Agreement (CETA) held between the European Union and Canada. This pact will be fully implemented over the next six years, but while it affects dairy and other agricultural products, it does not have a direct impact on eggs, turkey or chicken.

TPP
The U.S. withdrew from the Trans-Pacific Partnership (TPP) trade agreement in January, putting ratification among the remaining 11 nations in flux. As to whether or not Canada will be pursuing completion of the deal, Global Affairs Canada says, “Canada is open to opportunities that would strengthen free trade within the Asia-Pacific and advance our economic interests in the region.”

Canadian Poultry and Egg Processors Council (CPEPC) president Robin Horel says his association would not be opposed to Canada pursuing ratification of a TPP deal.

“Although we were not pleased with the significant amount of additional access to the Canadian market for broiler chicken, table eggs, turkey and broiler hatching eggs that the Canadian negotiators gave up when they negotiated the TPP, we understood that they made the best deal they could, taking into account the additional access they were able to negotiate for other Canadian products, particularly other Canadian agricultural products…CPEPC went on record as supporting the TPP deal that was struck,” Horel says.

However, Horel notes that if other Canadian industries could benefit from a renegotiated TPP deal, CPEPC would not be opposed, but rather expect fewer market access concessions than the current version.

“Frankly, I would have expected virtually all of the increased imports to come from the U.S., given their proximity to our market, their cost structure and our working relationship with them,” he adds. “If a new TPP is negotiated without the U.S., and if there are some market access concessions given for Canadian poultry and egg products, I am unsure which of the TPP countries would be able to supply.”

Davies does not see the current TPP terms as positive for turkey producers.

“Over the full implementation period of 18 to 19 years, as it stands the TPP allows for a 71 per cent increase in import access, the current equivalent of four million kilograms or $271 million, with a Canadian farm output loss of 4.5 per cent,” Davies says.

According to the executive director of Chicken Farmers of Canada, Mike Dungate, the TPP, as it reads now, would allow access to 2.1 per cent of Canada’s chicken market, which would have provided certainty for Canada’s chicken industry over a long period. But, he adds, without the U.S., the chicken aspect will have to be renegotiated.

Ross stated in a Bloomberg News interview that Mexico and Canada “know they’re going to have to make concessions. The only question is what’s the magnitude and what’s the form of the concessions.” He says items were missed in the original agreement, others handled incorrectly, and that “several chapters need to be added because of the digital economy and other things that have developed subsequently.”

Horel calls NAFTA renegotiations a big unknown. “I expect there will be a number of pundits that will express their thoughts about renegotiating NAFTA being an opportunity to dismantle supply management,” he says. He wonders if Canadian negotiators will believe there is something to be gained in other sectors by giving increased access to our poultry market to the U.S.

Horel also does not see a lot of opportunity for export gain in NAFTA renegotiations. “Certainly, the U.S. is a low cost producer and among the world leaders in exports of poultry and egg products. There could be some niche market gains in Mexico,” Horel adds.

Access for American chicken to the Canadian market under NAFTA is based on the previous year’s production level in Canada. This being the case, access is always increasing.

“The balance of trade is already in the favour of the U.S., so we would push back hard on any suggested tweaks,” Dungate says. “Mexico is the largest U.S. chicken export market and Canada is third. We mostly import high-value items like breast meat and wings. We have respected NAFTA from the start and have never tried to block U.S. access or any other access to our market, so it’s tiring to hear the constant myth that we block imports to drive prices up. There is an overall perception that supply management equals a closed market, but it equals a predictable market. Globally, only about 10 per cent of the world’s chicken production is traded. We are the thirteenth-largest importer of chicken in the world.”

Egg Farmers of Canada (EFC) explains the volume of eggs imported into Canada is managed by Tariff Rate Quotas (TRQs), which limit imports to a predetermined volume, keeping them predictable. Current TRQs for NAFTA are almost three per cent of each previous year’s domestic production. For the TPP as written, it’s 19 million dozen eggs per year phased in over the 18-year implementation period, and for the World Trade Organization it’s 21.37 million dozen eggs per year.

It’s expected that all other commodity groups will be watching as well. “Market access is always a concern,” Davies says. “We are not against trade. Canada is a trading nation, but we want supply management maintained.”