Millions of birds engage in feather pecking, but why? 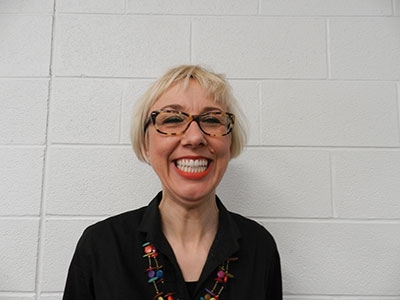 It was 1873 when Robert Oettel, a German poultry fancier, first described “feather pulling” or “feather eating.” Today, studies in the United Kingdom indicate that 78 per cent of hens engage in severe feather pecking, with similar numbers in the European Union. Bring those numbers to Canada, where there are about 22.5 million hens, and that means the behaviour could affect up to 17.6 million Canadian birds.

The answer to why hens feather-peck has eluded researchers for 140 years. “It’s an old problem,” says Austrian veterinarian Dr. Alexandra Harlander, one of the world’s experts on feather pecking in laying hens, who has recently joined the poultry welfare faculty at the University of Guelph.

Harlander posed a question at a recent lecture in Guelph hosted by the Campbell Centre for the Study of Animal Welfare: Is feather pecking redirected behaviour from food pecking, ground pecking or dust bathing? As she explains, it’s generally accepted as a multi-factorial process, involving genetics, management and nutrition.

She describes foraging as having two components: seeking and consumption. It’s possible that feather pecking is part of exploration. Hens without some sort of floor substrate, such as wood shavings, will display an increase in feather pecking behaviour. Is it possible that birds may misperceive feathers as a foraging substrate?

It is known that birds don’t mind working to find food, but do they work as hard for feathered feeds?

Harlander references her study where hens with high and low feather-pecking (HFP and LFP) tendencies were offered food pellets, loose feathers and fixed feathers as a food source. The results showed that both groups of birds ate the same amount, but the HFP hens preferred a higher-feather diet (see photo above).

But would HFP and LFP birds prefer feathers over shavings?

Birds were then individually presented with a bowl of wood shavings, a bowl of feathers, an empty dish and a bowl of mash. The HFP birds voted for the feathers.

What is it about feathers that make them attractive? Harlander described the process of consumption as follows: we see the food, touch it, smell it, taste it and decide to either swallow it or spit it out.

But for feathers, the distinction is more difficult. Feather colour doesn’t seem to make a difference; neither does feather placement. While some flocks start in pecking in one area, others concentrate on other areas and we don’t know why – research has shown no area preference so far.

Birds have shown a preference, however, for shorter feathers, choosing two- or four-centimetre feathers over six- or eight-centimetre feathers. This shows that physical characteristics are important, says Harlander. Birds also seem to prefer the tip or middle part of the feather and avoid the calamus, the stiff part.

It is possible that chemosensory cues have an influence as well. Birds preferred washed feathers to unwashed feathers, and they loved feathers soaked in garlic but avoided bitter quinine feathers.

With the quinine feathers, both groups of birds showed a reduction in severe feather-pecking bouts, but returned to their old behaviour after three weeks.

If HFP birds are so highly motivated to feather-peck, why not mix feathers into the food? Harlander says that making feathers available in the HFP feed will substitute the specific appetite for feathers and therefore actually reduce pecking activity compared with birds provided with normal feed or birds given feed containing insoluble cellulose instead of feathers.

This further led Harlander’s team to wonder if the fibre source or concentration would make a difference. When birds were fed isocaloric (similar caloric content) feeds of similar particle size, those with five per cent chopped feathers and five per cent cellulose in the diet had the same number of severe feather-pecking bouts, while providing a diet of 10 per cent feathers reduced feather pecking significantly and improved plumage condition.

However, the mechanism by which fibre reduces feather pecking remains unknown.

Harlander hypothesizes that feathers, as non-nutritive substances, may act the same as insoluble fibre, by speeding up feed passage time. Studies have shown this to be the case, with feed passage time being fastest with high-feather diets.

In summary, both HFP and LFP birds explore at similar levels, but because the HFP birds showed a specific, strong appetite for feathers, substituting litter substrate was not effective. As well, feather ingestion increases the rate of food passage and can affect gut micro biota.

Feather pecking seems to be a multi-factorial issue that affects both organic and conventional commercial operations, resulting in mortality and loss of productivity. Group housing may actually encourage feather pecking, with birds picking up the behaviour by watching and imitating other birds.

While her research at Guelph will continue to explore the feather-pecking mystery, Harlander suggests that producers experiment with genetic selection for feather-pecking propensity or spraying birds with a bitter-tasting substance if feather pecking is a problem.