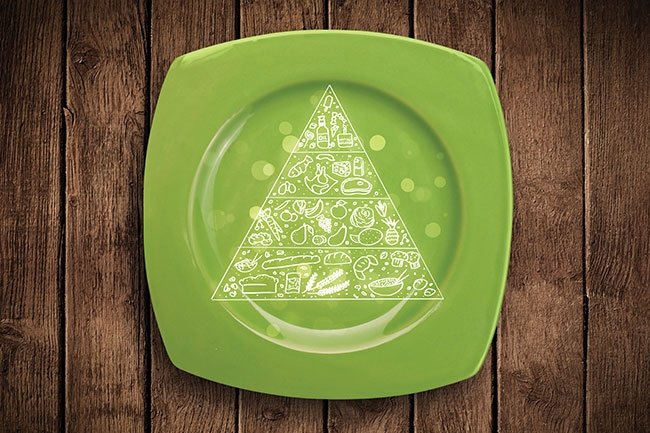 As has been done periodically since it was created decades ago, the Canada Food Guide is being updated again, this time as part of a new Healthy Eating Strategy launched by Health Canada in the fall of 2016. Chicken Farmers of Canada (CFC) and some other groups and individuals have concerns over proposed updates to the guide that relate to a focus on plant-based proteins.

“Since the launch of the strategy, CFC has been trying to have concerns addressed relating to how the new food guide not only shuts out animal protein, but has cut the nutritional expertise of many organizations out of the consultations as well,” notes CFC manager of communications Lisa Bishop-Spencer. “With the active participation of special interest groups who have been mobilized to drive changes to the guide, there are concerns that these groups are acting with the ultimate objective of dictating what Canadians can and cannot eat. A non-science-based, emotional opposition to animal proteins is not in the best interests of Canadians and their best nutritional interests. We feel that to overlook the information and expertise that agriculture organizations can offer is not in the best interests of Canadians.”

CFC has tried to ensure that the voice of Canada’s chicken farmers is being heard through a wide variety of means, such as multiple letters to the health minister, briefings with the minister of health and the minister of agriculture and agri-food and their staffs, participation in two Health Canada public consultation rounds, sending out calls to action to farmers and more.

Specifically, CFC is concerned that in the detailed summary of the new guiding principles, poultry is described as a ‘nutritious everyday food,’ but that this designation is not clear within the general description, where plant-based sources of protein are highlighted instead. “This absence of information about protein sources in the general description will mislead Canadians, as it will be the most frequently and easily read,” Bishop-Spencer notes.

“Furthermore, according to protein quantity and protein quality assessments, plant sources of protein are generally inferior to animal sources of protein, and the new recommendations fail to communicate this,” she states. “Researchers have developed many methods for evaluating the quality of a food protein; it is measured by its amino acids, its digestibility and by how well it meets human needs.” Bishop-Spencer also points out that plant-based sources of protein contribute additional carbohydrates and fat to a person’s diet, which has an effect on overall caloric intake and could contribute to establishing an overall unhealthy weight. She says chicken is the most affordable and among the leanest of the meat proteins, offering Canadians the ability to meet their daily requirements for protein and several other important nutrients, without going overboard on daily calories, fat and carbohydrates (depending on cooking method).

CFC was asked to present before the Standing Committee on Health (HESA) at the House of Commons in early June, but the session was cancelled due to several factors. CFC therefore had to submit its concerns in written form.

In his own submission to HESA, Dr. Sangita Sharma, Capital Health Research chair in Indigenous Health and professor in Indigenous and Global Health Research at University of Alberta, states that he has “learned that some of the recommendations of the new food guide…focus on promoting plant-based protein foods and recommend reducing Canadians’ overall consumption of animal-based protein foods, particularly red meat (beef, pork, lamb and goat).

Given current research from both my group and others, this is extremely concerning and we believe this could result in some negative heath impacts, including nutrient inadequacies and deficiencies.” In particular, he expresses “major concern” with Guiding Principle 1, which states that, “a variety of nutritious foods and beverages are the foundation for healthy eating. Regular intake of vegetables, fruit, whole grains and protein-rich foods, especially plant-based sources of protein.” Sharma believes “this should say animal protein and dairy products rather than protein-rich foods. Plant-based sources of protein do not provide anywhere near the nutrients as provided by animal-based proteins and certainly do not provide the nutrients we know many Canadians are lacking.”

Dr. Paula Brauer is a dietitian and epidemiologist in the department of family relations and applied nutrition at the University of Guelph. In reponse to CFC’s concern that in the guiding principles, poultry is described as a ‘nutritious everyday food’ but this is unclear within the general description, she says the principles are “very clear.”

When asked about CFC’s concern that the absence of information about protein sources in the general description of the new guide will mislead Canadians as it will be the most frequently and easily read, Brauer notes that “this has not been our experience in working with patients. They readily increase poultry intake, but face more challenges in increasing fish and legumes (research paper to be published).”

Regarding overall quality of animal protein versus plant-based protein, and whether plant-based sources of protein contribute additional calories from carbohydrates and fat to a person’s diet, Brauer seems to have no concerns. ”Everyone also has reserves and mechanisms that aim to maintain the needed mix of amino acids in the body over weeks to months,” she explains. “The body breaks down its own proteins as well as processing food proteins every day and then synthesizes new proteins. You need to have low intake for many weeks before you can develop deficiency. Current recommendations exceed the needs of most people. In practice, there is little evidence from national surveys that are being done every two years that low protein intake is a concern in the Canadian population.”

Going forward
In late June, Bishop-Spencer notes that CFC has been in communication with other dairy, meat and poultry groups, but there is no wide-spread joint effort. She concludes that “Health Canada is keeping its cards close to its vest and it has so far remained mostly ‘mum’ on what it considers the appropriate next steps, or whether it will continue to modify its guiding principles.”

CFC’s next steps include seeking meetings with key influencers, working with other producer groups and farmer organizations to continue to express CFC’s discontent with the proposed updates, monitoring media coverage, conducting research, studying consumer awareness and much more. “We will also keep farmers and industry stakeholders in the loop and on standby with calls to action, as we go through this now-delayed process,” Bishop-Spencer says.