A comparison of tunnel versus cross ventilation 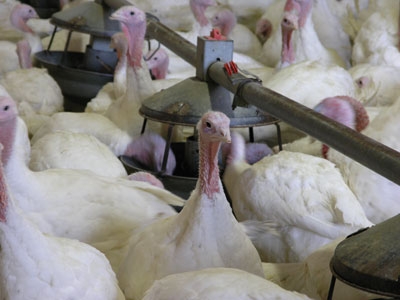 Tunnel ventilation has many benefits, all of which can positively affect your bottom line.

It’s time to look at Plan B. Things aren’t working the way they used to anymore. Everything has changed – from climate to equipment to the birds we grow. The website Berkeley Earth (http://berkeleyearth.lbl.gov/regions/canada) calculates that Canadian temperatures are trending upwards, close to an increase of nearly 7°C per century and they are accelerating.

Along with these changes, housing and equipment options have evolved as well. Growers on the leading edge of the poultry business have adopted these new technologies along the way, some proactively but most reactively. On the broiler side in the southern United States, free range gave way to confined curtain-sided buildings and solid sidewall cross-ventilated, then to tunnelled barns that required foggers to get to the next level.

Foggers then became the backup cooling method to cooling pads, but the latest trend is adding sprinklers to supplement cool pads or completely replacing cool pads to keep humidity and water consumption low. This has spread as temperatures rise, since birds get bigger and growers see positive results.

This trend is not limited to chicken. Turkey production has followed the same path, but resisted the changes, mainly due to producers insisting that turkeys were too different from chickens to benefit in the same way. But, often 10 to 15 years behind, the turkey growers have grudgingly made incremental changes to improve performance. Many turkey growers in North America have now made the jump to solid-side or curtain-side tunnelled buildings, adding sprinklers or foggers for cooling. Considering how much things have changed, maybe it’s time more of us started looking at these options, and not dismissing them as something that would never work for “our birds.”

Tunnel ventilation differs significantly from that found in typical curtain-sided natural ventilation and typical cross-ventilated chicken barns. The average bird is producing 11 BTU/hr of heat per kilogram of body weight. There are only two ways a bird can release heat on its own – through respiration (72 per cent) or by releasing it to the air (28 per cent).

Reduced feed consumption, combined with burning calories through excessive panting can be costly. All the way back in 1968, Siegel and Drury1 showed that at 85°F, taking wind speeds to 300 feet per minute or higher reduced panting rates from 150 per minute to approximately 20 – a nearly 85 per cent reduction. Additionally, Simmons, Lott and May2 showed that 600 feet per minute is the optimal air speed to take advantage of both cooling methods, but for a Canadian climate, 500 might be a more realistic target.

These results clearly show that tunnelling a barn does have benefits over natural or cross-ventilation, which simply cannot provide the air speed. We’ve built our cross systems based on air exchanges between 50 and 60 seconds, which means we have an average air speed somewhere in the neighbourhood of 50 to 70 feet per minute. If we’re lucky and are able to drive all of the air to the floor, we may see numbers close to 100. This cannot possibly create the wind chill factor of 6-8°F that tunnel barns can create.

With natural ventilation, it’s obvious that we are at the mercy of the winds, unless we install a hefty circulation fan system or move to tunnel. A 60 x 500 feet turkey finishing barn would require 25 fans at 48 inches to accomplish what eleven large tunnel fans can. Not only is the initial setup cost similar, but also the power consumption for the circulation fans is nearly double that of the tunnel fans (17 kilowatt-hours versus 10 kilowatt-hours). And the actual wind speeds at bird level will still only be around 150 feet per minute.

Although this article is geared toward summer ventilation, it is important to realize that winter ventilation can be controlled more easily in a tightly sealed solid-sided barn. Adding ceiling inlets to a building with curtains that allow 40,000 cubic feet of air per minute (CFM) to pass through cracks and drop to the floor will not improve litter conditions, heater run times or bird health as much as expected, because there will still be a large amount of air entering before the inlets even begin to open. And that is not even touching the topic of light control with regard to bird behaviour such as picking and aggression, but I have received anecdotal feedback from those with solid-sided tunnel barns that this has been less of an issue. The option for a natural/tunnel combo should not necessarily be ruled out, as some people have had success with this in turkey grow-outs.

Wind chill is also a very important part of the equation when switching to tunnel ventilation, as is the management of tunnel levels. Additionally, air speed is the basis for CFM numbers when configuring and running the system. If we want to target 500 feet per minute, we need to figure out the cross-sectional area (width x average ceiling height) of the barn and multiply by the target feet per minute (500), and then divide that result by 85 per cent (expected fan efficiency).

You could also transition from minimum ventilation around 65,000 CFM (5 CFM/ft2), keeping in mind tunnel ventilation should start around 8°F above the target temperature. At that point, the ideal wind speed should be up to about 300 FPM, with the levels at 2°F intervals, then initiating supplemental cooling methods when fans are maxed out. One detail that can’t be overlooked is static pressure: expect to see static pressure levels in the range of 0.02 to 0.06 inches of water column at the inlet end and 0.08 to 0.12 at the fan end.

The next step is to add a supplemental cooling system. An extra benefit of tunnel ventilation is that it has the great ability to move large quantities of air moisture quickly, which allows us to use evaporation much more effectively than we can with cross or natural ventilation.

Using fog or mist in a tunnel building will provide better conditions than other ventilation methods, but adding as little water as possible with a sprinkler system is an ideal way to go in all barns. Foggers can reduce the temperature significantly on dry days, but on humid days and evenings, they can be a detriment by further raising humidity. Although tunnel barns move air at the highest air speeds, birds tend to sit and therefore insulate themselves against the floor.

Sprinklers can use much less water than foggers and misters, as well as motivate these birds to stand, thereby allowing more air to move around them.

Tunnel ventilation can also greatly improve performance in both turkeys and chickens. In separate studies by Czarick3 and Yahav4, both species gained at least five per cent more weight when going from air speeds below 200 feet per minute to speeds over 400 at 85°F.

With all the other pressures on birds, including increasingly shorter growing times, increased live weight, lower feed conversions and high placement density, we need to do all we can to relieve the heat stress on the birds. There is no more effective way to accomplish this than by using tunnel ventilation – it is worth the time to do your own research on the method, as well as consult with professionals and other growers in the industry who use it.