Features Health
Guts of Growth: What does gut health mean?

And how does it relate to overall health and wellness? 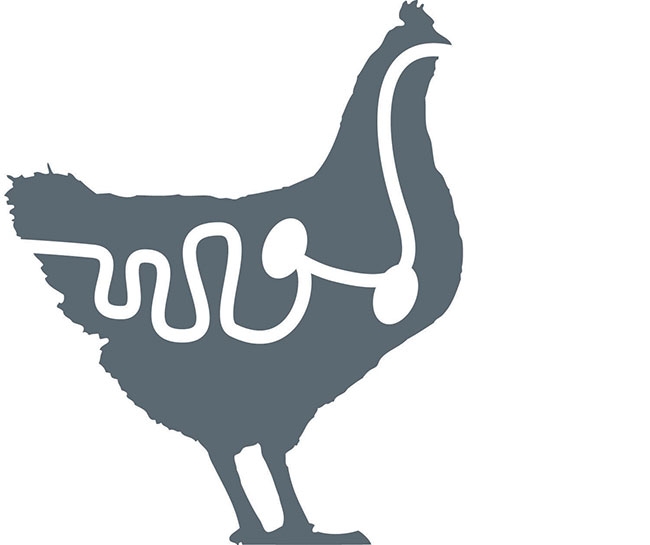 There is still debate about how gut health relates to overall health and wellness.

Global poultry production has entered an era of increased oversight of antibiotic use during live production. Being able to treat sick animals with antibiotics is important. As an industry, we must continue to do our part to maintain antibiotic effectiveness so they can be used as tools for sick animals. As with any change, there will be a learning curve moving forward.

The focus has shifted toward management re-evaluation and intestinal (gut) health. Gut health has recently become a hot topic, yet there is still debate about what it means and how it relates to overall health and wellness.

Gut health defined
One of the commonalities across commercial poultry is the gastrointestinal tract (GIT). Along with the skin, the GIT is one of the few areas of the body that constantly has access to the outside world. Simplistically, the monogastric GIT is just a tube that links the front end to the back end of an animal.  The lumen of the GIT is the inside of this tube, where outside food and other particles can pass through.

As a result, the GIT has more functions than just digestion and absorbing nutrients that can be “translated” to meat or eggs. Due to this constant outside access, the complex GIT also must act as a barrier. This barrier allows nutrients to pass through while preventing damaging molecules or organisms from leaking into the body.

Another way of thinking of this is as a fortress protecting the GIT, keeping bad forces from getting in but allowing good or tolerated forces to pass through. The fortress contains guards in the front (immune byproducts), a surrounding swampy moat (mucus, microbiota and immune byproducts), a stone wall (cells) and mortar (tight junctions), messengers to the inside guard (enteric nervous system) and the fortified inside guard (immune cells and byproducts).

Because the GIT acts as one of the many protectors of the body, maintaining this barrier and preventing leakage is essential for the overall health and well-being of the animal. This requires a balance between all sections and functions of the GIT. In a healthy state, these sections act positively in union. But if one or more sections are off-balance, then some or all parts may be unable to work together or may create a negative cycle.

All of this is happening inside the body, but when looking at the animal, you can only see the physical manifestations of the issues with regard to performance, mortality, behaviour, manure, feed and water consumption.

“That gut feeling” is more than just an expression. There are nervous system signal molecules that increase or decrease within the body during times of stress. In a poultry barn, stress can be anything from disease to environmental changes. Some of these stress-triggered nervous system signals can act on the general immune status of the animal – the animal’s ability to protect its health – as well as within the GIT. Due to the complexity of the GIT, these signals can act not only on the immune and physical barriers but also on the bacteria.

Although the immune barrier can multi-task to manage several small stressors, there is a threshold. Many stressors (e.g., wet environment, mycotoxins, water quality issues) attacking the bird simultaneously can result in immune suppression. In this state, the immune barrier does not work as well and is less able to fight against other challenges.

One of the first actions the immune barrier takes in reaction to stress or challenges is to start the inflammatory process. Inflammation can be a bit of a double-edged sword in the body; it can help a bird fight off challenges, but too much inflammation – especially over a long period of time (i.e., chronic inflammation) – can cause problems in the GIT.

When a bird is continually exposed to small challenges, the constant inflammatory reaction can break down the protective barriers of the gut, causing an interruption to normal GIT function. When opportunistic pathogenic bacteria flourish and the GIT is no longer a healthy environment, disease or changes in performance and production may manifest.

The microbiota within the GIT of a bird is dynamic, and a balanced GIT microbiota consists of a total population of diverse bacterial communities. Population numbers, communities and diversity can change depending on many factors, including the animal species, the location within the GIT, the age of the animal, parental microbiota and environmental impact (e.g., feed, water, housing, handling).

Bacteria, both individually and as part of a community, can release signal molecules and metabolites (byproducts of metabolism) that are able to “talk” with each other or have a function to act within or on the GIT. It’s becoming clear that not only the bacteria within the GIT but also how they interact with each other and on the GIT that determines the overall microbiota impact.

What does gut health look like on the farm?
Most of the information within this article discusses GIT health from a microscopic view. On a farm, producers can gauge the health of the GIT by observing the birds and their manure. If they suspect a GIT issue, they should consult a veterinarian to take a closer look at the intestinal tract. It is important to be aware of what is normal for your flock in terms of bird behaviour and poultry manure. Just like understanding mortality and culls in the barn, looking down and getting to know the “scoop on poop” can help you better understand the health of the flock and where prevention management measures could be taken.

Conclusion
The GIT is dynamic and complex, with many different barriers separating what should be tolerated (e.g., nutrients) and what should be eliminated (e.g., pathogens). Due to this complex nature, the term gut health remains open to interpretation with many debating the exact definition. For animals, this definition may be a state of physical and stress-free well-being, with an absence of GIT distress.

To best maintain the GIT barriers, there must be balance between its sections so they can act positively together. As the industry moves forward with increased antibiotic oversight, there is a new focus on management re-evaluation and gut health. Understanding the basics of how GIT barriers work will contribute to a better understanding of how to maintain intestinal health through management, health and nutrition.

Dr. Kayla Price is poultry technical manager for Alltech Canada and is an expert in poultry intestinal health.
Print this page