Enterprising farmer and grader is the guy behind the egg. 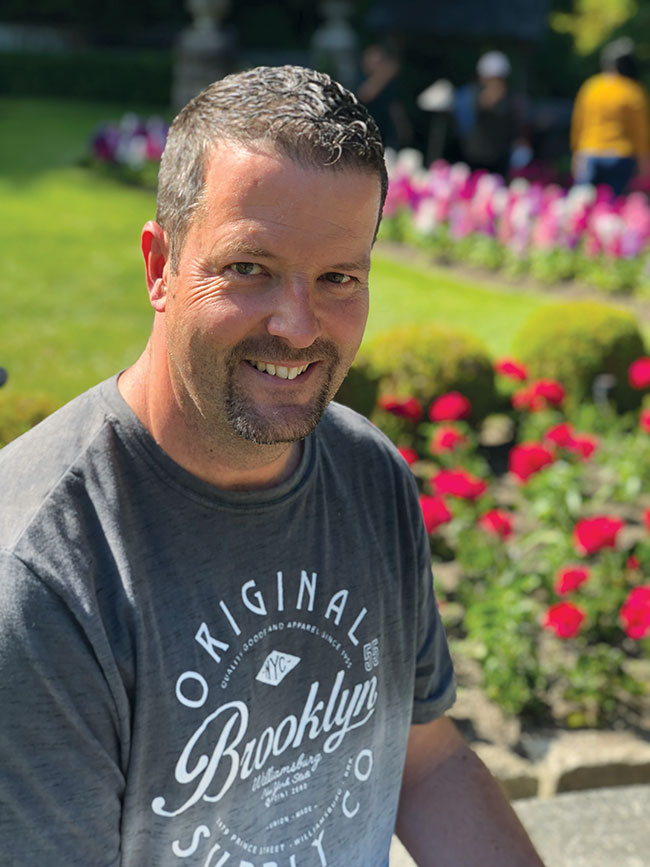 Marcel Laviolette is an egg farmer and grader based in St. Isidore, Ont. PHOTO CREDIT: Egg Farmers of Canada

Ontario egg farmer and grader Marcel Laviolette says he’s never pushed any of his kids to follow in his footsteps. But the producer’s happy that all four of them have learned to share his passion and respect for the farming life and an appreciation for the trappings of his family’s unique and flourishing egg business.

“It’s nice because they’ve grown up to love it as much I do,” Laviolette says. “We’ve always tried to maintain a nice balance between life and work and to enjoy both.”

It’s a lesson Laviolette began learning – sometimes the hard way – as a kid in 1977 when his parents bought a poultry house with 6,200 hens in St. Isidore, a mostly French-speaking village in Eastern Ontario halfway between Ottawa and Montreal. The farm also had a grading station and sold its eggs and those of a few other local producers to wholesalers in Montreal.

Over time, however, the business came to rely on a single major customer that it suddenly lost in the late 1980s. “That really hurt the business,” Laviolette recalls. “Unfortunately, my parents had all their eggs in the same basket.”

A new direction
Their family farm suffered another setback in 1993 when a fire destroyed much of their operations. By then, however, Laviolette, a high school graduate who briefly managed a local agricultural cooperative, had returned to the farm to work full-time alongside his mom Yollande and younger brother Pascal. Together, they built and opened a new grading station in 1997 and developed a new business plan that focused on regional retail egg distribution.

“The problem was that we were only selling 10 to 20 per cent of our eggs locally and most of our eggs were going to other graders,” says Laviolette, who gradually took over the business following his mother’s death in 2003. “And because there were only 6,000 hens and a grading station it wasn’t big enough to live on and support a family. So, the goal was to expand the business.”

Buoyed by a catchy motto, “The Freshest Eggs for the Freshest Customers,” the Laviolette farm focused on selling to independent and chain restaurants and retail stores across eastern Ontario and western Quebec.

Working with his wife Carolle, who for years doubled as the farm’s production and office manager, Laviolette built a network of between 300 and 400 customers that take anywhere from one to several cases of eggs each week from one of the farm’s fleet of five refrigerated trucks.

“Over time, you get your brand known,” the egg producer says. “We’re door-to-door, from the barn to the restaurant or retail location.”

To supply that demand, Laviolette has increased the farm’s number of laying hens tenfold over the past 25 years. “We’re up to 50,000 birds now,” he says. He also raises his own pullets in partnership with three other producers. “We have two facilities and my family lives a half-kilometer from one of them,” he says.

Laviolette also supplies his commercial and retail customers with a few food staples like margarine from Richardson Oilseed and fruit juices from Lassonde.

“We buy them directly from the manufacturers,” he says. “It’s a very small part of our business. But our customers really like it and it helps to maximize the stop.”

In addition to direct egg sales, Laviolette also buys and sells the eggs of nearly a dozen local producers. “We grade the eggs of about 150,000 birds in eastern Ontario, which accounts for between 15 and 18 per cent of total egg production in Ontario,” Laviolette says. “We’re a big fish in a small pond.”

In 2014, Laviolette won an Ontario Premier’s Award for Agri-Food Innovation Excellence for having been the first egg producer in the province to introduce an alphanumeric code in 2012 that signifies the date of packaging, batch date and producer.

“All of us farmers work hard to earn a living and we don’t do this for a prize,” Laviolette said when he received the award, which came at a time of heightened public interest and concern over issues of food safety and traceability.

“But when you do it makes you proud of the work you put into your operation every day.” 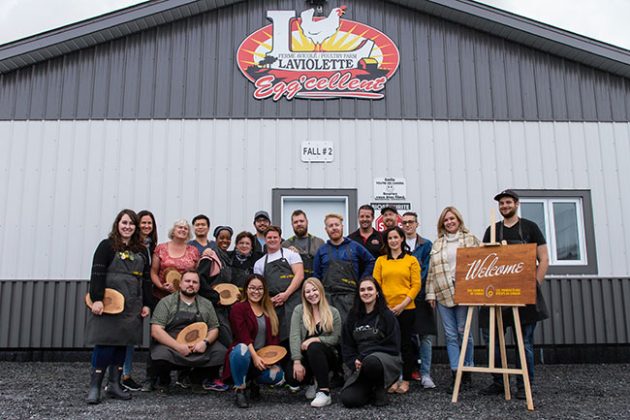 The farmer behind the egg
He continues to work between 60 and 80 hours a week to run a family business that now employs 18 full-time workers, including egg graders, truck drivers and warehouse, office and sales personnel.

Still, he says he always tries to make himself available to meet or speak with journalists or politicians. He also participates in industry events and activities. In September 2019, for example, Laviolette hosted a national chef-to-farm visit organized by Eggs Farmers of Canada.

“It was something to remember,” Laviolette says about the day-long farm tour, which culminated in a filmed, fun-filled cooking competition to promote the versatility and goodness of eggs. “It was like being on a TV show – the set up was very high quality,” says Laviolette, who was one of the judges. “I just had to be there, eating great food and drinking wine in my barnyard. It was a great way to have some fun while helping to showcase our industry.”

Laviolette is also quick to donate eggs for charitable causes or fundraising activities like community breakfasts. “I like to meet people and tell them that there’s a farmer behind every egg – and I’m that guy,” Laviolette quips. “For me, it’s important that people know and understand our passion and desire to deliver the highest-quality products possible to grocery store shelves and to their family’s dinner table. This business is all about quality and trust.”

Outside of work, Laviolette says he and his wife have always prioritized spending quality family time with their four kids: Kevin; Justin; Hugo; and Laurie. Kevin, 21, works on the farm full-time; Justin is in agricultural college in Quebec; the two youngest are still in high school and help out on the farm part time.

“When they were younger we used to go camping in a trailer in the summer together or go skiing on winter weekends,” Laviolette says. “But now we now have a cottage with all the toys where we spend a two-week annual summer vacation (and) go on weekends when we can.

“For me, you’ve only got one life to live. Whether it’s work or play, you have to have joy and have fun doing what it is you do with the people you love. That’s what it’s all about.”

Visit canadianpoultrymag.com for the full group of profiles.