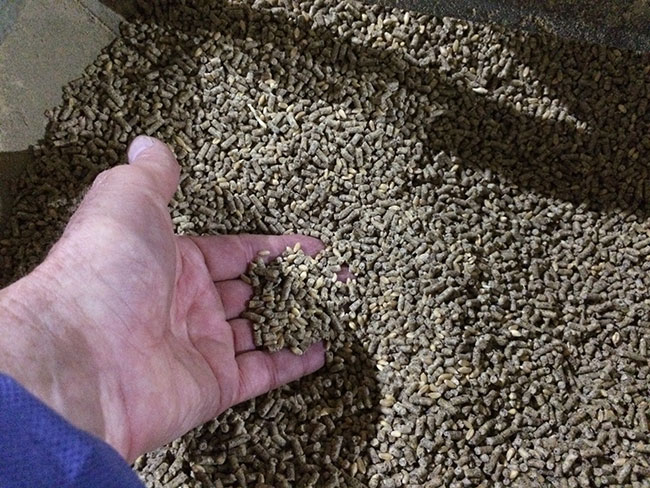 Feed formulation adjustments can assist broiler performance in cold weather, but it is not as powerful as providing good heat and air quality. PHOTO CREDIT: Cobb-Vantress

Since the onset of commercial broiler production several decades ago, the industry has made rapid progress resolving hot weather situations, but ventilation issues for cold weather remain. Technologies such as evaporative cooling, high-efficiency fans, and tunnel ventilation have made the summer months manageable for many companies. However, some still seem to struggle during the winter months where the costs of fuel, litter, and housing make good cold-temperature performance a real challenge.

There have been some great improvements for winter housing, including insulated solid sidewalls, stir fans, controllers, and litter amendments, yet adequate heating, moisture removal, and fresh air often become a challenge in the winter.

Maintaining performance
Due to typically moist conditions within the chicken house during the winter, gut health can be affected by coccidiosis and enteric bacterial and viral challenges. In many cases, the nutritionist will attempt to make adjustments to feed formulation to help maintain performance, make floors drier, and improve foot quality. The feed formulation adjustments can assist performance in cold weather, but it is not as powerful as providing good heat and air. The nutritionist, husbandry manager, and veterinarian must work together to keep performance from slipping during the cold part of the year.

Mineral and electrolyte adjustment
Typically, one of the first changes by a nutritionist in cold weather is to reduce the sodium in feed. It is well documented that lower sodium can reduce water intake and, in turn, water excretion and litter moisture. Adjusting electrolyte balance in the winter will need to be driven by footpad quality goals and the welfare and economics of footpad dermatitis versus overall production benefits.

Research indicates a minimum requirement for sodium to achieve optimal growth and FCR. But this level of sodium may be higher than that desired for optimal litter moisture control and footpad quality. In other words, your priorities should dictate how low you go in cold weather.

Some early work showed that lower sodium levels resulted in lower litter moisture. A minimum of 0.19 per cent was needed in early diets and 0.15 per cent in later diets to maximize growth and FCR. Recognizing that every situation is different, it is important not to overreact to cold weather by dropping salt levels beyond what is optimal for good performance and health and welfare.

Other research has shown that using lower calcium and phosphorus levels in cold weather will decrease fecal and litter moisture. Again, lower minerals will result in lower water intake, but too much of a decrease can impact performance.

Replacing soybean with animal protein
Several nutritionists have observed performance improvements and better litter conditions when they replaced a portion of the soybean meal with a reliable animal protein. In cold weather, this becomes a useful tool as the non-starch polysaccharides and high potassium levels in the soy meal can stress the intestinal tract.

Generally, if the soybean meal can be reduced in a broiler feed from 31 per cent to 26 per cent using animal protein and all amino acids balanced, performance can be maintained and litter can be drier.

Comparisons have been made between corn- and soy-fed broilers and broilers with a percentage of substituted poultry meal. The corn and soy group used soya oil as the liquid fat source, while the animal protein group used poultry fat. In one study, the animal protein group had the same performance results as the all-vegetable group but had significantly less water intake and excreta moisture.

When examining the diets, it could be argued that a key difference was the lower potassium levels in the animal protein feed. Even all-vegetable producers will substitute lower potassium protein sources such as canola meal, sunflower meal, and dried distiller’s grains as a partial replacement for soybean meal. Therefore, protein substitution reveals another tool to help combat poor litter conditions in cold weather while maintaining good performance.

Heating or feeding?
I have observed that FCR deteriorates when daily temperatures fall below 50°F (10°C). In many cases, producers will restrict fuel consumption by turning off brooders and furnaces, forcing bird body heat to keep the house at or around thermoneutral (70°F/21.1°C). The introduction of fresh air is then limited as efforts are made to maintain temperatures inside the house.

As bird heat is transferred from inside the house to outside the house via simple thermal transfer or through minimum ventilation, the sole source of energy in many instances is feed. With no other background source of heat, the birds will consume more feed in an effort to keep comfortable. However, I have recently seen cases when heat is generated, even in older flocks, that good FCR is maintained.

One example in the Northeast USA is the use of attic vents where sun-warmed air is pulled into the house after being stored in the house’s attic plenum. Farms that have mastered this supplemental heating method have improved FCR, a reduction in fuel expense, and drier litter.

Another system observed in Western Europe involved a direct fire boiler system using straw. The boiler was connected to a heat exchanger, which delivered warm air to the entire house. Such systems can work off multiple raw materials, including straw, wood, or cellulose pellets.

Farms with this system have shown better performance and less pododermatitis. The common theme is supplying heat — not relying on the bird-generated heat during cold weather. In both examples, more air was moved as thermostat-triggered fans cycled more often. 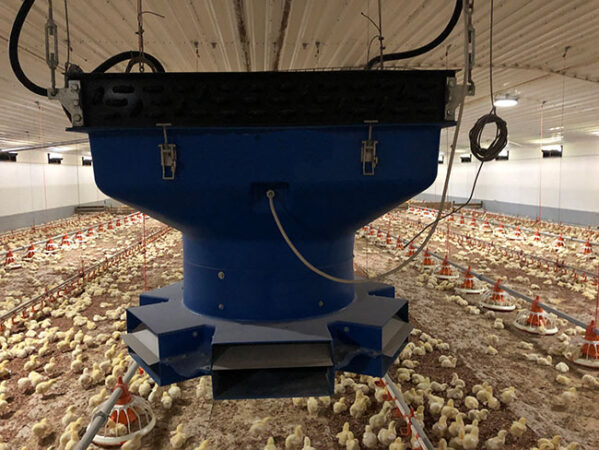 Feed formulation adjustments can assist broiler performance in cold weather, but it is not as powerful as providing good heat and high-quality air.

Propane is most efficient
Even with a pure heating fuel such as propane, it is still less expensive to heat with propane than with feed consumption. For example, consider that 1 liter of propane costs $0.66 and generates 24,024 BTUs, or 6,054 kcal. In simple terms, the cost of the propane becomes $0.11 per 1,000 kcal.

This is strictly a cost of energy comparison and does not account for the expense of moisture and nitrogen removal resulting from poorer feed conversion. Another way to view this is to consider the loss of 5 points of FCR during cold weather on a 2 kilogram bird. This is an additional 100 grams of feed consumed per bird, 313 additional kcal, or $0.10 USD in added feed cost. Had propane been used to provide the 313 calories, the cost would have been $0.0344 per bird USD.

In the poultry industry, those paying for feed (companies) are typically different from those paying for fuel (farmers). Fuel allowances have been administered with varying successes across the industry to conserve feed and maintain chicken product quality. For the overall benefit of our industry, we need to continue to work on this concept.

This is costly but most certainly less costly than allowing FCR to increase. In theory, extra calories offset bird heat lost to the environment without creating added intake in protein and minerals.

It has been observed that higher energy feed results in less water intake, most likely due to lower feed intake. Other nutritionists have noted that raising feed energy levels during cold weather did not alleviate lower performance. It may be prudent to evaluate feed energy adjustments on a few flocks before instituting this change.

Conclusion
There have been some feed or water additives that have reduced fecal moisture. These include bentonite, turmeric, yucca extracts, and betaine. Not to discount these, but attempts should be made to control the house environment through management and basic nutrition without resorting to the expense of additives.

There are times, however, when the nutritionist must try some of these products. Maintaining cold weather performance can be challenging and can be accomplished with an integrated approach by the housing manager, farmer, veterinarian, and nutritionist spending time on the farms evaluating and discussing the best options.