With regard to animal welfare, the goals of producers, processors, and graders should be the same 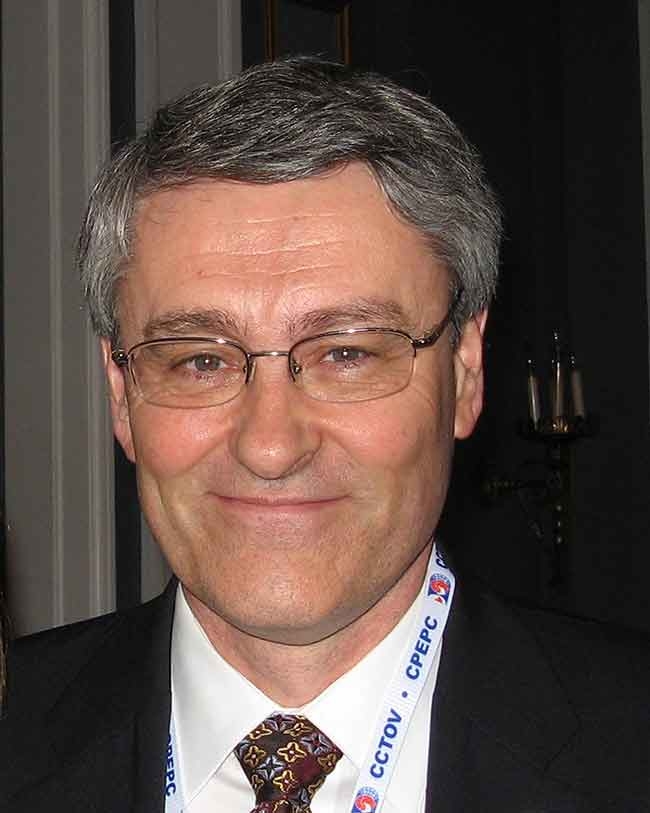 If you do a Google search of the Internet, 157 million definitions of sustainability will come up. Is sustainability meeting the needs of the future and the present at the same time? Or is it really just producing more with less?

For some, sustainability means simply having food, while for others it may involve parameters such as ethical production; it’s simply not simple to define.

As president and CEO of the Canadian Poultry and Egg Processors Council (CPEPC), the Saskatoon native admits he’s no expert, but even with the simplest definition, Robin Horel can see that poultry and eggs have some advantages over competing protein.

But as Horel explained, there are many other factors involved in sustainability. His list begins with environmental impact, food safety, worker safety, animal health and welfare, and food affordability, growing from there, with varying levels of importance based on each factor.

Sustainability can mean different things to different people. Industry, farmers, activists, and consumers – everyone has different ideas. Around the world, a consumer’s definition of sustainability in terms of food will often depend on his or her economic situation.

What does the Canadian consumer want? Teams of people across the industry are trying to figure out the answer to this question. According to the Retail Council of Canada, Canadian retail consumers primarily base their choices in food service and retail on price, quality and food safety, with factors such as local, welfare and the environment becoming more important.

“It’s a changing consumer; not easy to follow,” said Horel, “but we have no choice.”

Look at eggs, for example. The retail shelves for eggs used to be about six to eight feet long, with white or brown and a few size choices. Now there are white and brown with half a dozen methods of production: organic, free range, Omega 3, raised without antibiotics. The claims are endless, and each claim carries its own segregation, labeling and auditing considerations. Other poultry products fall under the same claims, which can also include different processing methods.

One factor is sure though, “It comes at a price,” said Horel. It’s hard to know what the consumer wants, but we’re giving them as much choice as they’re willing to pay for.

Horel pointed out that above all, Canadian customers and consumers prize safe food. Any recall issues for any poultry product not only affect consumer trust in that particular product but their trust in all poultry products.

Brands are also important to the Canadian customer. If a supplier doesn’t tow the line, brand protection comes to the fore with videos or recalls resulting in suppliers being dropped; processors and graders will also cut off a farm to protect their brand.

As for label claims, Horel said don’t bother using up label real estate to suggest that chicken or turkey contains no hormones because it’s a waste of time and confusing to consumers. We are fortunate to have CFIA guidelines to guide labeling, said Horel. Under their guidance, you are not allowed to claim ‘no hormones’ unless you also say, ‘like all other chicken’. The label claim of methods of processing is generally acceptable, as long as they aren’t linked to further implied benefits. A good example of this would be high-pressure pasteurization, which is effective against listeria in packaged turkey or chicken products. You can tell the consumer that you’ve used the process, but you can’t claim it’s safer than other products as a result.

At the producer level, food safety is still at the top of the list. On-farm food safety programs need to be mandatory, with transparency maintained from processors, graders through to hatcheries needing information so they can provide traceability.

Looking forward, Horel suggested that two poultry food safety issues on the radar are salmonella and campylobacter. A new baseline survey report by CIPARS (Canadian Integrated Program for Antimicrobial Resistance Surveillance) will soon be released to the public indicating salmonella levels are “not as good as we’d like”. The pressure to reduce salmonella will intensify very soon, and the pressure will be on farms, starting with hatcheries.

Another issue in the forefront is the transition to enriched cages. Consumers often don’t know the trade-offs involved with such changes to the production system or how pressure on one area of production would “yank the wheel out of round” since all production components are inter-related.

As Horel explained, when you take laying hens out of cages there are going to be consequences: an impact on economics, on food affordability. There will also be increased pressure on the environmental component and possibly food safety. “If you don’t manage this properly you may adversely affect animal welfare, which is why you made the changes in the first place.”

Euthanasia is another difficult animal welfare issue to deal with, not only for the customer but also for farm workers, while loading and transportation is part of the production process that is most visible to the public as trucks moving down the highway. Preventative use of antibiotics and disease control also rank high on the list of issues under consideration.

“The result of processors and farmers having the same goals, if we are successful, is that we will not have to have multiple standards, audits, segregation issues, and confusion for consumers,” said Horel. “In order to get there, we need to translate the codes of practice into on-farm, practical terms.”

With regard to animal welfare, the goals of producers, processors, and graders should be the same: to ensure our customers have faith in our national animal care programs. They should trust that we are good caretakers and take our job very seriously, and that non-compliance is not tolerated. They need to trust that our codes are a good standard, and trust value chain members as an information source to deal with questions and undercover videos.

Horel listed five basic principles that need to govern animal care programs: they need to be national, based on the codes of practice, mandatory, third party audited, and transparent. Egg Farmers of Canada (EFC) and Chicken Farmers of Canada (CFC) have both agreed to these five principles and their animal care programs reflect this; Turkey Farmers of Canada (TFC) is moving to acknowledge the five principles within their Flock Care Program by the middle of next year. CHEP, Canadian Hatching Egg Producers, are the furthest away from the customer but, as part of the supply chain, the spotlight is going to hit them soon. As Horel says, “the pressure is on.”

In the end, what does sustainability mean for the poultry industry? Transparency, cooperation, and common goals of food safety, animal welfare and health, said Horel. These goals have to be shared by all to continue to build public trust in farming in Canada, in our industry and our products. If the per capita consumption numbers for poultry are any indication, we’re doing the right thing.