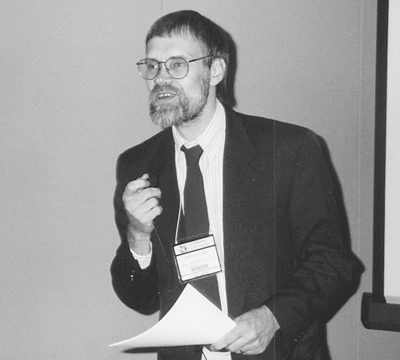 Dr. Paul Aho, a consulting poultry economist based in Connecticut, gave poultry processors some perspective of the world poultry meat industry at a Poultry Session during the Canadian Poultry and Egg Processors Council convention in mid June.

He said the credit for this can be shared between the chicken breeders, the seed breeding companies, by improved disease control, by nutrition and by improved management practices. “But probably the most important factor was the genetic improvement achieved by the poultry breeders.” He then displayed a chart summarizing that change in performance (see Figure 1).

At the start of this period, Pullorum disease was rampant, there was little information on nutrition and the importance of vitamins, and the available breeds had “miserable” performance compared to today’s birds. In fact, basic nutritional information was often discovered by poultry scientists, Aho said. He added that progress in the poultry industry will continue, “But we have already achieved the easiest gains.”

The development of hybrid corn was a big help to the poultry industry because during the first two decades of the 20th century corn was valued at U.S. 75¢ per bushel, which in today’s terms converts to $600 per metric ton. Now the price is around U.S. $175 per tonne. “Can you imagine what chicken meat would cost today if we had a feed conversion ratio (FCR) of 4.7 using $600 per tonne corn?”

Aho stated that the development of the Internet in the 1990s will have a large impact on business in the next five years. “Some say if you’re not an Internet business, five years from now you won’t be in business,” he said.

In outright tonnage terms Aho expects China to increase chicken meat production by far the most–from 0.9 million tonnes in 1985 to 8.8 million tonnes in 2005. However in the 10 years from 1995 to 2005, Russia, India and Central Europe will join China in the group of countries that will have doubled production. He forecast that Indonesia, Brazil, and many Latin America and Asian countries will increase production in the 70 per cent range. The USA, Canada, Argentina, Africa, Thailand, and Mexico are expected to increase production in the 40 per cent range during this same decade.

According to Aho the growth in chicken production in China is fuelled by increased incomes and an elastic demand. In other words, chicken is one of the first things they will buy as income improves. In contrast, Russian production in 1995 was only a third of what it was in 1985. “For them, everything has gone wrong. Management, vaccines, genetics—all of them are not up to scratch. But their production will have come a long way back by 2005.”

India has almost the same population as China but vegetarianism will cause chicken production increases to lag behind. Central Europe—once called Eastern Europe—is going through the same restructuring process as is Russia, but it is doing it faster. Central Europe was once the breadbasket before the fall of the Iron Curtain, with feed ingredients cheaper than in Western Europe. “I expect them to be a major poultry producer in the future,” Aho said.

For religious reasons most Indonesians don’t eat pork, “But they love chicken and as in China extra income will allow additional protein in their diets and chicken will be the source.” Aho said he expected Indonesian income and chicken production to grow rapidly after some current problems are resolved. Brazil has the biggest advantage for chicken production in Latin America and he suggested that very rapid growth will continue there.

The U.S. and Canada are “Maturing” countries and while consumption will increase, it will do so at a lower rate. However, Aho stressed, “But that doesn’t prevent significant increases in profits through additional value added production.” In contrast Argentina is “saturated” with meat. “They are still eating 60 kgs of beef per capita,” Aho said, “And the poultry industry will have a tough time increasing consumption of their product there.”

Aho virtually dismissed the potential for growth of the poultry industry in sub-Saharan Africa because of rampant political problems on that continent. Thailand prod-uction is being held back by high tariffs on imported grains. In Mexico, growth in chicken consumption may be 40 per cent, but Aho suggested some of this will flow in from the U.S. Like much of Africa, political problems in the Middle East will limit growth there. And like North America, the maturing poultry economy in the EU and competition with other meats, such as pork which is such a favourite in Germany, will slow their growth in chicken production. Japan, which is at the bottom of Aho’s chart has tremendous annual labour costs—as much as Can $70,000 for a poultry farm worker—plus very high land and grain costs. “So I expect a drop in production there of 6 per cent during the ten years ending 2005.”

“But overall I’m forecasting an increase of 54% in world chicken production between 1995 and 2005, and in both rich and poor countries.”

To forecast the trend in the wealthier countries, Aho suggested his audience look at what happened in the U.S. over the last 40 years. “The ratio of whole and cut up chicken changed drastically, adding value. Whereas virtually 100 per cent of chicken was sold in “whole” form in 1960, by 2000 only 40 per cent is sold whole.”

Aho added that since 1960 there has been little increase in the retail sale of whole chicken—which was around 20 lbs per capita. “The biggest increase in chicken consumption is from sales of further processed, which has climbed by 10 kgs per capita—a tremendous increase.”

Aho suggested that the growth in the Asian economies will continue in 2000. The economies of the U.S. and EU are also expected to grow. Aho said that it was conceivable that a “stock crash” could interfere with U.S. growth but suggested that a “soft landing” would be engineered by the Fed’s Green-span.

“No matter which country we’re talking about, the Internet will have a significant effect on the poultry industry. It won’t go away and it will affect agriculture as a whole.”

Aho characterized the Web-based value chain as a partnership between distinct segments of the production/ supply chain. Each member of the supply chain pursues their own business objectives but until now have ignored the efficiency of the chain as a whole. He also stressed that this could be just as true for segments within an integrated company as for a value chain made up of a series of separate corporate entities.

In the future, Aho said that the performance efficiency of the entire chain must be optimized and interaction over the Internet would be the tool of choice. “Companies will make radical shifts as they realize it is better to cooperate than to go their own way.” Aho added, “This could conceivably cause some de-integration in the U.S.”

He described the adoption of internet technology as allowing individual companies to take advantage of the benefits of “virtual integration”.

Dr. Paul Aho closed his presentation by predicting the world economy will grow 3 per cent in 2000, poultry consumption will show rapid growth and that the Internet will have a lot to do with this.

He said that industry consolidation had been slow recently but suggested that succession problems in the family-based businesses may even-tually trigger changes.

Still responding to questions, Dr. Aho said that China would consume all the chicken that they could produce plus a whole lot more, but would be involved in arbitrage, because they are a great trading culture and would both import and export product. He said that some poultry production in Russia had been located north of the Arctic Circle. This industry is now being moved south, closer to the country’s grain belt. Aho suggested that Russia’s northern cities might import chicken while chicken produced in the southern part of the country could be exported south through the Caspian area, “So, they too may be involved in the mix of both imports and exports. Overall, I suggest that international trade in poultry will be in the region of 10% of total world production, so most chicken will still be eaten within the country of production.”