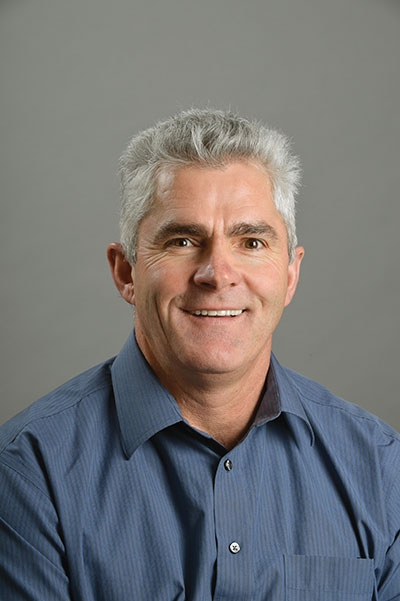 Yvon Cyr says he had to challenge his own thought processes when it came to running a sustainable farm business. Chicken Farmers of Canada

When describing his farming philosophy, poultry producer Yvon Cyr is quick to say his farm has succeeded because he hasn’t shied away from working with other producers – so all farms can benefit and flourish.

“We’re stronger together,” says Cyr, noting the approach has served him well through the first 25 years of his farming career.

Cyr had actually started on a career path in policing but realized the lifestyle wasn’t for him and he wanted to be closer to home, so he took a job at a local feed mill in northern New Brunswick. When the opportunity came a few years later to buy the family farm from his retiring dad, Cyr made the leap.

But when he started farming in October 1987, the poultry business was not great.

History reveals it would get better, but at that time Cyr had to challenge his business thinking to survive.

His farm, Ferme du Moulin Inc., is located in Saint-François-de-Madawaska, a village with approximately 550 predominantly French-speaking residents in northern New Brunswick. The location is off the beaten trail and in a region that commonly buys in crops such as corn and small grains. Cyr recognized his location put him at a competitive disadvantage, particularly with higher costs required to bring in farm supplies.

As a solution, Cyr joined a buying group in the early 1990s established by his father and brother (a turkey producer), along with five other local poultry producers. It started out casually enough as the producers began batching their orders for supplies like feed and medications.

“Together, as a group, we could increase our buying power,” says Cyr, adding that it allowed them to begin controlling costs with volume discounts and shared transportation. Over time, the group began to do more co-operative buying together. In 2002, the producers decided to formalize their collaborative arrangement and formed Groupe Westco Inc., with all six producers as shareholders.

The timing seemed right – the group members were keen to secure their future in a rapidly changing industry environment. The closure of a Maple Leaf plant in Sussex, N.B., during the mid-1990s prompted producers in the province’s south to begin transporting birds north for processing. Cyr says some of the affected producers who were nearing retirement instead opted to sell their quota holdings, which were bought largely by producers in his northern area, supporting expansions.

For Cyr, his quota holdings grew from 635,000 kilograms of broiler production to 3.5 million kilograms, with much of the growth coming in the late 1990s. His farm has since grown to three sites with 12 broiler barns, ranging from 14,000 to 60,000 in bird capacity.

With the other producers in Groupe Westco Inc., Cyr says his people regularly attend poultry shows in Ontario, the U.S. and Europe to keep abreast of industry trends. Their findings in equipment, technology and techniques are used to help modernize the barns.

He describes his barns as being pretty typical with controlled ventilation and lighting. Also, the birds are monitored using scales to help manage weight gains and overall production tightly.

“We can’t change the equipment every two years, but we follow trends and do what we can to ensure the birds are comfortable and in a modern housing environment,” he says.

Through Groupe Westco Inc., the producers continue to explore ways to manage risks to their farm businesses. Cyr and the others have diversified their farm portfolios beyond broiler and turkey production to include eggs and a broiler hatchery.

They have taken their spirit of working together to forge partnerships and joint ventures with those involved in areas such as egg grading, converting chicken manure into top-quality organic fertilizer product, as well as barn cleaning and disinfecting. In the fall 2012, the group also opened its own processing plant in partnership with Olymel as a means for members to guarantee a processor for their birds, to open the possibility of marketing their product to more than one customer and to control the process from hatching to consumer.

Combined, the Group Westco Inc. producers are responsible for 20 million kilograms of broilers, three million kilograms of turkey, 80,000 broiler breeders and 200,000 layers. Between the processing plant and the various farms, more than 375 workers are employed by both the individual and joint farm-related businesses of the six poultry producers.

Cyr believes a big part of why their producer group has worked so effectively is its members’ approach to decision making. “We make all decisions by consensus,” he says, “and we’re careful to be sure each person is considered, sharing in the risks and benefits equally.”

Cyr credits his employees and his family for enabling him to have a vibrant farm business, and maintain balance so that he can watch his sons at hockey games and enjoy quality family time.

He and his wife Linda have four sons: Pierre-David, an economist for Groupe Westco; Charles-Francis, a cabinet maker; Andy, studying to be a teacher; and Samuel, who is in high school. All the boys have spent their summers helping in the poultry barns.

Giving back is important to the Cyr family. They actively give time and financial contributions to a number of charities. Also, as part of Group Westco, they host an annual barbecue the first Saturday in June in support of the Canadian Cancer Society.