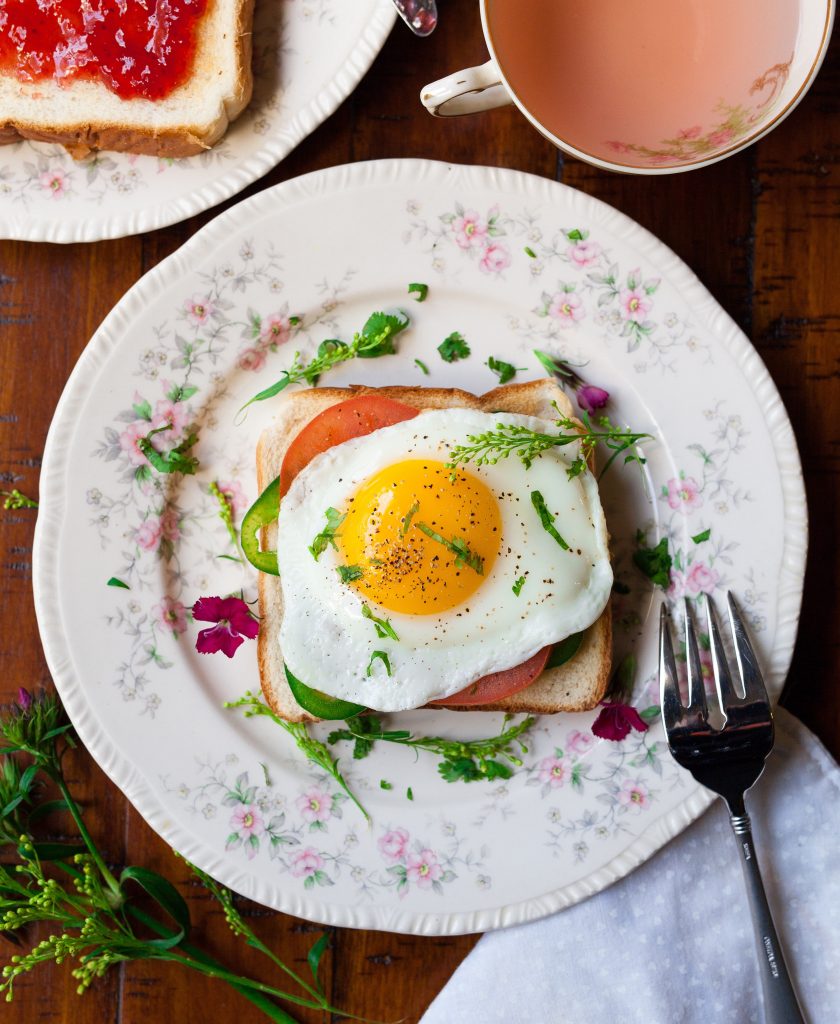 Photo by Joseph Gonzalez on Unsplash

Research has shown that the consumption of long-chain omega-3 polyunsaturated fatty acids provides a myriad of health benefits, including lowering the risk of cardiovascular disease and death.

Yet, few Americans are consuming enough of this vital nutrient to reap those benefits, a deficiency researchers in Penn State’s College of Agricultural Sciences hope to change by fortifying foods people frequently eat — eggs and chicken — with the heart healthy long-chain omega-3 fatty acids.

“With the incidence of obesity, heart disease and insulin resistance increasing toward epidemic proportions in the United States, people must make changes to improve their health,” said Kevin Harvatine, associate professor of nutritional physiology in the Department of Animal Science.

“Production of nutritionally enriched eggs and poultry meat will help consumers meet health goals and help egg and poultry producers to increase the value of their products.”

Harvatine and Robert Elkin, professor of avian nutritional biochemistry, have collaborated in this research area since 2011, conducting numerous studies at the Penn State Poultry Education and Research Center with both laying hens and broiler (meat-type) chickens. Elkin has expertise in poultry nutrition and a long history of work aimed at modifying egg cholesterol content, while Harvatine has expertise in lipid (fat) nutrition and metabolism in dairy cattle.

The researchers explained that alpha-linolenic acid is an 18-carbon omega-3 fatty acid found in flaxseed, walnuts, soybeans, nut oils and leafy vegetables. It is one of two essential fatty acids that the human body cannot produce on its own but is vital for cardiovascular, cognitive and immune system health. It also is touted for its anti-inflammatory properties.

The other essential fatty acid, linoleic acid, is an 18-carbon omega-6 fatty acid commonly found in corn, many vegetable oils, and a wide variety of snacks and fast foods. While omega-6 fatty acids can be beneficial, consuming too much — which many people do — is not good because it promotes inflammation, Elkin pointed out.

In addition, linoleic and linolenic acids compete for the same set of enzymes in the liver that convert them into longer-chain derivatives, which have opposing functions in the inflammatory process. As a result, when the ratio of omega-6 to omega-3 fatty acids favors the former, fewer heart-healthy long-chain omega-3 fatty acids are produced by the liver and transported to tissues such as the brain and retina, where they have other important physiological functions.

Harvatine said omega-3 needs vary, but, in general, healthy adults should set a target of about 250 milligrams per day of each of the two most important types: eicosapentaenoic acid and docosahexaenoic acid — commonly referred to as EPA and DHA, respectively. For people with known heart disease, higher dietary intakes are recommended.

EPA and DHA contain a greater number of carbon atoms and unsaturated double bonds, and because their consumption is associated with a lower risk of cardiovascular disease, they are referred to as the heart-healthy omega-3 fatty acids. Foods rich in long-chain omega-3s include fatty fish such as salmon, tuna, mackerel and herring; however, few people eat two to three servings each week per American Heart Association recommendations.

“Some people don’t like fish, can’t eat it due to allergies, or simply can’t afford it,” Harvatine said. “Whatever the reason, most don’t meet the requirement. And, if every person on the planet ate the number of fish needed to achieve omega-3 targets, there would be no fish left — it is just not sustainable.”

While over-the-counter supplements are available, the researchers believe it is better to reach omega-3 nutritional targets through food such as enriched poultry meat and eggs because, as Elkin noted, “it’s perhaps a more effective way to reach a greater number of people who are concerned about health risks (methylmercury) associated with consumption of certain fish species, the sustainability and environmental effects of aquaculture, or simply prefer to not eat fish for a variety of reasons.”

Eggs find their way onto American plates with frequency. According to the American Egg Board, per capita consumption of eggs is about 267 a year, which works out to about five eggs per person per week. In addition, Americans consumed approximately 91 pounds of chicken per person in 2017, according to the National Chicken Council.

Unlike typical nutritionally enhanced eggs found in grocery stores, Harvatine’s and Elkin’s goal is to create poultry products that are richer in long-chain omega-3 fatty acids but lower in omega-6 fatty acids. Although the chicken is able to convert the 18-carbon omega-3 fatty acid found in plants to the heart-healthy long-chain omega-3s, the process is very inefficient. Humans also have a very limited ability to convert linolenic acid to EPA and DHA.

In a recent study published in Lipids, Elkin and Harvatine hypothesized that reducing the dietary level of linoleic acid (the 18-carbon omega-6 fatty acid) would promote greater conversion in the liver of linolenic acid to EPA and DHA, while supplementing the hens’ diets with a high-oleic acid soybean oil would simultaneously further enrich eggs with oleic acid without influencing egg EPA and DHA contents.

Oleic acid is the principal fatty acid found in olive oil, which is the main fat source in the Mediterranean diet, heralded as one of the healthiest diets for cardiovascular disease prevention.

The researchers found that, as compared to controls, supplemental dietary flaxseed oil resulted in an enrichment of egg yolks with EPA and DHA, but simultaneously supplementing the hens’ diet with both flaxseed oil and high-oleic soybean oil maximally reduced the yolk deposition of linolenic acid, long-chain omega-3 fatty acids, and total omega-3 fatty acids by 37 per cent, 15 per cent, and 32 per cent respectively.

These results suggested that dietary oleic acid was not neutral with regard to the overall process by which dietary linolenic acid was absorbed, metabolized and deposited into egg yolk, either intact or in the form of longer chain/more unsaturated omega-3 fatty acid derivatives.

Based on their knowledge of fatty acid metabolism, as well as triglyceride positional analyses of the experimental oils, Elkin and Harvatine hypothesized that oleic acid may simply have out-competed linolenic acid for absorption from the intestine, which ultimately would result in less omega-3 fatty acid enrichment of egg yolks.

In addition to being the first study to report this, according to Elkin, the findings also have implications for human nutrition because the initial steps of intestinal fat digestion and absorption are similar in chickens and humans.

“It is possible that oils rich in oleic acid might hinder the body’s ability to reap the full nutritional benefits of EPA and DHA if consumed along with fatty fish or omega-3 fatty acid supplements, such as fish oil capsules.”

“This also could be occurring in people consuming a Mediterranean diet, in which oleic acid-rich olive oil is the principal source of fat, and moderate to low amounts of fish are eaten,” he added.

Studies are underway to confirm this finding in laying hens with other oils that are rich in oleic acid, in order to demonstrate that it is an “oleic acid effect” and not an effect that is specific for high-oleic soybean oil only.

“The importance of this research to the (egg) industry is that we have learned of a potential new hindrance to enriching eggs with omega-3 fatty acids, and that information can be used when trying to develop the next generation of ‘designer’ eggs,” Elkin said.