Through his broad range of knowledge and experience, ‘Doc Scott’ has become the go-to poultry resource. 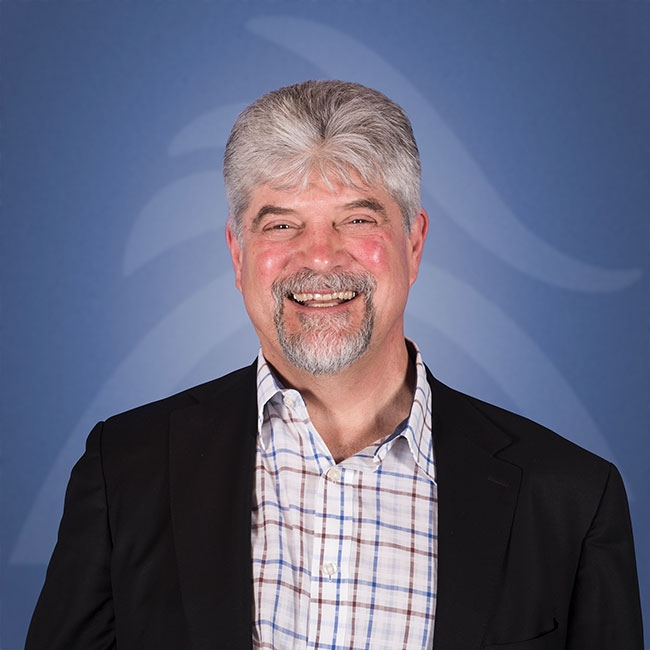 Over the course of nearly two decades with Aviagen, Scott Gillingham’s been involved in the whole production cycle. PHOTO CREDIT: Aviagen

It’s hard to know where to begin to describe a man like Scott Gillingham. His co-worker at Aviagen for 18 years, Frank Dougherty, puts it best. “If I named all the qualities Scott brings to the table I would have writers’ cramp.”

‘Doc Scott’ was born and raised in St. Jerome, Que., where his initiation into agriculture happened at his grandparent’s mixed farm with horses, pigs, sheep, and, of course, 1,500 laying hens. His grandmother would wash and weigh and deliver eggs to customers twice a week into the big city of Montreal.

A sports scholarship lured him to Middlebury College in Vermont to obtain his B.Sc., followed by his DVM at the University of Guelph in 1986.

His interest in bovine herd health was scuttled due to allergies but when the bovine door closed, the poultry door opened. In 1993, he earned his diploma with the American College of Poultry Veterinarians (DACPV).

His career path first took him to Intervet Canada as director of technical services, then back to the U.S. and Canada in sales and technical support with the Bayer Poultry Business Unit.

In 2000, Gillingham became the first poultry health management lead for the Ontario Ministry of Agriculture, Food and Rural Affairs. Through this position he was able to serve the Ontario poultry industry through veterinary science, technology transfer, outbreak investigation and poultry health surveillance.

In retrospect, he regards those two years as his best professional years from a perspective of immersing himself in the provincial poultry industry, working with all areas of government, academia, and production.

Joining Aviagen
When an opening came up with Aviagen North America as Canadian regional business consultant, Gillingham grabbed the opportunity and has roosted there ever since.

Over the course of nearly two decades, his role as business consultant for Canadian parent stock has included sales, marketing, veterinary, and technical support. He’s involved in the whole production cycle, with genetics leading the way. His job is to make sure that the genetic potential of the birds isn’t left on the floor of the barn.

While the Canadian arm of Aviagen only represents a fraction of their global business, Gillingham services all of Canada and he’ll tell you that, in the 9,000 km across this country with 2,850 broiler farmers, there are 2,850 ways to grow chicken.

It’s his job to supply and support the same genetics for farms with different heating systems, management and feed and end up with a uniform product, while considering the needs of the hatcheries, processors, and consumers.

Through his connections, experience, and leadership qualities, Gillingham has become the go-to resource for the poultry industry in Canada. At Boire & Freres Hatcheries in Wickham, Que., Francois Duguay, directeur principal opérations et ventes, has come to rely on Gillingham, not only for his technical expertise, but also as a friend. “Day old chicks are his passion,” Francois says.

Gillingham visits two or three times a year, getting in the barns to see things from the chicken’s perspective, but always readily available to answer questions.

At the Poultry Industry Council (PIC), executive director Keith Robbins quickly learned that it was handy to have Gillingham on speed dial. Lately, the PIC has been working with Gillingham to develop resource material for the urban chicken farmer.

Together, they have created online modules that cover the principles and fundamentals of how to raise backyard birds. Robbins has had requests from all over Canada, from Toronto to Nunavut, for information that will now be available through podcasts and educational material, funded by CAP. “Scott has been instrumental in pulling these together,” Robbins says.

Over the course of nearly two decades with Aviagen, Scott Gillingham’s been involved in the whole production cycle.

Giving back
So far, Doc Scott has logged over a million miles on airplanes. He’d like to spend more time at home with his wife of 41 years, Amy, and with his five grandchildren at their hobby farm near Guelph. At 63 years of age, he pays lip service to thoughts of retirement. However, that doesn’t mean he intends to slow down.  He prefers to say, “I’m at the point of giving back.”

His contribution to his local community has included being a founder of the Guelph Black Heritage Society and providing them with support to purchase the British Methodist Episcopal Church of Guelph. Built in 1880, this limestone landmark was built as a community hub by slaves that had reached Guelph through the underground railroad in the mid-1800s. Now called Heritage Hall, through Gillingham’s guidance it has been designated a heritage site.

But his community is global as well. His wife hails from the Dominican Republic, inspiring his love for Latin America. His resume not only reveals a busy lecture schedule across Canada and the U.S. but he has also lectured and worked in the Caribbean, Mexico, Central and South America and Cuba.

Gillingham now shares his industry experience through the World Poultry Federation, “A self-sustaining instrument for improving lives globally through production and consumption of poultry, while empowering farmers in developing regions.”

It is Africa that has captured his imagination most recently. He’s just back from a trip to Ethiopia where he volunteered his time to help farmers start their chicks under their own unique conditions. He and his wife have recently sponsored a farmer in Zimbabwe to start his own poultry farm.

Closer to home, Doc Scott is the ‘i’ in iChicken.ca, an online resource launched just over four years ago. Through podcasts and resource material, Gillingham brings his expertise to both small flock and commercial producers, earning him the new nickname, ‘Doctor of Poultry Pediatrics’. His recently released book, Raising Amazing Chicks, concentrates on the first seven days of a bird’s life. “If these birds don’t get off to a good start you won’t get it back.”