Canadian Graham DeLaet teams up with turkey industry to get Canadians talking and grilling turkey this summer. 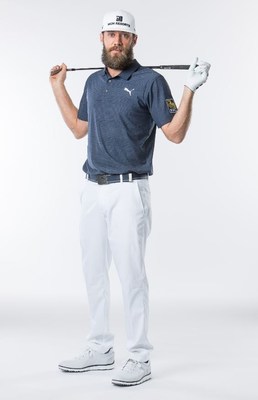 Think Turkey, the five-year marketing campaign aimed at raising awareness of turkey as a delicious everyday protein option, is staking its place on Canadian grills this BBQ season with the launch of The Griller’s Bird campaign.

The fully integrated, bilingual barbecue program kicked off June 1st to celebrate National Turkey month and will showcase the many ways to bring turkey to the grill with delicious recipe inspiration from Saskatchewan-born PGA golfer and barbecue enthusiast Graham DeLaet, plus a host of BBQ influencers across Canada – like BBQ Quebec grill guru Max Lavoie.

“Growing up in Saskatchewan, my summers were happily spent golfing and grilling,” DeLaet says. “That’s why I’m thrilled to team up with Think Turkey this summer to share my passion for barbecue and why turkey is a regular on my home grill through some of my favourite recipes – from Texas-style turkey breast to smoked turkey legs.”

From June to August, new recipes will be shared nationally by campaign partners from grill experts to food bloggers, influencers, chefs and more on thinkturkey.ca and Think Turkey’s social channels.

A self-proclaimed BBQ fanatic and multiple-time winner on the Canadian Tour, DeLaet will be sharing his three favourite BBQ’d turkey recipes in a three-part video series that will go live on his and Think Turkey’s social channels.

Additionally, Think Turkey will also be live in-market with a digital retail program at Walmart and IGA to help inspire Canadian grocery shoppers to add turkey to their shopping list and grill this summer.

“The Griller’s Bird campaign will highlight turkey cuts that are perfect for the barbecue, including breasts, thighs, drumsticks, wings, sausage, ground and whole turkeys,” says Joël Cormier, chair, Canadian Poultry and Egg Processors Council. “It will also feature all the delicious ways to prepare them, from smokers to gas barbecues, deep fryers and charcoal grills.”

“As we head into National Turkey Month, we’re excited to inspire more Canadians to try turkey on the grill,” says Darren Ference, chair, Turkey Farmers of Canada. “Turkey is the perfect lean meat for barbecue season and can take on so many delicious flavours through marinating, basting, spices and rubs.”

To stay up to date with Griller’s Bird, follow along at thinkturkey.ca, across Think Turkey’s social media channels (@canadianturkey) and by searching #ThinkTurkey and #GrillersBird all summer long.