Addressing consumer demands for reduced antibiotic use in poultry 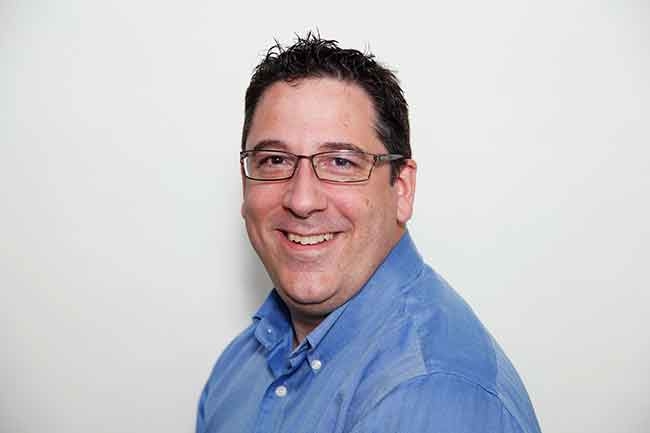 Greg Page explains how the Nobelo feeding program has resulted in a 33 per cent reduction in in-feed antibiotic use in broilers, with no difference in production performance when compared to flocks placed before or after Nobelo

Recently, there has been a significant increase in calls for the reduction or exclusion of in-feed antibiotics in North American poultry production. Notable restaurant chains and retailers, including McDonald’s and Costco, have publicly announced their intentions to eliminate the use of “medically important” antibiotics in their supply chains, prompting further announcements by major U.S. integrators, including Tyson, Pilgrim’s and Foster Farms to  eliminate use of these antibiotics in their production systems in the coming years.

To be clear, while removing medically important disease prevention antibiotics such as bacitracin and virginiamycin,  many of these companies are promoting the continued use of in-feed coccidiostats, parasiticides that control the intestinal parasites of Eimeria species.

The reason for these announcements, as noted in earlier articles in Canadian Poultry Magazine (October and December 2015 issues), is to address concerns over the development and transmission of antibiotic resistance to pathogenic bacteria in humans; so-called “superbugs”. While some continue to debate the contribution of animal agriculture’s use of antibiotics to the development of resistant bacteria in humans, as an industry, we have a responsibility to mitigate this risk where possible. This will support maintaining the effectiveness of the limited toolbox of antibiotics for treating human, as well as food production animal infections.

In order to maintain current levels of performance and health in our flocks we must find alternative feed additives or production strategies to replace these valuable tools. This story is not new. In fact, a ban on antibiotic growth-promotants (AGPs) was initiated in the EU in 2006. What is new is a rapidly growing North American demand for effective additives to replace antibiotics.

One of the concerns in antibiotic-free programs is the increased risk of necrotic enteritis (NE). Key antibiotics have claims for control of Clostridium perfringens (Cp), the causative agent in NE. New additives or feeding programs should offer some protection against Cp to help prevent NE outbreaks.

Feed companies are bombarded with products positioned as alternatives to traditional medicated feed programs, with numerous modes of action (how they work). A dominant category of these additives are essential oil or plant-derived extracts, registered largely as flavours, with anecdotal reports of improved growth in chickens. Essential oils are also widely considered antibacterial and have been shown to directly inhibit growth of Cp in the lab. Other technologies include yeast byproducts, prebiotics, probiotics, short and medium chain fatty acids, various acidifiers and antioxidants, most of which are single bioactive products. The reality is there is no single additive that is as effective as a drug, nor as inexpensive – no “silver bullet”. Despite the plethora of antibiotic-alternative feed additives that are promoted, little, if any, data are available to support the performance of these products under production conditions similar to a medicated feed program.

Nutreco Canada (Shur-Gain and Landmark Feeds) believes that a combination product, which improves the immune system and integrity of the digestive tract while inhibiting pathogen growth and colonization in the digestive system, will provide the strongest protection. No single bioactive compound can address all of these modes of action.

This formed the basis of a succession of studies over many years in screening various individual bioactive compounds and commercial products both in the lab, and under disease challenge conditions at our research facilities in Canada to identify  products that would best meet the combined mode of action approach at a reasonable cost. We also used the experiences of our European Nutreco colleagues  subsequent to the antibiotic ban in Europe, to develop alternative feeding programs to test.

The culmination of this effort was a three-site multi-location controlled study (a total of 180 experimental pens) comparing the performance of five dietary feeding programs, all with the same coccidiostat program:

Under non-challenge research conditions we saw no differences in mortality, but we did see, as expected, a significant improvement in overall feed conversion when feeding BMD (two points lower). We also noted that Alternative programs 1 and 2 (Nobelo) had similar improvement in FCR as the medicated treatment (Fig. 1), while alternative program 3 had little benefit.

Overall average mortality was lower when using BMD (as expected), but we were excited to see that both alternative programs 1 and 2 also had significantly lower mortality compared to the non-medicated control (Fig. 2).

Pen-based studies alone are not sufficient to help producers make informed choices as to whether  products will work under commercial conditions. Our next step was to validate the performance of the alternative program 2 (branded as Nobelo and selected over alternative program 1 due to its lower cost) under field conditions. We repeated the field validation in two separate regions  using different in-feed antibiotics with 38 commercial flocks in Quebec (19 flocks randomly assigned to antibiotic and 19 to Nobelo) and 20 commercial flocks in Ontario (10 flocks randomly assigned to antibiotic and 10 to Nobelo) in the fall of 2011. Under real-life commercial production conditions we saw no significant differences in average market weights, feed conversion or mortality in either region (Fig. 3), nor did we see any differences in production costs for antibiotic versus Nobelo.

Shur-Gain and Landmark feeds introduced the Nobelo feeding program in 2014, resulting in a 33 per cent reduction in our in-feed antibiotic use in broilers, with no difference in production performance when compared to flocks placed before or after Nobelo (Fig. 4a and Fig. 4b.).

What does all of this mean?  It shows that producing poultry without feeding the birds medically important antibiotics is possible in a safe and economically sustainable way while maintaining performance. Perhaps most importantly, using this Nobelo strategy will help safeguard the use of our limited supply of antibiotics for when they are truly needed for disease treatment. 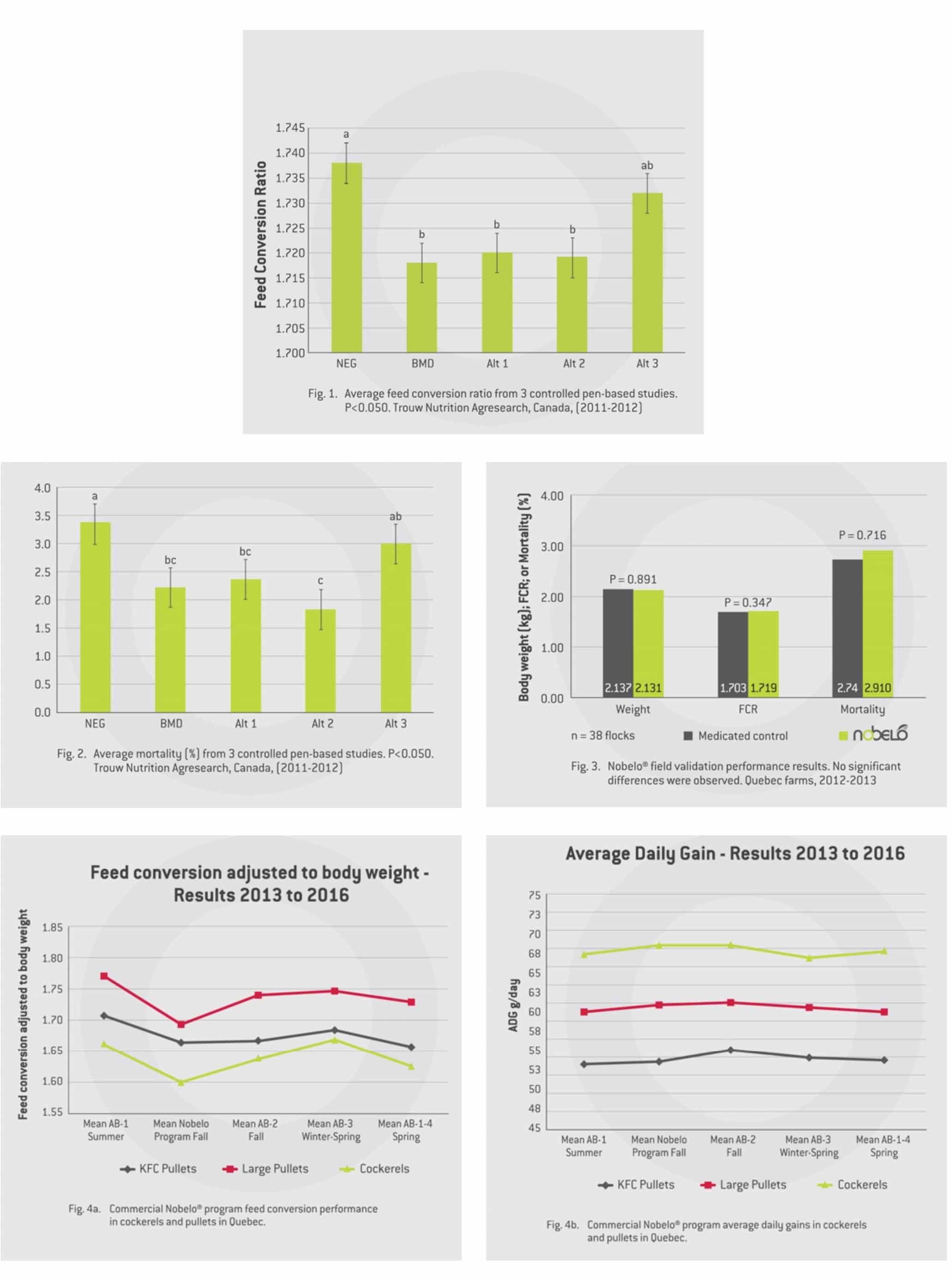