A year in, a look at how well the new rules aimed at stopping farm invasions are working. 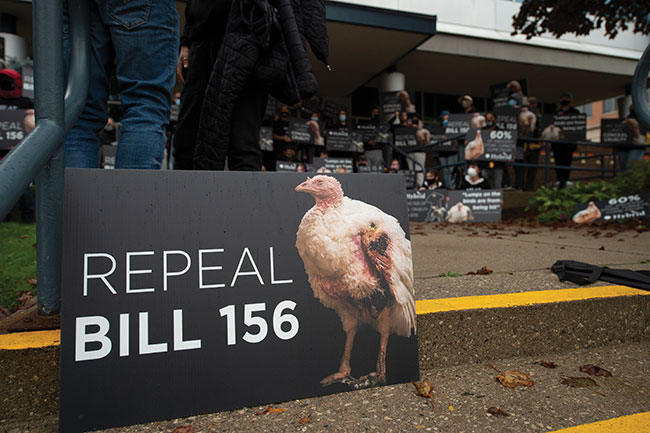 It was all supposed to go smoothly.

But from the moment some 160 animal rights activists began gathering in the parking lot of a Waterloo, Ont., bar at 5:00 a.m. on Sunday, Oct. 3 – just eight days before Thanksgiving – their planned invasion of a nearby Hybrid Turkey farm owned by Hendrix Genetics was already going off the rails.

Hours earlier, police had arrested leaders of the protest, which had been organized for months (supposedly in secret using a special messaging app) by the Canadian branch of Meat the Victims, an international group that stages raids on farms to call public attention to the plight of commercialized animals.

Undaunted, the activists drove to the Hendrix farm in nearby Ayr in a long convoy of cars.

Once there, however, they were confronted by a line of police officers who blocked access to the property and threatened to arrest anyone who entered.

“We are here to expose what is deliberately hidden from consumers,” Jenny McQueen, an animal rights activist who still faces charges over the 2019 invasion of a Quebec pig farm – and is 80 per cent of the way to raising $10,000 on GoFundMe to cover her legal fees – told the crowd over a megaphone. “Because the public has a right to know what happens to animals before they end up on their plates.”

In the end, six people were charged with break and enter under Canada’s Criminal Code.

Ant-tresspass laws
No charges were laid against the activists under Ontario’s Bill 156, the Trespass and Protecting Food Safety Act.

Under the year-old law, people who trespass on farms or animal processing facilities face fines of up to $15,000 for a first offence and $25,000 for repeat offences.

People who use “false pretenses” to get a job or to otherwise gain access to farms or slaughterhouses with an intent to film and diffuse images of animal cruelty can also face fines.

Three other provinces have passed similar laws over the past 16 months, including Alberta (Bill 17), Prince Edward Island (Bills 120 and 124) and Manitoba (Bill 62). Quebec is also currently considering such a law.

Alberta’s legislation carries the harshest penalties, including fines of up to $100,000 and possible jail time for offenders.

The planned invasion of the Hendrix facility was the first incident involving a poultry operation since these so-called ‘ag-gag’ laws came into effect.

Spotlight on security
For poultry industry stakeholders and observers, the harsher penalties, along with increased police surveillance of animal activist groups, will help to stymie farm invasion plans like the Ayr raid.

“I think more than anything else, these laws show how seriously our governments take these threats to the security and proper functioning of our food supply chain,” says Jim Rover, vice president of AFIMAC Canada, an international risk management and site security company that notably helps farmers protect their facilities.

According to Rover, some animal rights’ groups are becoming increasingly militant and are getting together through social media to pick targets and plan disruptive events that put the spotlight on them and animal abuse.

“They hit every part of the supply chain,” Rover says. “But they really like to get inside barns and get pictures of animals and themselves wearing logo-covered overalls and masks. It makes great images and sound bites for TV and the Internet. But it’s unsettling for the farmers who have their properties and homes invaded.”

The new laws, he adds, have cast a spotlight on the problem and led to increased police surveillance and enforcement efforts.

“They’re giving out more tickets,” Rover says. “But tickets are like a badge of honour for many activists, who lawyer up and fight them with online moral and financial support.”

The lack of farm invasions in the past year, he adds, may be more the result of the pandemic and strict public sanitary measures than activists’ fear of the new laws.

“I think that many of them have been hibernating,” Rover says. “Now that the pandemic is winding down, we’ll soon see.” 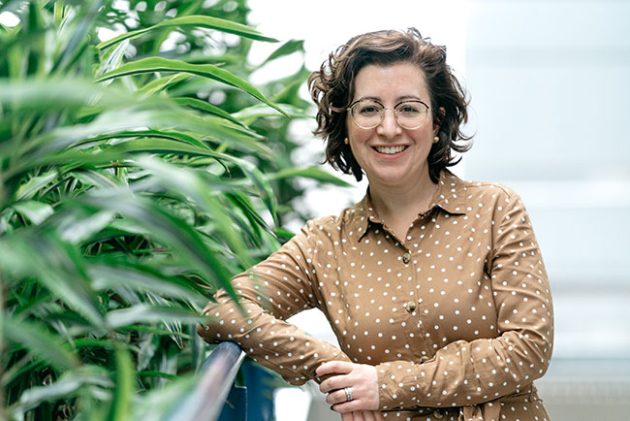 Producers welcome crackdown
For her part, Lisa Bishop-Spencer, director brand and communications with Chicken Farmers of Canada, says the country’s poultry producers are happy to see governments take measures that protect them, their families and their employees from forced interference into their lives and workplaces.

“We respect an individual’s right to make moral and dietary choices,” she says. “But that doesn’t give people the right to illegally disrupt farm businesses and put biosecurity and animal health at risk in the name of their ideology.”

Though there hasn’t been an invasion of a chicken farm in Canada “for a long time,” Bishop-Spencer says the fear of such occurrences is never far from producers’ minds.

“They create highly stressful situations for people who spend much of their lives with their animals in their barns and violate every biosecurity measure you can think of,” the CFC representative says.

One happy consequence of the strict biosecurity measures that chicken farmers follow, she adds, such as keeping gates closed and barn doors locked, is that it makes their properties a harder target for invasion-minded animal activists.

Legal challenges
The laws, however, are facing legal challenges and garnering harsh criticism from defenders of both animal rights and free speech.

Toronto-based Animal Justice, for example, the only national animal law advocacy group in Canada, is leading a lawsuit that challenges the constitutionality of multiple sections of Ont.’s Bill 164.

“The law makes it illegal to go undercover to reveal animal abuse, food safety risks and unsafe working conditions that are pervasive in animal agriculture,” reads a press release about the lawsuit on the group’s website.

Prohibiting people from entering farms or slaughterhouses under “false pretences” also makes it “illegal for journalists, animal protection advocates and others to get hired at a farm or slaughterhouse to document and publicly expose animal abuse or other unlawful activities.”

That prevention, according to Dalhousie University associate law professor Jodi Lazare, is problematic from a constitutional viewpoint in a democratic society that puts a premium on free speech.

“It is a potential Charter breech,” said Lazare, who writes, among other things, on the constitutional dimensions of animal rights activities and ag-gag legislation.

In an upcoming article in the University of Toronto’s Osgoode Hall legal journal, Lazare argues the laws “limit high-value, constitutionally protected expression, interfere with the public’s right to know how their food is produced and how the law fails to protect farmed animals, and cannot be justified” under section 1 of the Canadian Charter of Rights and Freedoms.

“It’s not illegal to tell a lie in Canada,” Lazare says.

She adds that by using subterfuge to unmask acts of animal cruelty means “activists have an important objective: to show the public how their food is made and spurring them to democratic activities. They have high-value speech that is akin to political speech,” Lazare says.

Trespassing, she adds, is not legal. So, instead of pushing politicians to pass more punishing laws that she believes are unjustified, Lazare thinks animal farmers and industries of all stripes should work to improve their husbandry practices and make their operations as transparent as possible.

“Locking up people is not the answer,” she says. “That doesn’t help to protect farms, it just raises questions in the public’s mind about what it is they’re trying to hide.”

Lazare admits that installing glass walls on slaughterhouses and allowing unfettered access to farms “won’t change the attitudes of people who are dead-set against the commercial use of animals,” she says. “But it may help to diminish the threat of trespassing.”