A close look at the strides being taken by different subsectors of Canada’s poultry industry. 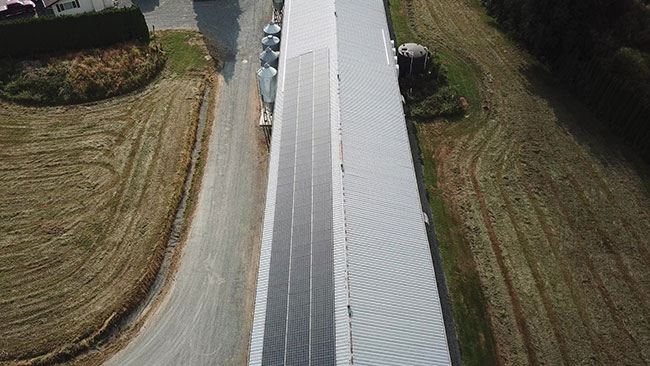 In 2017, Dr. Stewart Ritchie, veterinarian and owner of Canadian Poultry Consultants in Abbotsford, B.C., got serious about measuring sustainability at his commercial broiler facility called S. J. Ritchie Research Farms. He developed a benchmarking tool (with help from Dr. Ian McKinnon) called the Sungrown Sustainability Index (SSI), and published a paper on it in the Canadian Society for Bioengineering Journal.

It’s the early days, but the SSI is being used at his farm and at some other commercial broiler operations, Ritchie says, to evaluate areas for improved sustainability and, ultimately, higher profitability. Producers can use their SSI benchmark to make decisions on capital improvements such a solar panels and to assess key performance indicators like feed conversion.

Benchmarking, which can be defined simply as the ability to make comparisons to measure progress at a given point and over time, is an important part of sustainability. It involves externally validated data than can be shared with consumers, supply chain customers, trading partners, regulators and investors. Benchmarking indices also enable industries to see where they can improve.

Although Canada’s agricultural environmental footprint is among the lowest in the world, without adequate benchmarking, experts warn that Canadian farmers risk being unable to differentiate themselves against farmers in other countries. They could even being shut out of markets.

During a B.C. Poultry Symposium webinar in late April, presenters outlined where poultry is at with regards to benchmarking. They mentioned that food product labelling related to carbon emissions certification is on its way, and that poultry producers will therefore need to benchmark for greenhouse gas emissions, electricity and water usage and more.

Now, Chicken Farmers of Canada (CFC) is collaborating with other stakeholders to make that a reality. Twenty-two private and public partners recently published a report called Benchmarking Canada’s Agri-Food Sustainability Leadership – a Roadmap that outlines progress they’ve made in developing a sustainability index for Canada’s agri-food sector. The tool will encompass select indicators relating to environment, health and food safety, well-being and economic viability.

“Worldwide, benchmarking agriculture and food practices against a host of environmental, social and health priorities is becoming essential to operate and compete, as well as to meet global sustainable development and net-zero emissions goals,” states CFC in a news release announcing the report. “Canada has the opportunity to build on its existing metrics to develop a more integrated picture of its sustainability and quality credentials from farm to retail.”

The project is intended to link up with various existing sectoral benchmarking initiatives and will also integrate with Canada’s sustainability commitments and global metrics. Some of the other partners include Agriculture & Agri-Food Canada (AAFC), Arrell Food Institute at University of Guelph, Bayer Crop Science, Canadian Federation of Agriculture, Canadian Produce Marketing Association and Loblaw.

The report notes that, although there are differences in approach, New Zealand and Ireland have developed sustainability dashboards for their export-dependent agri-food sectors. In addition, “Based on its vision of food sustainability, the European Commission is proposing tighter market access rules and is embarking on green deal diplomacy to influence global trade.

“American producers have announced a sustainable development strategy that includes being carbon positive by 2035. Meanwhile, disclosure requirements are rising for all. Investors worldwide are expecting companies (and their supply chains) to fully disclose climate, environmental and social risks and reveal how such insight creates business opportunities.”

Some members of the group, such as CFC, have formed a new coalition that is already initiating the next phase of work. “This coalition gives CFC a chance to actively measure its progress and, ultimately, develop a more integrated picture of the chicken industry’s sustainability and quality credentials from gate to plate,” explains Dr. Christine Power, a veterinarian and CFC’s director of animal care and sustainability. “It also provides an opportunity to align CFC with Canada’s other existing sustainability programs and to represent the poultry sector in the national conversation.”

And, already several years ago, CFC received results of its first Life Cycle Analysis. It found that Canadian chicken has one of the lowest carbon footprints of all chicken sectors worldwide, and due to productivity gains since 1976, the sector’s environmental performance has greatly improved.

Water consumption has been reduced by 45 per cent in the same timeframe, and almost two-thirds of the entire sector’s total energy use comes from renewable sources.

CFC has created social media tools and infographics to tell the story visually and promoted them online, including through social media and on its letstalkchicken.ca website.  “Over the past year, CFC has also taken out ads and sponsored other communications pieces to pass the information along to industry partners and stakeholders,” Power adds.

In addition, she notes that there are opportunities for further sustainability gains for Canadian chicken farmers through one of the two programs created by AAFC to mitigate the market impacts caused by the Comprehensive and Progressive Agreement for Trans-Pacific Partnership over the next 10 years. “This program will directly support chicken farmers as they make ongoing improvements to their operations and enhance the long-term efficiency and sustainability of their farms,” Power says. “This is an opportunity for farmers to plan for the future.” 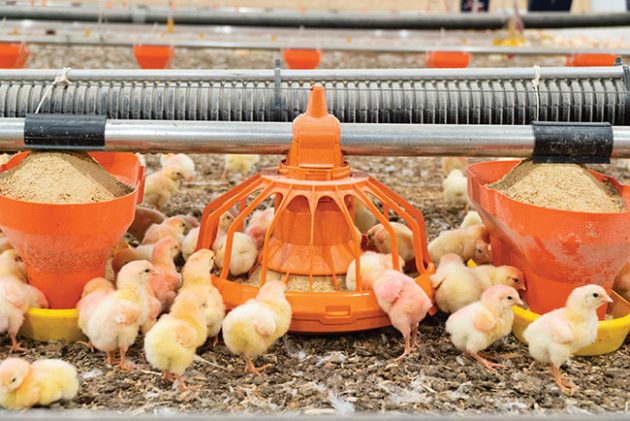 Egg sector efforts
In terms of the egg sector, Egg Farmers of Canada (EFC) continues to develop its National Environmental Sustainability Tool (NEST), which will give farmers the ability to assess and benchmark the environmental footprint of their farms. “Currently in the early stages of development, NEST will play a central role in our journey of sustainable egg production,” EFC CEO Tim Lambert says.

EFC has also prioritized sustainability research and several projects are underway. For example, Dr. Duncan Cree from the University of Saskatchewan is exploring how eggshells from processing plants can be used to develop bioplastics. “We are also continuing our work with Dr. Nathan Pelletier at University of B.C. on how predictive analytics can help identify environmental best practices and optimize sustainability at the farm,” Lambert adds.

“With Dr. Maurice Doyon from Université Laval, we are looking at new ways we can apply circular economy thinking to egg production and reduce the amount of resources – be it energy, water or feed – that are used to produce eggs, while re-directing waste to be recycled or reused.”

On-farm results
Since he started S. J. Ritchie Research Farms in 1992, Ritchie had worked to optimize health, welfare and performance of birds. In 2016, he installed solar power, rainwater capture and other energy-saving concepts in order to begin gathering more data on sustainability. He presented an update on SSI to CFC in late April 2021.

Ritchie wanted CFC to be aware of his progress because he says its leadership has enthusiastically supported sustainability. “Sharing ideas and getting critical feedback on any long-term project is very important,” he says, “and extremely helpful in providing guidance for future investments in innovation and technology.”

Ritchie is also currently working with global accounting firm KPMG to assist in the development of an efficient data pipeline that will ultimately produce benchmarking data, including dashboarding, to assist in making continuous improvements.

In terms of what broiler farmers should think about in terms of sustainability, Ritchie believes they already well understand it goes hand in hand with profitability. “I encourage them to consider sustainability a very positive adventure and to show that we are transparent and are using our resources more efficiently over time,” he says. “It’s hard to bat a thousand, but we want to be great batters and be open to new ideas and it’s just important that we keep inching forward.”