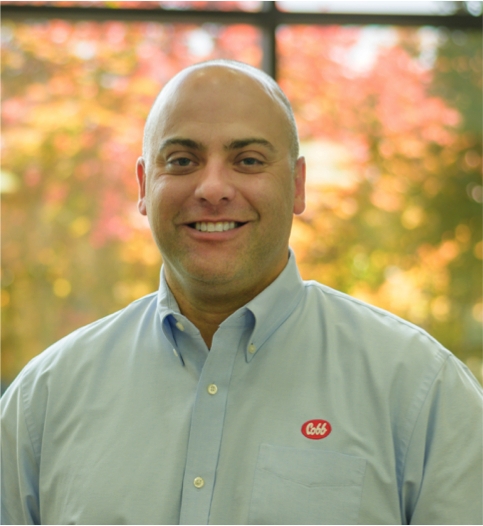 Joe Emmanual has been named CFO. He previously served as Cobb’s senior director of accounting. He will now oversee Cobb's financial affairs. Cobb-Vantress

Cobb-Vantress recently announced Shane Sutton as the new managing director of South American operations — a move that poises the company for continued growth. Sutton previously served as Cobb’s chief financial officer (CFO) for global operations. In this role, he led finance, mergers and acquisitions for all of the company’s business units, including the recent launch of a
grandparent stock operation and new subsidiary in Colombia.

Brazil is the second-largest producer of poultry in the world and the largest exporter of poultry meat. Cobb began operations in Brazil in 1995 with a handful of team members. Twenty-four years later, the company now employs over 700 team members across the continent with locations in Brazil, Argentina and Colombia. In recent years, Cobb has invested heavily in the region to increase production and hatchery capacity, renovate farms, and increase environmental controls and automation.

“Shane will lead our South American operations into its next phase of growth as we focus on meeting the rising demand for poultry in the region,” said Stan Reid, vice president of North and South American operations for Cobb-Vantress. “With his previous experience in Latin America and the leadership he showed as our CFO, Shane is uniquely qualified to take on this role.”

Sutton came to Cobb from Tyson Foods where he worked as a senior group controller for Latin America and held several senior audit leadership roles for more than a decade. He began his career as an accountant with PricewaterhouseCoopers (PwC) where he worked primarily overseas. Sutton grew up around the poultry industry, living on a pullet farm where his father served as a technical service advisor.

Additionally, Cobb announced the promotion of Joe Emmanual to CFO — the position previously held by Sutton. For the last four years, Emmanual served as Cobb’s senior director of accounting. He joined the Cobb family in 2015 after working as a senior business analyst and external financial reporting specialist at Tyson Foods. Emmanual will begin his new role immediately.

“These leadership changes best position Cobb to continue to grow and innovate in the industry,” said Joel Sappenfield, president of Cobb-Vantress. “We are excited to see what Shane and Joe will accomplish in their new roles as we collectively work to achieve our mission of bringing healthy, sustainable and accessible protein to the world.”