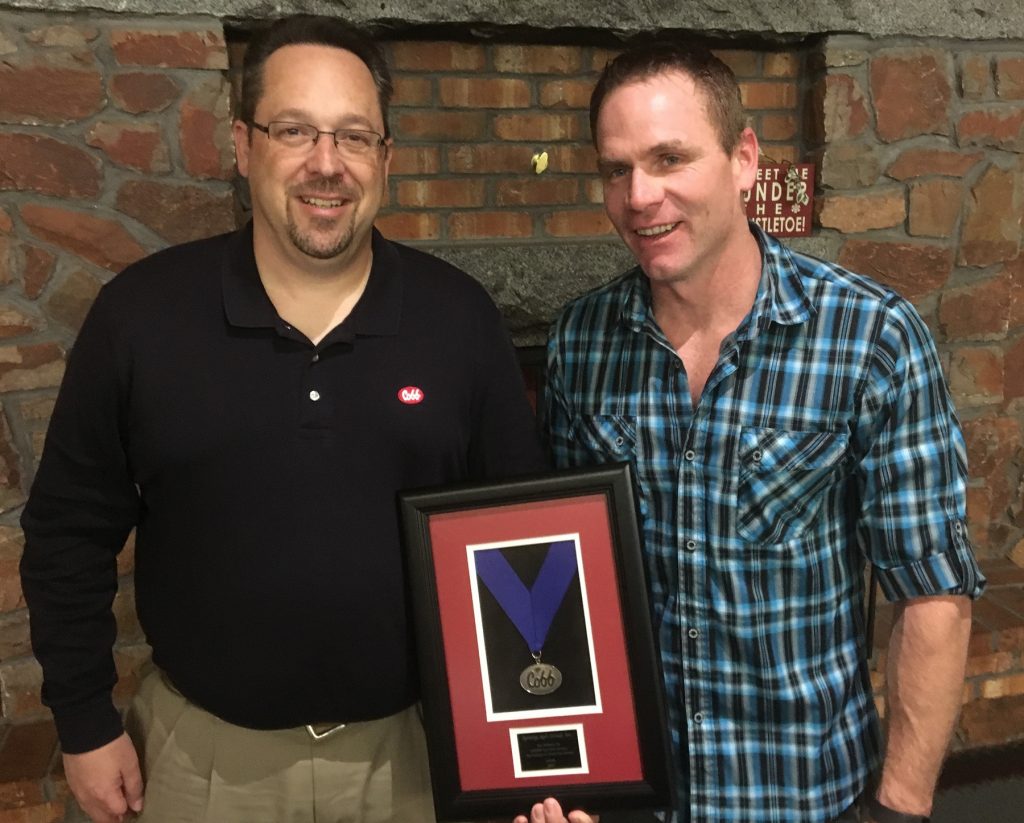 March 21, 2016 – Synergy Agri Group of Nova Scotia is the latest winner of the award for the top Cobb500 breeder performance in Canada.

The award was presented to Synergy production manager Gary McAleer by Cobb-Vantress technical service manager for Eastern Canada, David Engel.  The group was also presented with the award for the top chick producing Cobb 500FF flock as well as the top egg producing Cobb 500 flock in Canada

”Gary and the team at Synergy once again showed that paying attention to the finer details of flock management will help achieve such excellent results,” said David Engel.

An award was also presented for the top Cobb 500SF flock which Couvoir Boire & Frères in Quebec won for the third year running.  The flock at Girard-1 achieved 151.26 chicks / hen adjusted to 65 weeks of age.

Sharing the award with Synergy’s B5 barn for the highest total eggs with a Cobb 500 flock was Barn      B-52 at the Pondeuses Atlantique farm in New Brunswick.  This flock produced 189.20 total eggs adjusted to 65 weeks.