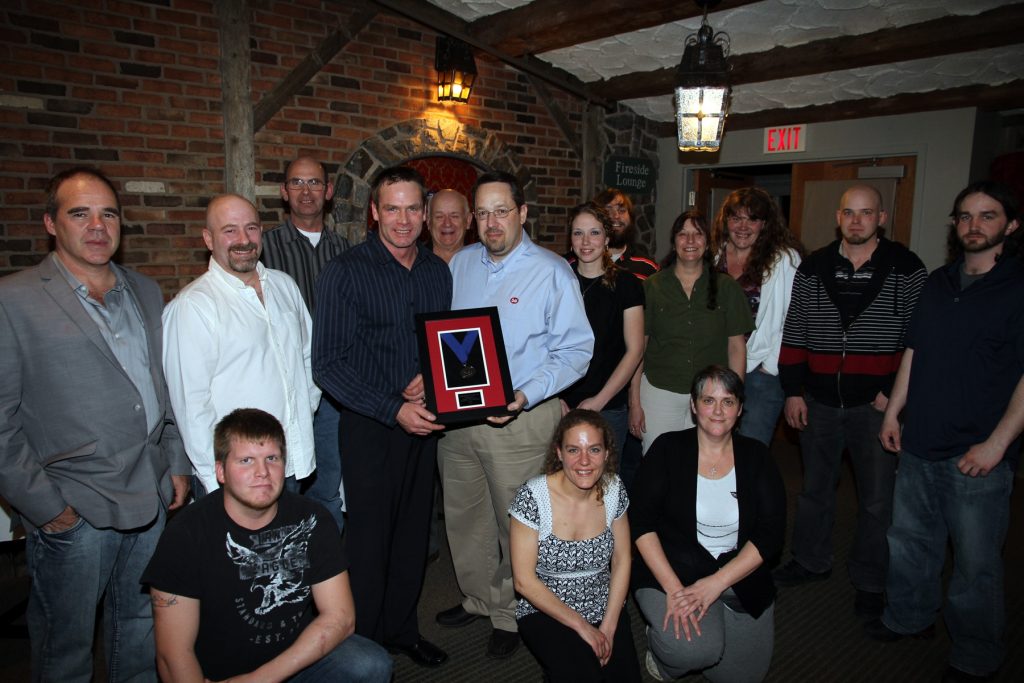 Aug. 28, 2013 – Synergy Agri Group of Nova Scotia is the first winner of the new award for the top Cobb500 breeder performance in Canada.

Ranked on adjusted chicks per hen to 65 weeks of age, the company averaged 144.21 chicks per hen housed. “Gary and the team at Synergy have consistently produced great results,” said David Engel. “With the number of Cobb parent flocks in Canada steadily increasing, we’re very happy to recognize this tremendous achievement.”

Gary McAleer thanked the many people involved in gaining the award. He stated: “From the employees who clean barns, egg collectors, caretakers, our transportation team, feed mill employees, office staff to our management team and owners ….. each one of our Synergy team played an important role in realizing our goals which led, in turn, to this award.

“I’d also like to acknowledge the sales and tech team from Cobb-Vantress for their support and guidance over the past several years. To quote Henry Ford: ‘Coming together is a beginning. Keeping together is progress. Working together is success.’ Thanks to everyone who came together to help us attain our goals.”

In this inaugural year for Cobb performance awards in Canada, there was also recognition for the best performing individual flocks for the Cobb 500FF and Cobb 500SF lines, based on ranking using chicks per hen adjusted to 65 weeks of age.

Groupe Westco of St. Francois, New Brunswick, was the winner for the best Cobb 500FF flock. The flock from Barn 303, produced 157.7 chicks/hen housed.

Poirier-Berard of St. Felix-de-Valois, Quebec, was the winner for the best Cobb 500SF flock. The flock from Ferme Martineau — Barn #5, produced 147.55 chicks/hen housed.