Expanding the reach of Influential Women in Canadian Agriculture through the IWCA Summit. 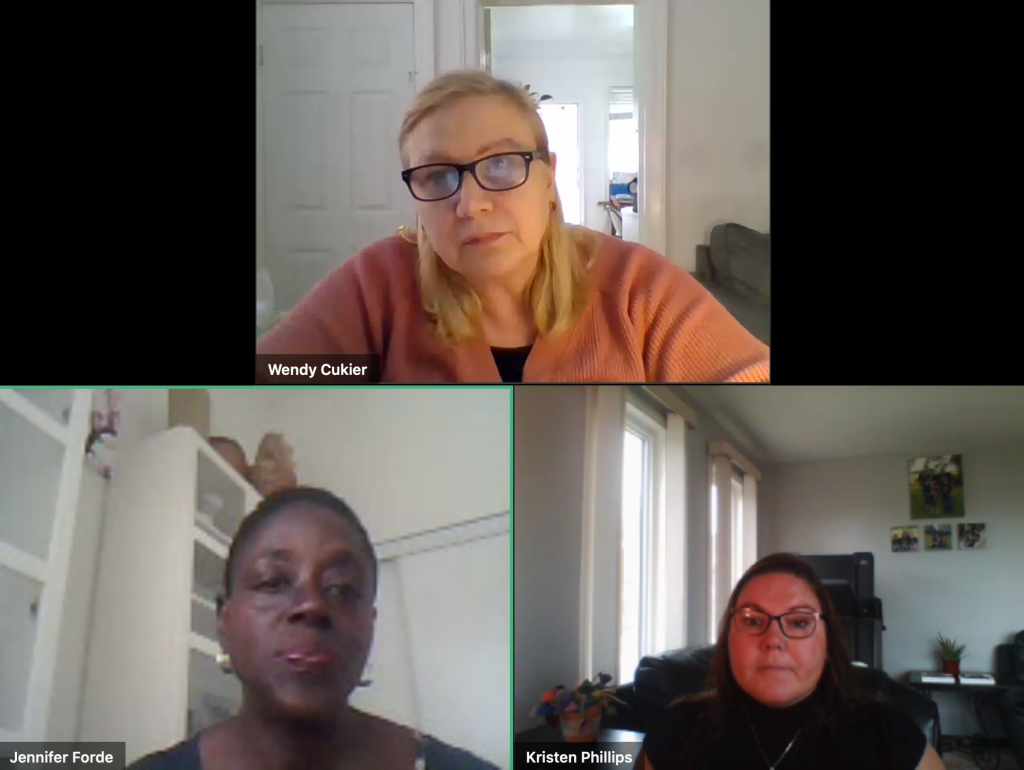 The Summit kicked off with live remarks from the Minister of Agriculture and Agri-Food, Marie-Claude Bibeau. The first woman to hold this role, Bibeau has focused on supporting and empowering women in agriculture during her tenure. “If you give women the tools and power to succeed, the sky is the limit,” she said.

Each of the three panels, organized around the themes of leadership, communication and balance, began with a quick audience poll. The leadership poll determined 59 per cent of the audience are currently managers or mentors, 17 per cent were in the past, and 29 per cent intend to pursue leadership positions in the future.

Politics and advocacy are where Peggy Brekveld, Ontario Federation of Agriculture vice-president, found her niche. She emphasized agriculture is relevant to everyone, and it’s important to have people who understand ag in politics and can represent agriculture and producers in policy discussions.

Kristen Phillips, Manitoba Ag Days’ general manager, discussed the importance of adapting your communication style to the situation. Since the pandemic began and the world has shifted to digital communication, Phillips says she makes sure to be more positive in communicating with others and offer a light at the end of the tunnel. Talking through a screen is different from speaking together in person, so changing your style to suit is part of communicating effectively.

Navigating the boys’ club
The panels also addressed issues specific to women in agriculture. Being overlooked in the decision-making process, having to choose between work and family, being the only woman in the room: each woman, panelist and moderator, had experiences marked by being a woman in agriculture. Gillian Flies, co-founder/owner of the New Farm, advocated for unapologetically being a woman in ag, but noted women have to develop a hard shell, too.

Establishing priorities was also discussed; several women mentioned how their priorities differed from those traditionally held, and how this isn’t a bad thing. For instance, soft skills, such as communication, critical thinking and teamwork, are often disregarded in male-dominated industries in favour of hard, more teachable skills. However, soft skills are essential in many ways, and often someone with strong interpersonal skills can be trained on hard skills, but not the other way around.

Michele Rogalsky, director of the school of agriculture at the University of Manitoba, described a time she had to take a step back from her position for her family. She was concerned about adapting to a new role, but developed confidence in her abilities and transferable skills by doing so.

Practicing healthy habits
The balance panel addressed how guilt can motivate your decisions. Learning to say no, understanding the difference between hard and soft deadlines, setting boundaries and focusing on mental health were ways the panel recommended for maintaining balance while fighting the power of guilt.

Laura Van Eerd, professor of sustainable soil management at the University of Guelph Ridgetown Campus, also noted how balance is a privilege. When the work has to be done – whether it’s harvest, livestock care, research, or any of the other diverse responsibilities in ag – there isn’t time to worry about maintaining balance. However, in these instances it’s even more important to have strategies to maintain balance to keep from burning out.

Many aspects of agriculture emphasize long-term thinking, where the benefits of many practices might not be seen for years, or even decades. Barbara Cade-Menun, research scientist with Agriculture and Agri-Food Canada (AAFC), commented that all the producers she works with consider themselves stewards of the land. Maintaining balance in life also requires this mindset.

Watch the IWCA Summit
To continue the conversation, a full recording of the IWCA Summit can be found online at AgWomen.ca, along with more content to highlight several other progressive Canadian women working in agriculture, sharing their unique experiences, challenges and successes. Hear from Bethany Deshpande, CEO of SomaDetect; Jennifer Forde, manager of several Toronto farmers’ markets; Karen Schwean-Lardner, associate professor of poultry science at the University of Saskatchewan; Emily Potter, executive director of Northern Ontario Farm Innovation Alliance (NOFIA); and Himadry Singh, marketing co-ordinator for Climate FieldView and the Do More Agriculture Foundation. You can also catch podcast interviews with each of the six women honoured through the 2020 Influential Women in Canadian Agriculture program.

Many of the panelists can be found on Twitter:

The nomination period for the 2021 Influential Women in Canadian Agriculture program will begin on Feb. 1, 2021. Stay tuned to AgWomen.ca for more information.