Electronic “logbook” could nip animal disease outbreaks in the bud

A local company has developed an electronic logbook system that can help the livestock industry quickly and easily track movement on and off farms. 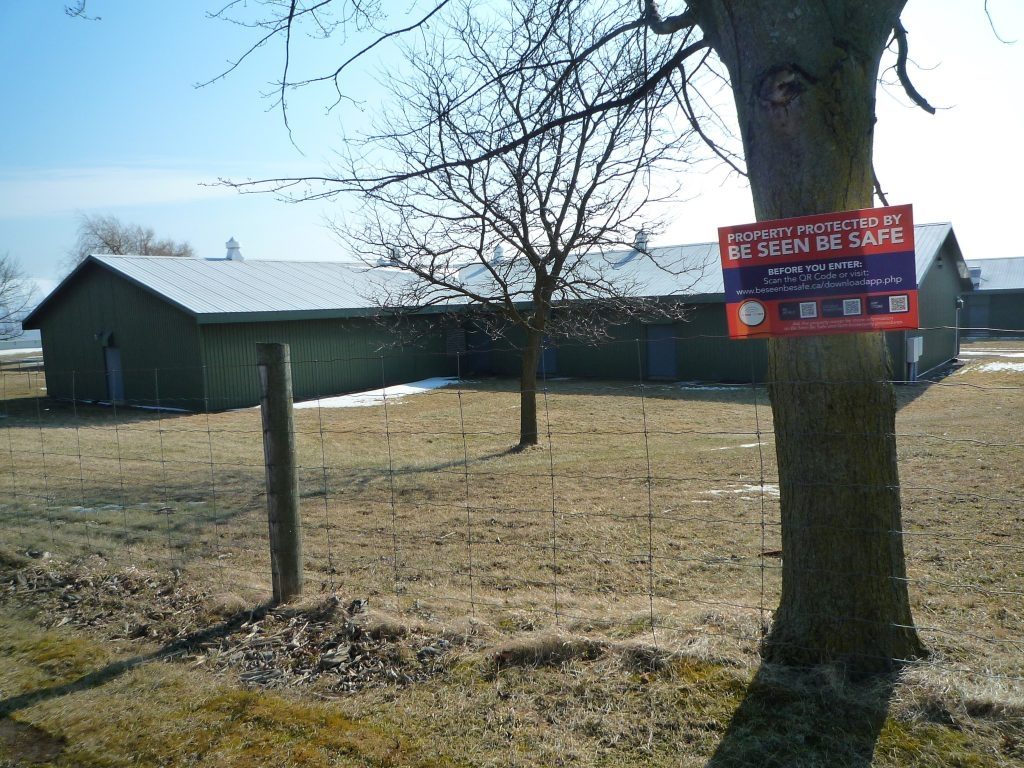 Be Seen Be Safe uses predetermined geo-fence boundaries around a farm business to automatically record movements on and off the property, either through a mobile phone app or an in-vehicle GPS system used by the individual accessing or leaving the premises. Be Seen Be Safe.

Nov. 30, 2016 – A local company has developed an electronic logbook system that can help the livestock industry quickly and easily track movement on and off farms – information that is absolutely critical for preventing or minimizing costly disease outbreaks.

Currently, a paper-based visitor register is the global standard for keeping track of who entered or left a farm property at what time and where they’d been previously.

A manual system is slow and leaves room for error, however, neither of which is helpful during a disease emergency, especially in the early days when spread can still be prevented or contained.

“It’s not just livestock that are affected by catastrophic disease outbreaks, it’s just as important for crop and horticulture growers to keep unclean vehicles moving from farm to farm,” says Tim Nelson, CEO of Be Seen Be Safe Ltd. “Uncontrolled disease populations increase exponentially and that’s why control is so important.”

Be Seen Be Safe uses predetermined geo-fence boundaries around a farm business to automatically record movements on and off the property, either through a mobile phone app or an in-vehicle GPS system used by the individual accessing or leaving the premises.

Property owners can download and review their electronic visitor records using a personal login; no movements outside of the pre-determined geo-fence around the property are recorded.

The information is collated and analysed to predict disease spread, and can then be used to electronically contact people within the surrounding area of a possible outbreak, a process that currently is done manually.

It runs in tandem with the company’s customizable Farm Health Monitor software, which lets farm staff record clinical signs of disease on-farm before there is a formal diagnosis as part of regular or special herd visits. The software also allows for inventory management of antibiotics on-farm, by letting users record both purchase and actual use of antimicrobials.

“This is a proactive decision support tool for farmers,” explains Nelson. “The Farm Health Monitor gives you the clinical signs, Be Seen Be Safe provides the movement, and when you overlay the weather on a network of properties, you can start to show risk that you can alert people to.”

“Everybody is worried about catastrophic diseases, but this is also powerful for production-limiting diseases that can be carried from farm to farm,” he adds. “If livestock and poultry sectors start to see cost benefit from this because it is reducing the rate of production-limiting illness, people will get used to observing and preventing instead of diagnosing and treating disease.”

First steps have been taken to build a farm sector-led biosecurity community with the hosting of a successful information day in Guelph recently.

The system is being trialed in the Ontario poultry industry, as well as with large poultry integrators in the United States, and an agreement is in place with a Spanish partner to roll it out to the swine industry in the European Union.

A pilot is also underway with the wine industry in Australia to track the spread of fomites, which can carry disease.

Be Seen Be Safe has received support from the Bioenterprise Seed Funding program funded by the Federal Economic Development Agency for Southern Ontario. The Ontario poultry industry trials are supported in part through Growing Forward 2, a federal-provincial-territorial initiative. The Agricultural Adaptation Council assists in the delivery of GF2 in Ontario.