The second largest acreage in history is predicted, but if it doesn’t materialize, supplies could be tight 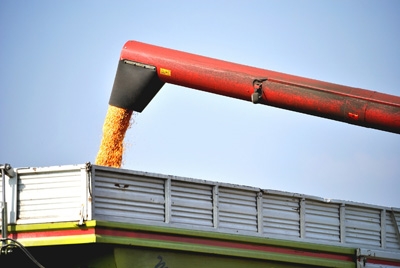 2012 could be a bumper year, but the weather and weakening ethanol demand could change that

The question heading into the coming crop year seems to be which roller-coaster markets will be on – the Comet or the kiddie coaster – and whether it will be a stomach-churning wild ride or much less exciting mild ride.

The release of the February United States Department of Agriculture (USDA) supply and demand forecast, grain markets moved up as tighter than earlier predicted supply/demand pressures were forecast. Despite the prospects of the second largest acreage in history in the offing the possibility of weather-fueled wildness later in the year remains.

If the large corn crop anticipated for this year doesn’t materialize, supplies could be tight.

The stocks-to-use ratio is projected at 6.3 per cent, the lowest level since 1995/96, when the stocks-to-use fell to 5.0 per cent. But unlike 1995/96, corn held by farmers for delivery to ethanol plants is expected to account for a significant portion of 2011/12 ending stocks.

The USDA says that U.S. corn prices are expected to hit a record as stocks continue to tighten.

But next year the situation could change dramatically. The USDA’s projects corn acres at 94 million for 2012-13. With average yields and no dramatic change in use corn ending stocks for 2012-13 would come in at 1.6 billion bushels — double this year’s.

The USDA forecast the amount of corn for feed at 5.225 billion bushels, up significantly from this year.  Corn for ethanol was held at about 5.0 billion, and exports were increased to 1.875 billion bushels from 1.7 billion this year.

The USDA baseline projection calls for a record 14.235 billion bushel corn crop, above the previous record 13.1 billion and pegged the yield per acre at 164.0 bushels, above last year’s 147.2 bushels per acre.

Meanwhile, the USDA forecast soybean seeding at 74.0 million acres and a crop of 3.215 billion bushels, the third largest on record.

“The outlook for US domestic demand near term may begin to falter in coming weeks as poor ethanol margins and growing inventories should begin to pressure plants to slow production,” Morgan Stanley said.

The bank forecast corn use by ethanol plants at 50 million bushels less than the USDA projection.

Despite this Morgan Stanley anticipates an average price of $6.60 per bushel in 2011-12, well above the USDA forecast.

Morgan Stanley said: “We remain most constructive corn out of all of the agricultural commodities.” The bank cautioned that “prices need to move higher to justify the demand rationing currently implied by the USDA balance sheet.”

Meanwhile, Rabobank said, in an earlier report, that 2012 grain markets are ‘down, not out.’

World grain inventories remain near historical lows, and that should mean continued high prices. But it won’t be a steady, strong bull market and at times in the next 12 months it may seem like a bear market with lower prices going forward.

Rabobank analysts said there’s downward pressure from weakness in overall world economies, but the potential remains for major demand growth from emerging nations and rising populations around the world. Throughout the next year, commodity prices could seesaw as one or the other gains weight.

“We believe the long-term bull run in agri-commodities remains, but expect prices across the complex to ease from their recent record highs, continuing their downward trajectory in place since mid-2011,” according to a Rabobank report. “Elevated price levels must persist in order to encourage farmers to continue expanding production to keep pace with demand growth and allowing global inventories to rebuild. Agri-commodity demand should remain robust in 2012 as consumptive growth in emerging-market economies continues to drive the agri-complex.”

For soybeans, prices are also expected to drop but “remain historically elevated.”

“We anticipate lower-than-average stock levels of many agri-commodities to support prices; while harvests are expected to be large, encouraged by the high prices, the supply response is still catching up to demand.”

POULTRY
The University of Georgia, in its annual forecast, says Georgia’s poultry producers will face another difficult year.

Poultry farmers slashed the number of chickens they were growing in 2011 and are expected to continue scaling back production in 2012 because limited corn supplies have made chicken feed so expensive that farmers have had trouble selling their poultry at a profit.

“Looking ahead to 2012 we’re hopeful that market conditions will improve,” Giles said. “But the price of corn isn’t likely to come down significantly.”

CANADA
After a good 2010 for chicken processors, “2011 was a very bad year” for processors, according to the CPEPC Highlighter.

“Driven by increasing feed costs and aided by (broiler) allocations that were too aggressive to allow the market to absorb the increased cost, the gross processor margin fell below the healthy range early in the year and has remained there ever since.”

However CPEPC believes that, due in part to cuts made to production for the last half of 2011, the Canadian industry is ready for reasonable growth in 2012, consistent with population growth and with CFC’s medium-term growth rate of one percent.

However, “moving into 2012, CFC has allocated the first two periods at two percent over base. In addition, the unresolved issue of differential growth among provinces is adding additional pressure to the allocation system and to the live supply volume,” the Highlighter reports.

“Live costs, driven by feed costs, reduced at year end and going into 2012 are expected to reduce further in the short term before leveling out. This alone will not be enough to get processors’ gross margins back to reasonable, sustainable levels – we will also need supply to be set at levels that will allow for an increase in market prices,” CPEPC says.

Meanwhile Canadian processors hope that reductions in U.S. broiler production will improve prices in the U.S. market “which will have a knock on effect on the Canadian market as well.”

“We desperately need 2012 to be a recovery year,” CPEPC said.

Market conditions in the Canadian turkey industry improved in 2011 compared to the recent years.
For the whole bird market, despite the live price increase, processors sold approximately the same volume as 2010 and wholesale prices increased to offset live price increases, according to the Highlighter.

The improved market conditions convinced the industry to increase the whole- bird allocation for the next control period starting in April.

Market conditions have also improved in the Further Processing (FP) market. Inventories of toms and breast meat have dropped and prices of breast meat and thigh meat have increased. The demand is still not exceptionally strong but because of the storage stock decrease, processors requested an additional 2.5 million kg for further processing.

Canadian poultry producers can likely look forward to a less exciting year than grain producers. Thanks to the cost-of-production formulas, they should adapt to whatever ride grain markets embark upon and if consumer confidence strengthens poultry demand could increase making for good, if not thrilling, year.