Beyond Fried Chicken rolls out in limited release at Atlanta KFC. 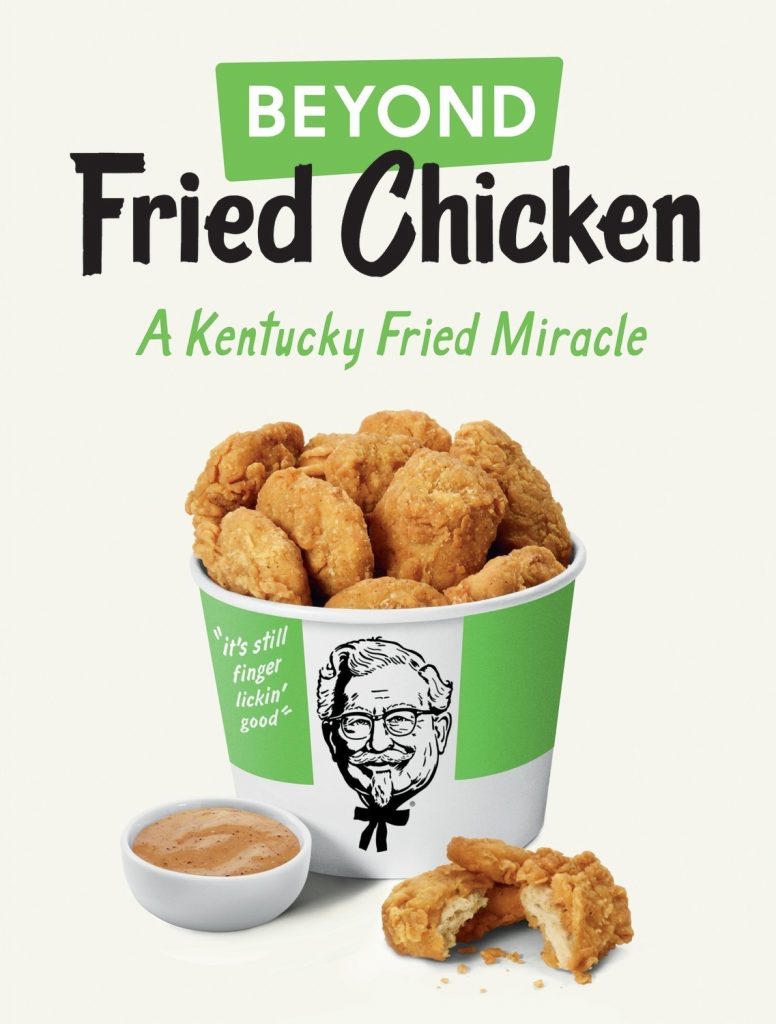 Beyond Fried Chicken made its debut today in a limited test.

The new plant-based Beyond Fried Chicken offers a fried chicken flavor for those searching for plant-based meat options on-the-go.

Atlantans were the first to get a taste of KFC’s new Beyond Fried Chicken as part of an exclusive, one restaurant test today.

Beyond Fried Chicken is available in nuggets or boneless wings.

KFC turned to plant-based leader, Beyond Meat, to create a plant-based fried chicken that will appeal to lovers of both Beyond Meat and KFC. Customer feedback from the Atlanta test will be considered as KFC evaluates a broader test or potential national rollout.

“KFC is an iconic part of American culture and a brand that I, like so many consumers, grew up with. To be able to bring Beyond Fried Chicken, in all of its KFC-inspired deliciousness to market, speaks to our collective ability to meet the consumer where they are and accompany them on their journey. My only regret is not being able to see the legendary Colonel himself enjoy this important moment,” says Ethan Brown, founder and CEO, Beyond Meat.

Beyond Meat began developing its plant-based meat in 2009 and since then has introduced several products across the brand’s beef, pork and poultry platforms. The announcement of plant-based chicken makes the KFC and Beyond Meat partnership a unique one and the first of its kind in the U.S. fast-food space.