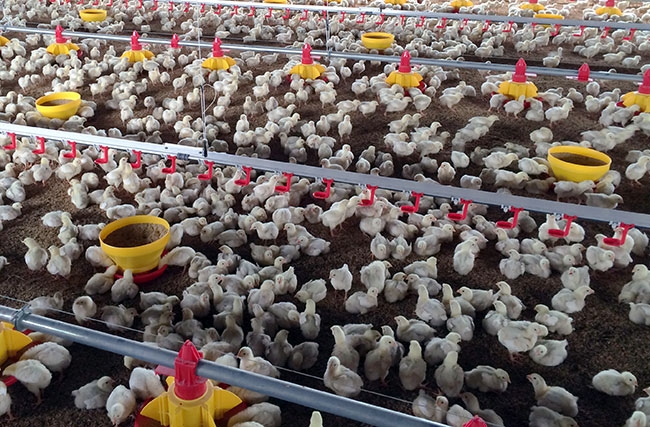 A production data analysis can help determine which flocks are meeting their genetic potential. Photo: COBB

The goal of any broiler breeder program is to produce the greatest number of hatching eggs per hen housed and life of flock hatch to give us the most chicks per hen housed.

A production data analysis can help determine which flocks are meeting their genetic potential and which flocks are not. When conducting a production data analysis, you want to look at body weight curves, uniformity, production, and female and male mortality throughout the pullet and hen growing phases. Identifying trends in these measurements can help determine which key performance indicators we could be missing to give us the desired results. Comparing your top and bottom flocks can provide insight into why the bottom flocks are underperforming.

Data collection
The success of any breeder program must be driven with data. Decision-making is dependent upon the quality of data and ensuring that the numbers are accurate and complete. This means making sure that everyone within the complex collects data in the same format, as variability in how data is collected or tracked can skew results. For example, when weighing birds, weigh all the houses the same way (e.g., weighing three pens in the house to get an accurate average weight; weighing all the birds that are caught to weigh). Also, it is important to identify and remove outliers from the production data analysis, as leaving in these data points can skew results. Removing these outliers will give you a more accurate picture of overall flock performance.

Egg production
Producing the greatest number of chicks per hen housed (Chicks/HH) at the lowest cost is the ultimate goal of a broiler breeder management program. Therefore, looking at egg production is the first step in a production data analysis. Once the top and bottom flocks have been identified, it is easier to see what could be causing the discrepancy.

There are a number of factors that can be attributed to low egg production, including:

It may be difficult to determine which factors may be contributing to low egg production as even a one to two per cent difference in mortality can have a big effect on production. For example, a one per cent increase in hen mortality is roughly equal to 1.5 fewer hatching eggs. Therefore, egg production can be greatly affected by seemingly insignificant differences between flocks.

Hatchability is another big driver of chicks per hen housed. It is important to manage male weights and fleshing in the hen house.

Body weight curves and uniformity
Other measurements that should be collected in a production data analysis are body weight curves and uniformity. It is important to make sure that each flock’s body weight curve is matching or close to matching the industry standard by the time of light stimulation. Body weights that are too low or too high can negatively affect peak production. Typically, bottom flocks stall on weights between weeks 16 and 20 if they are heavy in the maintenance phase of rearing, or if they achieve too much body weight gain early in the production house. It is advisable to increase feed intake during production so that the hens can perform to the best of their abilities during egg production, at which point bottom flocks can actually surpass the top flocks. Thus, it is possible to fix poor-performing flocks, but only if you are keeping track of that data.

Feed curves
Finally, measuring the feed curves of each flock is the last step to conducting a production data analysis. As feed directly impacts body weights, which directly impacts egg production, this key performance indicator can be the most telling difference between the top- and bottom-performing flocks. In general, the feed curve should increase through peak production, at which point it should decrease at about 29 weeks.

There are many factors that can contribute to feed curves. Amount of feed is typically the most influential, but other factors such as nutrient availability, feeding space and water quantity/quality can also impact feed curves.

Conclusion
At the end of the day, decisions should be made according to data collected at your particular location. When it comes to poultry farming, especially broiler breeding, a small variation can have a dramatic impact on your bottom line. That’s why consistent and accurate recording of data is key to staying on top of which aspects of production need adjustment.

Related
Broiler Breeder Management
Do We Really Know What a ‘Normal’ Broiler Breeder Looks Like?
Pullet to Hen Transition: Why this is the most critical time in female broiler breeder management
Managing a Changing Broiler Breeder
Editors’ Picks
Digital Edition