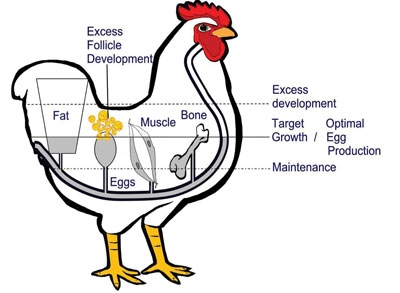 Figure 1 – Although it is possible to control late egg size by manipulating nutrition, such an approach should be exercised with caution so that egg production is not adversely affected.

Hen management is one of the most difficult areas that has been discussed or looked at in the 30-plus years that I have been involved in the poultry industry. And it does not appear to be getting any easier.

The most difficult part to achieve is to be sure that the reduction in feed to the female takes place at the correct time, so as not to affect the egg mass and therefore production. It is important that farmers maintain control of egg size in the later stages of life, since studies have shown that it can affect production, shell quality and fertility – which can ultimately reduce the number of chicks per hen housed.

Therefore, the goal of the producer should be to keep eggs from becoming too large, but keep track and control the flock’s production.

In this article, we will touch on areas that can possibly help control hen egg size by doing quick daily checks, as well as tabulating weekly egg size averages for your flock.

Nutritional specification can partially control egg size, but it should be balanced with making sure that the birds receive the correct nutrition needed to maximize peak egg production during its peak egg mass.

“The most important nutrients for control of egg size are linoleic acid, protein and specific amino acids,” according to Emma Fleming, the Technical Transfer Manager for Aviagen Inc. “Reducing the level of one, or a combination of these nutrients, in the diet will or can reduce egg size. However, this type of reduction is not recommended much before 40 weeks of age as this can reduce egg production (egg mass). Therefore an introduction of a second stage breeder diet at approximately 45 weeks of lay has been beneficial in some flocks in helping to control late egg size but in some cases it may be already too late.”

Reducing the linoleic acid content of the hen’s diet could be beneficial, but it is worth noting that this is more difficult to achieve in maize-based diets than in wheat-based diets. Lowering the total protein in the diet may also help, but a reduction in dietary protein can also reduce egg numbers as well as egg size (see Figure 1).

Therefore, while it is possible to control late egg size by manipulating nutrition, such an approach should be exercised with caution to minimize adversely affecting egg production.

An effective tool to help stay on a consistently balanced diet but control egg size is to calculate the energy available from your feed, as well as your weekly production rate of decline after peak production, which is based on the grams of feed being fed to the bird weekly.

When the flock has reached its peak and starts to show a decline in egg mass, the hen is very close to the optimal time for feed reduction. With constant monitoring, you can help control egg size and keep production more stable during her weekly declines in production (see Figure 2).

One of the largest issues in egg production for the female is stress – namely water, nutrition, light and disease. The effects can be dramatic or very slight, but it will be noticeable if you are recording weights.

To troubleshoot flocks that are showing issues with their production and egg sizes, the FLAW (Feed, Lights, Air and Water) system can be incredibly useful.

Feed = Change every four days as a nutritional response.
Light = Alter every 10 days as a response to egg size, but it may result in short-term weight loss as well as long-term egg size gain. This has not been seen in all flocks, but has been noted in the past.
Air = Change every 24 – 48 hrs. For every two degrees below 65 degrees, you can lose approximately 8 k/cal of energy solely in the feed.
Water = Be sure to change every 24 hrs.

But how do we maximize the accuracy of weighing eggs?

Be sure to weigh eggs a full tray at a time if possible, and be sure to use a light tray – I always used the fiber tray, as they are light and most scales can handle that weight and still be accurate.

If you weigh the eggs in a different place every time, there will be no consistency to your egg weights, you will lose accuracy and confuse the egg weight data on how your flock is doing.

It is also important to weigh at least 90 eggs per day (or approximately three trays) to give an accurate egg weight measurement. Remember to also average out the weight to an individual egg average at the end of the week. If sending eggs to a hatchery, only weigh those eggs in order to receive an accurate starting measurement.

Once your eggs have been weighed and averaged, how do you make adjustments to your feed based on egg size?

As long as you have been collecting the data on a weekly basis, when the birds arrive at 23 weeks of age, a simple calculation can be done: Egg weight X Production % = Egg mass.

For example, at age 30 weeks, a flock has an observed average egg weight of 59 grams with a production percentage of 88 per cent. Therefore, using the formula above, the egg mass peak equals 51.92 grams.

Once the flock has hit its peak egg mass and you observe a drop in production and an egg weight increase the following week, it may be time to reduce the feed on the flock.

Continuing with the above example, if the production drops to 87 per cent and the egg weight goes to 59.5 grams during the second week, the peak egg mass will drop to 51.76.

Looking at the reduction, a decision must be made based on the energy of your breeder feed and the amount the
production dropped that week. To do this, you first must know the energy of your feed, and for this example, we will use 2850 k/cal.

If your production drops one per cent at the end of week: Take the drop in production from that week (1 per cent) and multiply by 1.8 k/cal, which gives 1.8 k/cal to be reduced for that week.

When 451.2 is divided by 2.850 energy of feed (based on the energy in the feed being supplied to the flock), you get 158.32 grams per bird. Therefore, you were feeding 159 grams initially, so the next week you should only be feeding only 158.32 grams (a drop in feed rate of .68 grams of feed per bird for that week based on the drop in production and energy required).

What if your production drops two percent at the end of a week?

Take the production drop percentage and multiple by 1.8 k/cal to get 3.6 k/cal of energy to be reduced per bird.

It needs to be pointed out that while 1.8 k/cal is a constant base energy value number, all the other values can change based on egg weight, production of the flock and the energy in your feed ration.

This calculation should be done on a weekly basis to tell when it is time to start reducing or increasing feed and by how much. In essence, you are letting the production of the flock and the energy of your feed dictate how much should be reduced on any given week.

It should be noted that it is possible to notice egg weight improvements by simply weighing the eggs, watching the trends and keeping an eye out for flaws in production.

There are no silver bullets in this industry that are a given, but nothing ventured, nothing gained.