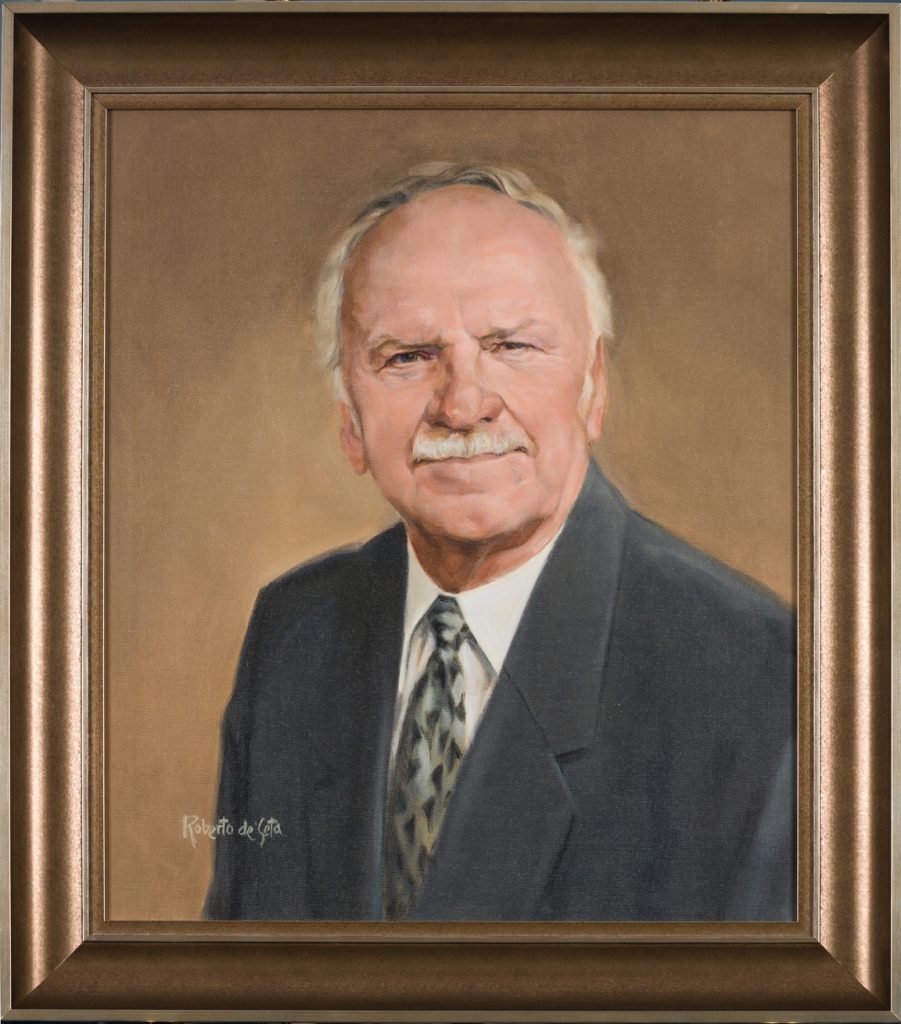 November 24, 2015 – The late Oliva Lebel was inducted into the Canadian Agricultural Hall of Fame at a special awards banquet on November 22, 2015 in conjunction with Canadian Western Agribition. Other 2015 inductees are Dr. Ron DePauw, the Hon. Grant Devine, the late Edgar Ward Jones, and Anthony von Mandl.

Mr. Lebel was an egg farmer from Quebec. He was a visionary, a trailblazer and an architect of Canadian supply management. He left his mark on Quebec and Canadian agriculture with his pioneering spirit and persistence to unite egg producers across Canada.

In 1964, Ovila founded the first federated, province-wide, table-egg producers’ marketing board in Canada – the Quebec egg producers’ federation – and served as its president for 18 years. His efforts to unite provincial egg producers as one group lead to the creation of the Canadian Egg Marketing Agency in 1972 – an organization he served a 10-year term as a board member, and that is now known as the Egg Farmers of Canada. The Farm Products Agencies Act owes its existence to Ovila’s vision and persistence – an act that has grown to regulate chicken, turkey and hatching eggs across Canada.

Ovila was a man of action and a man of his word. His vision and dedication created a national organization for egg producers that led the way for other farmer-led commodity groups.

The Canadian Agricultural Hall of Fame Association (CAHFA) honours and celebrates Canadians for outstanding contributions to the agriculture and food industry. Portraits are on display in the Canadian Agricultural Hall of Fame Gallery located at the Royal Agricultural Winter Fair. The CAHFA also publicizes the importance of inductee achievements to Canada. The Association was organized in 1960 and is administered by 12 volunteer Board of Directors located across Canada. www.cahfa.com