An overview of the congress, which will be held in Beijing 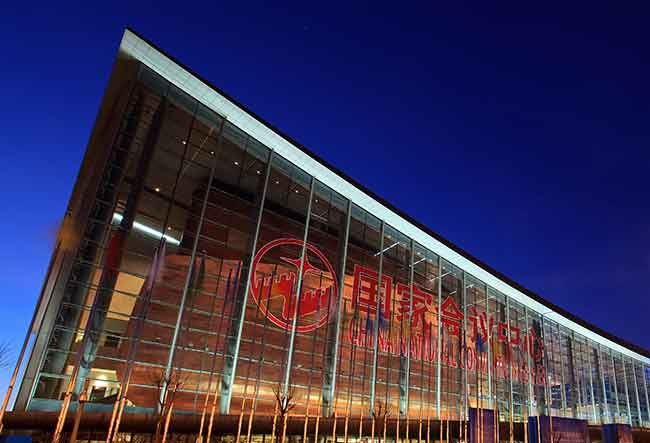 The China Congress will be held in the China National Convention Centre, part of the Beijing Olympic Park, in central Beijing, from Sept. 5th to 9th, 2016 Photo: Dreamstime

The two most important components of the Congress are the Scientific Program and the Exhibition.  The Scientific Program presents various subjects through Plenary Sessions with invited speakers, as well as submitted papers and posters.  The scientific sessions are wide-ranging and cover every aspect of poultry science and the poultry industry.  The WPSA has worked over the years to make congresses attractive to the widest possible range of visitors — not only to scientists and technologists, but anyone working in or for a supplier to the industry  will find parts of the program of interest. Congresses also offer ideal opportunities for networking, making new contacts and forging new business and scientific relationships.

Contemporary issues like Biotechnology and Waste Management are included alongside more traditional areas such as Nutrition, Incubation, Health and Disease in this very comprehensive program.  The Plenary sessions will consist of reviews of recent research, while the submitted papers will include original research and cutting edge science from around the world.

A number of years ago, WPSA entered into a relationship with the Network for Family Poultry Development, and this has led to the introduction of information on  Small-scale Family Poultry Production. In many countries, the proportion of birds kept in industrial systems is much less than those kept in small flocks under “village” conditions.  These flocks often provide much-needed protein for families, as well as modest income. Getting science to these flock owners has always been a challenge, and WPSA has helped by including the subject at the last several Congresses.

The Exhibition, an essential part of the Congress, is being run by the Dutch company VIV and is called VIVChina2016.  It will run from September 6th to 8th and include exhibits relating not only to poultry, but also dairy, hogs and aquaculture.  The venue for the Exhibition is the New China International Exhibition Centre, and the space available is 30,000 m2.  It is not part of the Congress Centre but there will be frequent shuttle buses provided between the two locations.  A subway connection is also available.

Canadian Attendance
For Canadians going to the Congress, there will be the opportunity to see first hand the developments taking place in Chinese science and in its poultry industry.  Like most other aspects of life in China, both the industry and the science world have undergone massive development over the past few years.  When I toured China (sponsored by the US National Renderers Association) in the 1990’s, the poultry science community was quite small, but growing.  Interestingly, at the end of my visit, I met Dr. Ning Yang, who is now Chairman of the 2016 Congress.  Industry at that time was relatively primitive, but preparing for rapid expansion.  So today, Canadians can expect to encounter a vibrant scientific community and a very modern industry.

Registration for the Congress is already open (see the website) and reduced rates are available until March 5th, 2016.  There is also a significant reduction in the registration fee if you are a member of the WPSA.  You can join the Canada Branch and enjoy this benefit, as well as all the other privileges of membership, by contacting the Branch Secretary, Tennille Knezacek at the University of Saskatchewan. (tennille.knezacek@usask.ca. or by phone at 306 966 6597).

As usual at World Congresses, there will be a wide-ranging social program; details are not yet available but are to be announced on the congress web site in January, 2016.  The same applies to pre- and post-congress tours.