Producers, processors and consumers all play a role in food safety 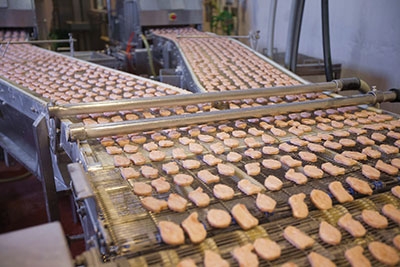 Everyone involved in food safety — producers, processors and consumers — has a different role to play

Food safety is an important issue to the agricultural industry, but it’s one that is not often discussed.  That’s why food safety and whose responsibility it is was the topic of the Poultry Industry Council’s (PIC) science in the pub event hosted in January. Members of the industry – retail, processor, and producer representatives – gathered to discuss the roles of each player.

Laura Bowers, Education Programs Manager for the PIC, says “we thought it would be interesting to sit down and discuss how it really is a shared responsibility and how everybody has a part to play.”

Poultry producers know that the industry has regulations and policies that they must follow in order to raise poultry. Farmers are audited every year, says Cathy Aker, manager of food safety and risk management at Chicken Farmers of Ontario. She says that farmers must participate in the On-Farm Food Safety Assurance Program, a mandatory national program that was implemented in 2001. Developed by the Chicken Farmers of Canada, the program is administered by each of the provinces independently, revised every three years and recognized by both CFIA and the federal government as a working on-farm food safety program for farmers.

“Basically, it’s a system where farmers get audited every year,” says Aker. “It could consist of an on-farm audit in one year, a records assessment in the second year and a self-declaration in the third year.”

The program evaluates the farm in 10 specific areas. It looks closely at how personnel are trained and how access to the farm is controlled. It evaluates food and water systems and inspects cleaning and disinfecting practices. With regards to the grow-out period, the program looks at lighting, heating and ventilation, among other things. Auditors will carefully look at how disease is managed on the farm and analyze critical control points – biological, chemical and physical. Finally, record-keeping systems are evaluated for thoroughness and accuracy.

“What happens if a farmer doesn’t meet the requirements of the audit is they’re issued a card or corrective action request,” says Aker. “The objective there is to let the farmer complete or come into compliance with that particular item within a certain period of time.” Usually, the auditor will conduct a follow-up visit, especially in cases where the issue in question needs to be viewed on-farm.

“The farmer does not become certified and they don’t get their OFFSAP certification unless they are in compliance with all of the required checkpoints,” says Aker. “If you’re not in compliance, then you are not certified and you don’t produce chickens is what it comes down to really.”

“At Maple Leaf, food safety is essentially our top priority,” says Fuchs. “We want to provide our customers with not only great tasting food, but also safe food.”

After its Listeria recall in 2008, Maple Leaf hired Dr. Randall Huffman to fill the role of chief food safety officer and lead its Food Safety Advisory Council. Huffman’s job is to look for improvements in Maple Leaf’s programs. As a result, Maple Leaf Foods has implemented new and more thorough practices in sanitation, testing, product formulations and manufacturing.

Through ongoing training, education and communication, Maple Leaf believes it promotes a culture of food safety, says Fuchs. “Compared to when I first joined Maple Leaf 10 years ago, I would say that there has been a
significant cultural shift. People, if they see something that isn’t right, they do something about it.”

When it comes to testing and analysis, Fuchs says Maple Leaf Foods goes above and beyond what is expected of them. “Maple Leaf doesn’t consider food safety a competitive advantage at all,” says Fuchs. “We openly share our learnings with other competitors, government and consumers.”

From a poultry perspective, Maple Leaf is working on enhanced labeling that includes cooking instructions on the front of the package so consumers know how to cook their products safely.

But it’s not just cooking practices that consumers can get wrong. “From the time they buy food until the time they take it home, there’s a gazillion things consumers can do to wipe out all of the good that the entire food chain has done to deliver to them a safe food product,” says Brenda Watson, executive director of the Canadian Partnership for Consumer Food Safety Education (CPCFSE). CPCFSE is a not-for-profit association that addresses food safety at the provincial and national levels. The organization firmly believes that consumers play an important role in food safety as well.

“Sterility doesn’t exist in our food system,” Watson says. “As much as we try to have food that’s perfect, we’re always going to have bacteria of some sort that evolve or exist in our environment.”

The Partnership’s goal is to help Canadians to enjoy their food safely through a risk management program that develops useful information for consumers. “All the members of the partnership have come together to develop pieces of information that are useful to the consumer,” she says.

Those pieces of information include four core messages: Clean, separate, cook and chill. That is, before handling food, consumers need to know the importance of washing their hands for 30 seconds. It’s equally important to keep food surfaces separate to avoid cross-contamination, to check fridge temperatures regularly (food should be stored at 4 C or lower) and to use a food thermometer to ensure that food is cooked to a safe internal temperature.