Donald Shaver shares his thoughts on feeding a hungry planet and the immediate concerns for food producers. 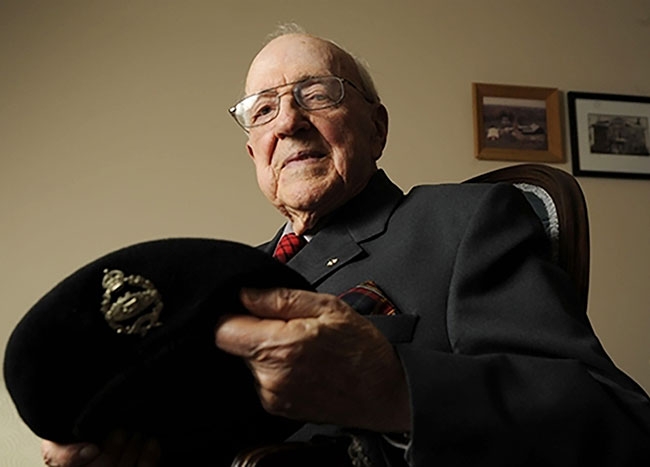 According to Donald Shaver, governments need to restore the priority of food production and agriculture in the scientific world. Photo courtesy of the International Symposium on Avian Endocrinology.

Donald Shaver has been retired from poultry breeding since 1986, but this hasn’t diminished his passion for feeding a hungry world and promoting his vision for accomplishing it.

Entitled “Mandating a sustainable economy before it’s too late”, the presentation dealt with a number of current issues critical to, in Shaver’s view, the future of humanity, as we know it.

For sustainable development, he used the United Nations 1987 definition that it “is attained when current generations could meet their needs without undermining or destroying future generations’ chances of having their needs met”.

Of course, much has changed since 1987, especially recognition of the twin challenges of climate change and the associated problem of finite water resources.

“There isn’t an alternative presently known to man that will safeguard the well-being of our grandchildren, short of immediate, co-ordinated reductions in CO2 emissions to levels that will assure human survival,” Shaver said, with regard to global warming and CO2 emissions.  “The economics of the so-called market place alone, will not be able to accomplish this, for it is a truly Churchillian undertaking.”   The consequences of existing climate change in terms of loss of ice cover and rising sea levels, increasingly volatile weather phenomena, etc. are well known.

Many of these factors are already influencing the world’s food supply.  But it is not just climate change that is affecting food security.  Shaver quoted Mahatma Gandhi (who died in 1948) as saying that “the earth provides enough for everyone’s needs, but not for everyone’s greed”.   The West’s model for food production, Shaver stated, will fail to feed the world if adapted globally, because it destroys resources and many of the traditional farmers whose knowledge is so essential to future food security.

One of the main thrusts of the presentation was the need for governments to restore the priority of food production and agriculture in the scientific world. Apart from those involved in space or defense programs, scientists’ funding is unreliable and short term. The need for worldwide food security is paramount.  And the industrial systems now operating in the West are not only largely unsustainable in their present form, they are unsuited for exporting to Africa and other less-developed food systems. This is particularly so for animal systems which, except for ruminants, compete with the human population for food resources.

Effects of climate change
Climate change is already reducing crop yields.  Research has shown that, while corn yields in France rose by 60 per cent between 1960 and 2000 (the green revolution), they were flat for the next decade. They are predicted to fall by 12 per cent over the next twenty years.  Wheat and soya yields showed a similar pattern and are expected to fall by up to 20 per cent. In the U.S. Midwest, higher temperatures are expected to lower crop yields by up to 63 per cent by the end of this century.  Similar reductions may be expected in the Canadian prairies, and, as the world’s sixth largest agricultural economy, this can be predicted to significantly affect the world’s food supply.

The inequity in food distribution is well known.  Obesity is rampant in the West, and yet many economies are characterized by widespread malnutrition. Shaver stated, “Nor do the industrialized countries recognize that, for their own future security, they must commit to helping find an enduring solution to the chronic food shortages present in too many disadvantaged areas. Some of us are beginning to think that terrorism is not entirely based on religious differences.”

Shaver also made reference to the inequalities in income and spending power between the “one per cent” and the rest of society. In the past half-century, taxation has favoured the rich in many countries, particularly the U.S.

Finding workable solutions
“If we are to build a more sustainable economic system, we must legislate a less reckless financial sector,” he said.  “Neo-liberal capitalism may create wealth, but no attempt is made to distribute this wealth with any degree of fairness, much less honesty. We have apparently accepted a “CEO mythology” replete with excessive salary, bonuses. Even in Great Britain, CEO’s from the top 100 companies enjoyed a 10 per cent salary increase in 2015 and are now paid 129 times more than their employees. Research has shown that since 2008, 91 per cent of all financial gains in the U.S. went to the “one per cent”, and they are basically not spending the money, while many of the other 99 per cent spend all their money just to get by.  This weakens demand and suppresses growth.”

While admitting that Canada, on its own, can do little to alter the world’s CO2 levels, we have nothing to lose by establishing a sustainable food system. Shaver proposed the establishment of a “senior cabinet post, second only to the prime minister, responsible for sustainable economic development and the sciences. Shaver envisions that this person would firmly direct our national scientific activity with respect to sustainability, eliminating duplication and managing the function of bureaucracy in areas where it lacks expertise. Furthermore, he would require the creation of a sustainability commission, chaired by the chief scientist; a non-partisan group, with long-term goals. It would not only create plans for Canadian sustainability, but also liaise with similar bodies in
other countries.

Shaver sees this commission initially providing the prime minister with three 10-year plans, reviewed and if necessary updated as circumstances change. The rewards envisaged would accrue to the scientists involved with the various projects and would be a serious incentive for long-term scientific endeavour.  In many cases, the challenges we face can be solved with existing knowledge. What is needed is the will to recognize and prioritize the need for action in the field of sustainability.

In conclusion, Shaver said that “the future human reality will be centred less on technology and industrial might than on food and water security for all mankind.  An Eastern philosopher observed that knowing the facts is easy; knowing how to act based on the facts is difficult!”