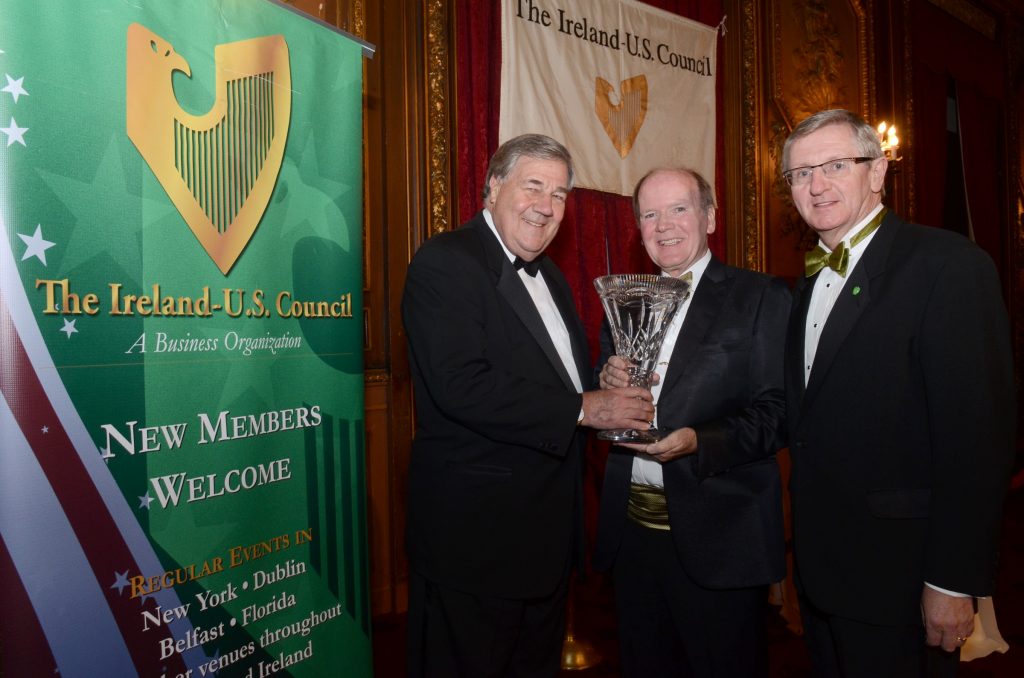 “We in this Council are extraordinarily pleased to recognize the substantial contributions made by Pearse Lyons during his impressive career as an entrepreneur and businessman,” said Dennis Swanson, the president of the Ireland-US Council based in New York. “Through his leadership, vision and hard work, the economic and business bonds between America and Ireland have been greatly strengthened and enhanced.”

A native of Dundalk, County Louth, Ireland, Dr. Lyons has helped revolutionize the animal feed industry with Alltech’s natural solutions, which are safe and beneficial for the animal, consumer and environment. He earned his bachelor’s degree from the University College Dublin, Ireland, and a master’s and doctoral degrees from the University of Birmingham, England. He worked as a biochemist at Irish distilleries before establishing Alltech in 1980. In the past 32 years, Alltech has grown to employ 2,800 people and conduct business in 128 countries, with annual sales of approximately $750 million.

In 1981, Alltech responded to a demand for products in the European agricultural market with the opening of its first international office in Dunboyne, County Meath, Ireland. Alltech Ireland is the location of the company’s second international Bioscience Centre, a 120-acre facility that serves as the focal point of Alltech operations in Europe. Alltech Ireland continues to expand and will serve as a headquarters for operations leading up to the 2014 Alltech FEI World Equestrian Games in Normandy, France.

“The Irish are instilled with a fiery passion that carries over into everything they do – from making fine whiskey to conducting business with countries abroad,” Dr. Lyons said. “My dream of building a top global animal nutrition company was fuelled by the passion I inherited from the Irish, but took flight in America, a land of great opportunity. During the past 30 years, it’s been my pleasure to watch our stories become intertwined as we work together to achieve economic growth and stability.”

Dr. Lyons was named Kentucky Entrepreneur of the Year in 1993 and has also received the State Export Award for Kentucky. He holds honorary doctorates from the University of Dublin, Ireland, University of Plymouth, England, Heriot-Watt University, Scotland, the University of Kentucky, Centre College and Eastern Kentucky University. A top-50 Irish-American life scientist, Dr. Lyons has authored more than 20 books and published numerous research papers.

The Ireland-U.S. Council was founded in 1962 by American and Irish business leaders as a measure to build relations between America and Ireland prior to President John F. Kennedy’s visit to Ireland in 1963. Its principal objective is to encourage closer business links between Ireland and the United States.