Do I have this disease in my flock? 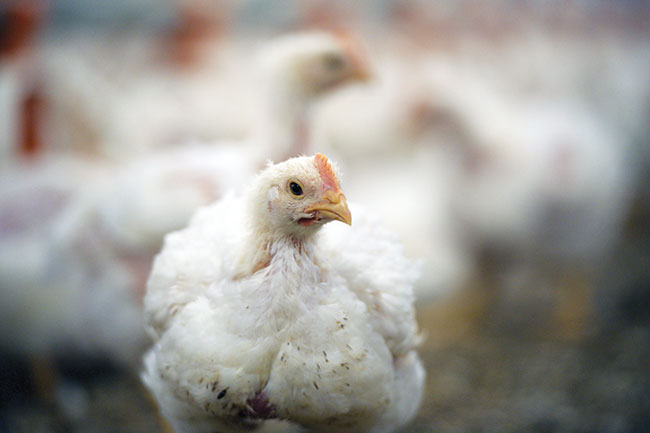 Mobility problems and lameness in a flock can have many causes as well as contributing factors. They include management, nutrition, bacterial infections and viral infections. Do you have leg issues in your barn? Are you observing an increased amount of “hockey sticks” or “green hock” legs? How much of your flock is affected? Is this a recurrent issue?

There are several non-infectious potential causes for lameness, including management (e.g., incubation and handling issues) and nutrition (e.g., vitamin B deficiency and rickets). One of the most important in recent years is a viral disease known as viral tenosynovitis or viral arthritis (VA).

In this article, we aim to explain what VA is, as well as to describe some contributing factors and some control strategies to be implemented in the field. This is important, as this “old” disease has reemerged as a risk to bird health due to the emergence of variant avian reoviruses (ARVs) resistant to the immunity conferred by commercial vaccines.

What is viral arthritis?
First reported in 1957, this disease is one of the many clinical manifestations of ARV infections in poultry.

Other clinical manifestations are “runting-stunting” syndrome – characterized by an impairment of the growth of the animal and mainly affecting the gut – as well as hepatitis, myocarditis and hydropericardium.

VA is characterized by visible swelling of the hock joints and tarsal and metatarsal tendons, which cause poultry to be reluctant to move and can be present together with bacterial infection (e.g., Staphylococcus aureus, E. coli and Mycoplasma synoviae infections). As a result, the swelling is increased and the lesions become more serious.

Also, fibrosis of the tendons caused by a chronic infection may develop into a rupture of the gastrocnemius tendon and hemorrhage, which leads to “green hock” legs (see figure 1).

Thus, the disease not only has economic implications like low uniformity and processing plant condemnations, but it also leads to welfare problems like increased culling and decreased access to feed and water. What’s more, VA can also result in the additional use of antibiotics to deal with secondary infections.

When and why does it occur?
The disease is transmitted horizontally (from bird to bird) as well as vertically (from hens to progeny). It requires that susceptible birds are infected at a very young age for clinical signs to develop later in life. This is one of the most important parts in the biology of the disease: As a parent stock bird is infected by ARV, a minimal number of progeny embryos/chicks will be ARV-positive, which may later shed the virus to a susceptible population of young birds in a given placement from, perhaps, many different parent stock sources.

This disease has been effectively controlled for many years through the live and inactivated vaccines developed in the 1980s. However, since 2011, VA emerged in Canadian broiler flocks and in several areas in the U.S. in a relatively short period of time. Also, numerous turkey flocks in north central U.S. have been experiencing turkey viral arthritis since 2009.

Since then, several genotypes that are different from classic commercial vaccines have been described in production animals. Several researchers have also come up with their own way to classify these variants, which may generate confusion when trying to compare results between labs.

At Poultry Health Services, we currently use the Kant classification system, which is the same used by the University of Georgia (UGA). It consists of the molecular sequencing of the sigma-C protein, which is the most important ARV protein responsible for inducing neutralizing antibodies, conferring protection against challenge. 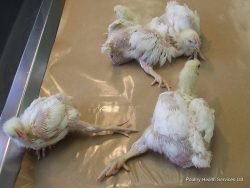 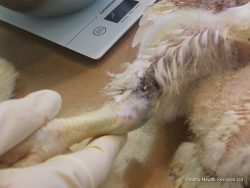 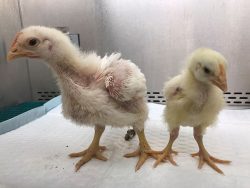 Variant Cluster 5 ARV Challenge Study in Broilers with challenge at day of age via footpad inoculation for a VA study. 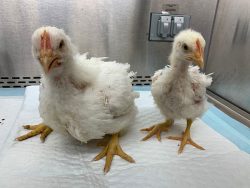 All ARV reported genotypes have been found circulating in Canada since 2011, including the newest genotype 7 in Ontario (see figure 2). Although many of these genotypes were found and classified in Europe, it is unclear as to how these ARVs found their way to North America and how they spread so fast across the whole continent.

As classical commercial vaccines do not immunize against these new variant viruses, the industry started to immunize parent stocks with autogenous vaccines. This is an emergency only kind of vaccine subject to fewer and simpler regulations that allows the inclusion of non-classical virus from the field in an inactivated oil-based vaccine.

Even with an autogenous vaccine, it can take between six months to one year from the moment an ARV is isolated until a batch of vaccine is ready for application in broiler breeders. Our experience with autogenous ARV control started with 35 cases and 19 viruses isolated in 2012, allowing vaccine development and implementation in 2013.

Interestingly, ARV control has been regarded as a moving target. It has been documented that once an autogenous vaccine against certain genotypes has been extensively used then other ARV genotypes, not affected by the immunity induced by the autogenous vaccines, replace them as new field challenge viruses.

What do I do if I think I have VA in my flock?
Start with a diagnosis from your vet and an accredited lab. Properly collecting and submitting the right samples at the right time will greatly increase your success in a definitive diagnosis. A definitive diagnosis of ARV arthritis requires clinical signs, confirmation of gross and microscopic lesions (heart and tendon), molecular testing and most importantly virus isolation or typing.

There are many non-pathogenic reoviruses naturally occurring in the gut of normal chickens.

Thus, finding reovirus in a bird or bird sample is normal and does not necessarily have any connection with the problems you may be seeing.

We have been testing the pathogenicity of our field isolates and the ability of autogenous vaccines to protect in breeder vaccination and live bird clinical challenge models. We have done so in cooperation with an Institute for Applied Poultry Technologies funded project at the University of Alberta and the University of Calgary.

Field and clinical trials indicate that live reo vaccines do not protect against many of the variant strains. What’s more, using them in an infected flock may result in an increased challenge and the potential risk for genetic reassortment.

There is no treatment for this disease so a proper work up is required to build the autogenous vaccines the industry is using to protect the flocks. Since affected birds will not recover from the disease, the economic impact can be reduced through good management practices (e.g., proper distribution of feed and water, suitable environment) and culling of the affected birds.

Growth rates are naturally reduced during an active infection. Your vet may also recommend altering your lighting program to manage later growth rates and stress on the birds and their damaged tendons.

We recommend submitting your case as soon as possible to rule out potential causes and also to be included in an ARV monitoring program. Monitoring and autogenous vaccination development at the industry level is the recommended management plan for this disease.

AVR is amongst the most resistant viruses on earth. However, removal/treatment of built-up litter, effective use of disinfectants according to their label directions, heat treatment of affected houses during downtime and increased downtime will decrease the ARV viral load on the next production cycle. In short, a diligent cleaning and disinfection process is crucial to diminish the economic impact of the disease.