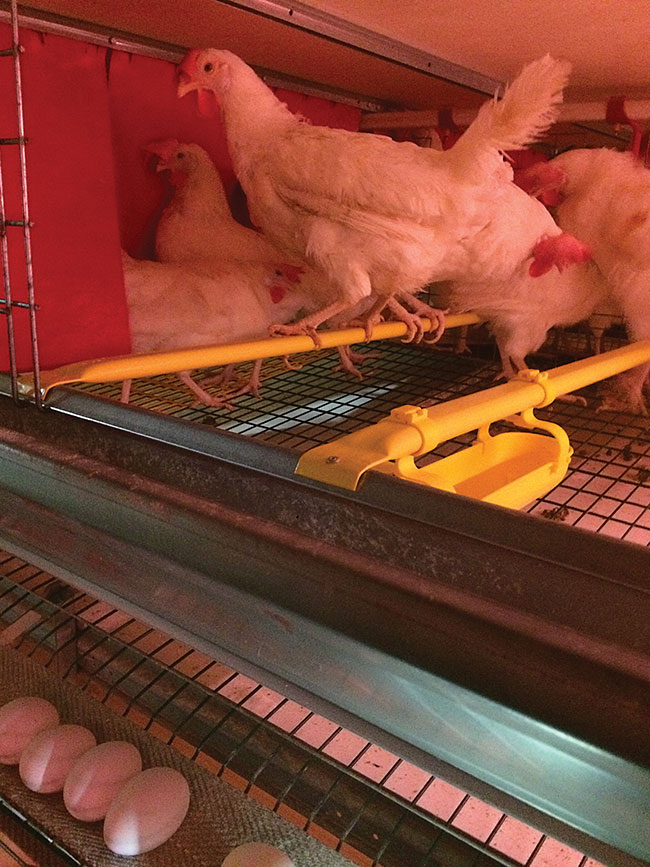 One of the most appealing factors about the enriched system to the McIntoshs was it has nesting areas at both ends of each unit. In contrast, some other systems have only one nesting area in each unit. Photo: Ross McIntosh

The business
The McIntosh family has layers and grows their own pullets. They purchased the business in 2013. The farm is owned and operated by Ross and Barbara McIntosh.

The need
For a number of years, the egg producers owned extra quota that they weren’t using. They had three conventional barns and were waiting to build a new facility until they felt the business case made sense. Then, everything came together. Egg demand looked strong. They had the manure and crop space. They had the manpower. And they found expanding would fit well with their pullet cycle and growth time. They moved forward. 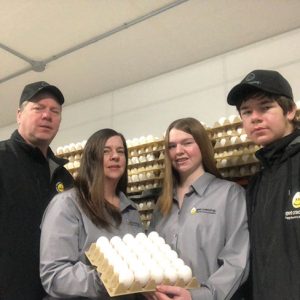 From left to right: Spouses Ross and Barbara McIntosh with daughter Kirsten and son Dugald. 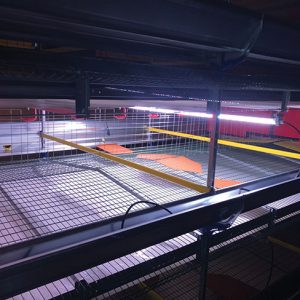 The perches run back to front and the CBM Lighting allows for control of the white and red intensity. Photo: Ross McIntosh

The barn
Working with Clark Ag Systems, the McIntoshs built a new enriched barn, which they opened last June. The facility, which includes five rows of a four-tier Tecno Enriched Plus 94 System, can house 30,600 birds. They liked that it has nests at both ends of each unit. They also liked that it includes multiple shorter perches running back to front rather than one long perch running the length of each unit. “I believe that helps spread the birds out better when they’re perching,” Ross says, adding, “The birds have more freedom to move around in this system.”