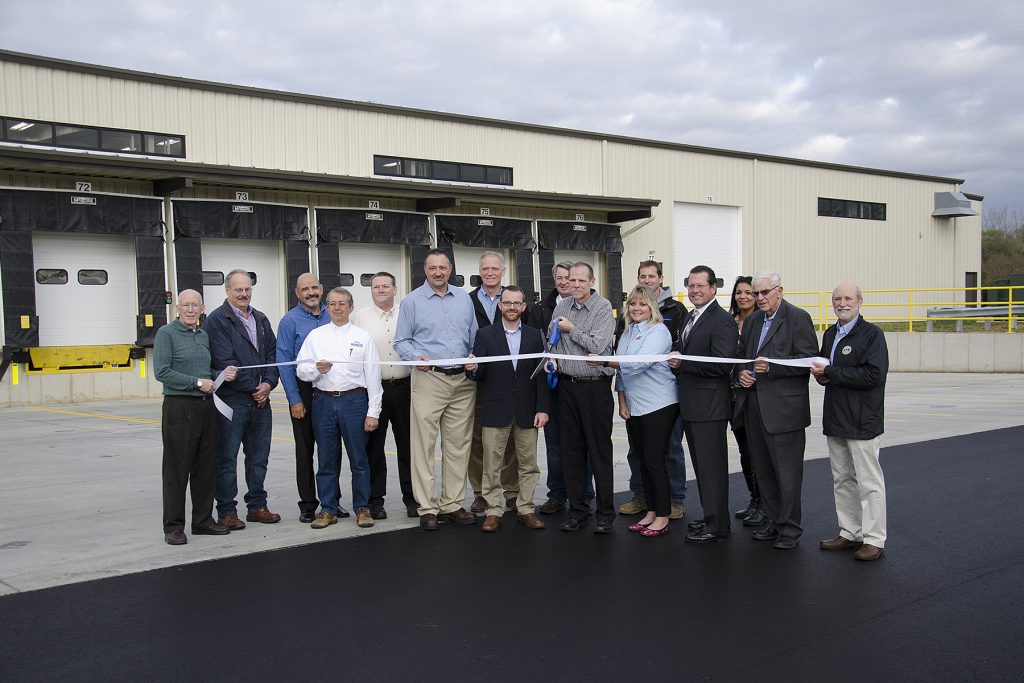 The expansion features 45,000 square feet (4,180 square meters) of floor space, five new truck docks and a new truck drive along the north side of the Chore-Time plant.  Six new fabrication machines were purchased as part of the project along with a variety of material handling and assembly fixtures and warehouse racks.

The addition to Chore-Time’s existing facilities in Milford was designed to improve the flow of raw materials into the building and the efficiency of manufacturing processes and delivery performance. As the project progressed, Chore-Time added approximately 80 full-time employees to its ranks.  A celebration event for Chore-Time employees is planned later in 2015.

Employees, machinery and inventory moved into the new space in July and August, and the project is now essentially complete.  A few finishing touches, such as landscaping, are still planned.

“This ribbon cutting marks the culmination of a wonderful team effort,” said Chris Stoler, Executive Vice president and General Manager for the Chore-Time Group. “I’d like to extend my thanks to all the Chore-Time team members who have worked so hard and demonstrated such great teamwork.”

“The completion of the building compliments the efforts of the whole team to increase the efficiency of our customer fulfillment process,” he added.  “This effort will continue in the months and years ahead, as we strive to further optimize and enhance the way we supply products and services globally.  Our goal is continuous improvement in how we meet customer needs and support the growth in global demand for Chore-Time’s poultry, egg and pig production systems.”

Jeff Miller, Operations Manager for Chore-Time, noted that the town of Milford, Kosciusko County and the State of Indiana contributed economic incentives to facilitate the Chore-Time expansion in Milford. He also thanked the team at Robinson Construction and the many others involved in the project.

“The construction team worked through 63 days of snow and rain,” said Miller. “We appreciate the extra efforts that weather issues required.”