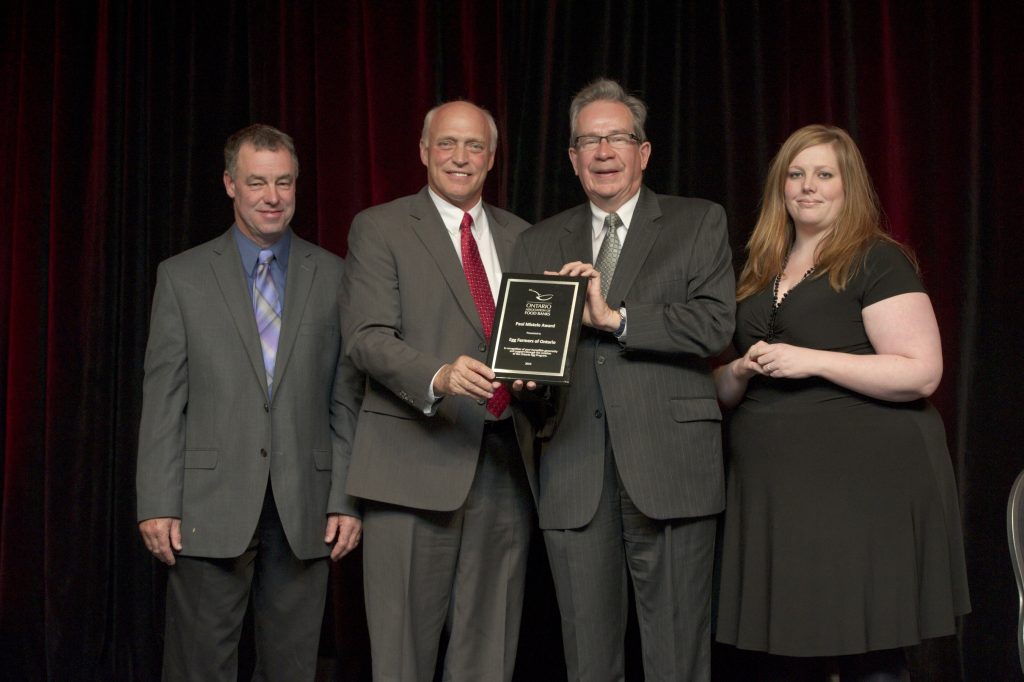 October 31, 2014 – Thanks to its $250,000 contribution to Ontario’s food banks, Egg Farmers of Ontario (EFO) has been selected as the recipient organization for the 2014 Paul Mistele Memorial Award.

Named for the late farm leader who founded Ontario Pork’s Donate-A-Hog program in 1998, the Paul Mistele Memorial Award recognizes agricultural partners who have shown a significant and enduring commitment to ending hunger in Ontario. The award was presented to Egg Farmers of Ontario on October 30 at Farm & Food Care’s annual Harvest Gala.

Egg Farmers of Ontario announced in March of this year that the organization will donate the equivalent of 12,000 dozen eggs every month to the Ontario Association of Food Banks (OAFB), or 144,000 dozen throughout the year. “It is an incredible and much needed commitment”, says Bill Laidlaw, Executive Director for the association, “and will make a huge difference in the health and accessibility of fresh food for those in need.”

“Ontario’s egg farmers have a strong record of donating to food banks and we wanted to give more through a program that makes it easy for egg farmers and all supporters to donate fresh, high-quality Ontario eggs to food banks across the province,” said EFO Chair Scott Graham.

“Protein is essential for proper nutrition and is the most needed item by our food banks. The Egg Farmers of Ontario’s donation really helps fill that need,” says Laidlaw.