Organization named one of Canada's Most Admired Corporate Cultures by Waterstone Human Capital. 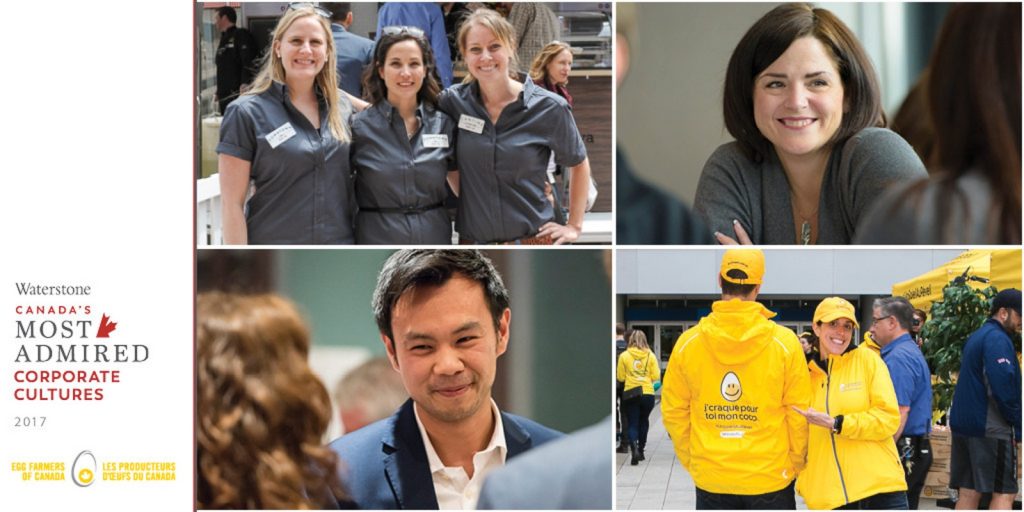 Egg Farmers of Canada was named by Waterstone Human Capital as one of Canada’s Most Admired Corporate Cultures.

November 23, 2017, Ottawa, Ont. – Egg Farmers of Canada (EFC) has been named by executive search firm Waterstone Human Capital as one of Canada’s Most Admired Corporate Cultures for the second year in a row.

Based in Ottawa, the organization has a growing team of 58 employees.

“At the core of our success is a dedicated and passionate team, and a commitment to making a difference,” EFC’s CEO Tim Lambert said in a press release.

“As a result, we strive to foster a culture of high-performance and create an environment that offers our team the tools to grow and continuously improve.”

This philosophy complements EFC’s mission to position the egg industry as a leader in Canada’s agricultural future, and its vision where everyone can enjoy an egg.

“The 2017 winning organizations are to be admired for the diverse and impactful ways they make sure culture underpins all that makes them successful.”

In addition to being one of Canada’s Most Admired Corporate Cultures, EFC has also been named a National Capital Region Top Employer for five consecutive years.