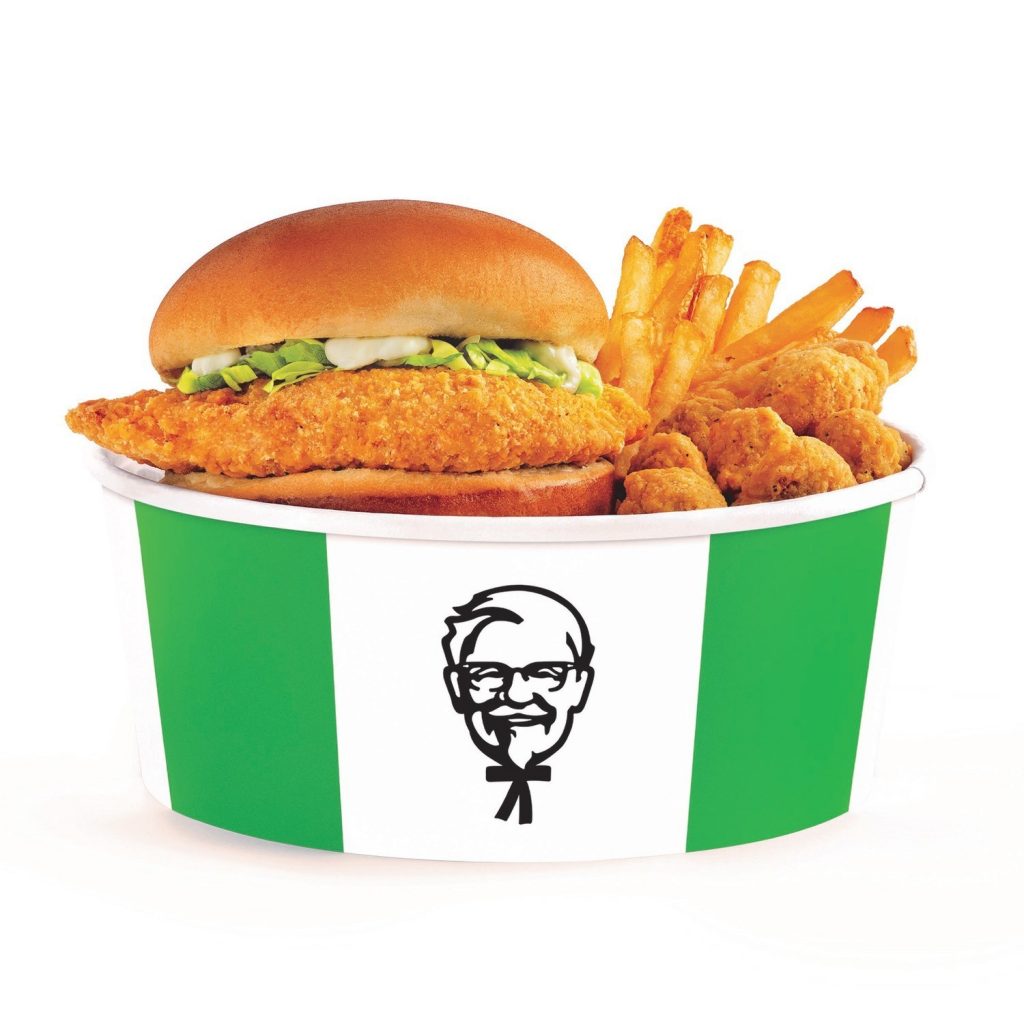 The company partnered with Lightlife, a plant-based protein brand, to create a signature Plant-Based Fried Chicken Sandwich and Popcorn Chicken.

“We believe the Colonel’s famous finger lickin’ good taste should have no boundaries.”

What’s more, customers can try both the plant-based sandwich and popcorn chicken options by selecting a meal for one option for $10.99 (includes fries, salad and a 355ml can of lime Bubly).

Developed in response to Canadian’s evolving tastes and preferences for plant-based proteins, KFC’s Plant-Based Fried Chicken is made in Canada by Lightlife, a leading plant-based protein brand whose broad portfolio of products is available in retailers such as Metro, Loblaws, Sobeys, Longo’s and Federated Coop.

“This is a landmark moment for Lightlife. We’re proud to join forces with KFC to bring Canadians a plant-based chicken with incredible taste,” says Dan Curtin, president and CEO of Greenleaf Foods, SPC, the owner of Lightlife.

“With pioneering partners like KFC, we can make plant-based foods more broadly available to the growing number of consumers seeking the option on the go.”

In addition to the new KFC Plant-Based Fried Chicken options, KFC Canada has been offering fans vegetarian options since 2009, including a vegetarian sandwich available in restaurants across Canada.

Feedback gathered during the limited, one-restaurant, one-day test will determine KFC Canada’s plans to roll out the Plant-Based Fried Chicken options nationally in 2020.