Features Profiles Researchers Business/Policy Canada Canada’s egg farmers are helping to make a difference. In a land far far away

Egg Farmers of Canada is now part of Project Canaan 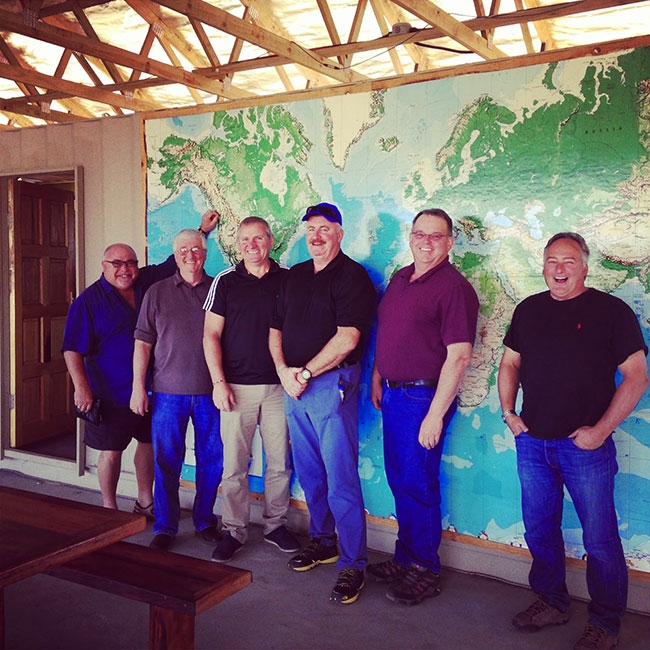 Farmers and staff with Egg Farmers of Canada provided the hands-on experience needed by Project Canaan.

In a land far far away, Canada’s egg farmers are helping to make a difference. The tiny kingdom of Swaziland is nestled between South Africa and Mozambique. A country about the size of Wales, Swaziland is a developing country of 1.2 million people. While classified as a lower-middle-income country, most Swazis live in chronic poverty where unemployment runs at 70 per cent, and 75 per cent practice subsistence agriculture. Nearly 25 per cent of children die before the age of five from a combination of disease, malnourishment and abandonment. HIV/AIDS, which generally goes untreated, affects 43 per cent of the population. This combined with cultural practices and taboos has led to an estimated 500,000 orphaned and vulnerable children, adding to the burden.

That is where eggs and Canadian egg farmers fit in.  According to Egg Farmers of Canada (EFC) executive director Tim Lambert, members of the International Egg Commission (IEC), such as EFC, have long been involved in food assistance programs round the world.  EFC has for example been sending egg powder to feed children in third world countries for more than 20 years amounting to more than 16 metric tonnes per year of “nature’s perfect food.” In 2014 the IEC turned these independent actions into a cohesive strategy with the formation of the charitable IEC Foundation.

Canadian egg producers have taken on this new approach by spearheading the addition of an egg farm to Project Canaan, a sustainable farming and economic development initiative started by two Ontario business people under their charitable Heart for Africa organization.  Begun in 2009, the project is the first for Heart for Africa and will serve as a model for future projects. While Janine and Ian Maxwell have no farming background they have relied on those who do and in five short years have turned 2,500 acres of empty land into a thriving mixed farm and rural community.  The project has two sides to it.  Farming and raising abandoned babies at the onsite Children’s home. In this way the project is doing double duty. The farm provides local employment and supplies locally produced food while giving children the care and education they otherwise would not get. The farm is being built with donations and is run as a commercial business that also teaches Swazi locals adapted farming practices commonly used throughout Canada. Altogether the project employs over 220 local people.

The goal, Janine recently wrote on her blog, is to expand the farm and to generate the profit needed to be self-sustainable by the year 2020. Already, the farm runs a dairy and a goat operation, markets fruits and vegetables, produces cash crops and hand-made crafts. These enterprises are generating revenue and food used to help feed their own 86 orphans and employees plus supplying rural church sponsored food programs. The egg farm is the next step in making the farm, on-site orphanage, schools, women’s shelter and medical clinic self-sustaining.

It was during the formation of the IEC Foundation that EFC learned of Heart for Africa and their Project Canaan. EFC’s Tim Lambert explains that the capacity building project is being supported by EFC for many reasons. “Canadian egg farmers enjoy the privilege of supply management and from a social license perspective it is important to use that privilege wisely,” says Lambert.  He notes that egg production is a logical step since production of egg protein is a sustainable, efficient, scalable and affordable means to feed the world. “EFC believes that the Heart for Africa project will demonstrate that,” he says. If all goes to plan, by the end of 2015 the farm is expected to be housing 5,000 hens using a dual purpose African adapted strain. As with the other farming activities, production will be labour-based and low technology. Using their gravity fed water system, natural light and ventilation, hand feeding and manual clean-out, the eggs will be hand collected and then boiled for preserving. Eggs not used on the farm will be shipped to feed other needy children. Future plans include expanding the flock as needs and marketing opportunities come about.

The EFC and IEC have chosen Project Canaan in Swaziland to be their own pilot project for finding ways to help children around the world in need of protein and proper nutrition, Lambert says. The fundraising, expertise and training are coming through the EFC, and the IEC is providing the technical services of Ontario poultry vet Dr. Vincent Guyonnet, who also serves as IEC Scientific Advisor.

Following two years of discussions and planning, a project team from EFC made a site visit to the farm in September 2014. Other than Lambert and Guyonnet the team is made up of egg farmers from across the country. Peter Clarke (EFC Chairman), Fred Krahn (EFC Director from BC); Kurt Siemens (EFC Director from Manitoba), George McLeod (EFC Director from New Brunswick); Roger Pelissero (EFC Director from Ontario); and Scott Graham (Chairman of EFO) are multi-generational farmers who have hands-on experience Project Canaan needs.  According to Scott Graham, phase one of the egg farm plan is to raise the money needed to build a laying facility that will produce in excess of 18,500 eggs per week.  The challenge is to design a facility that is simple, efficient and cost effective in an African environment.

Graham says he was impressed by a side visit to a Mozambique egg farm. “The farm there showed what is possible at Project Canaan,” he said.  “The two local managers and their fellow workers were well trained and very capable. They know how to raise the birds, manage production, and produce a safe product.”

But he was more impressed by the Maxwell’s and what they have achieved.  “Janine and Ian have traded their successful businesses and comfortable lives here to create and manage a successful project there,” he said.  And it wasn’t what Graham was expecting when he and the team boarded the plane for the trip. “I was a little reluctant,” he confessed. “After doing research about the country and the terrible conditions for people there, I was expecting it to be an upsetting experience and I was worried that I wouldn’t be able to handle it.”  But it was quite the opposite.

Meeting and spending time with the well fed and well cared for kids, touring the clean and safe Children’s home, nursery school and soon to be completed elementary school was positive and inspiring. Graham explained that because Project Canaan takes in children as newborns or young babies, their oldest are now three years-old, even the babies who survived horrific situations are growing up happy and well-adjusted. He and some of the team were part of a rescue themselves during their visit when they brought four babies to their new home. “It is joyful to see kids with a future,” he has realized.  But it isn’t just the children and local community whose lives have been changed. “Janine is inspiring,” he said.  “I know it sounds corny, but experiences like these bring you back to what is important. The visit has been life changing for me too and I don’t see the world the way I used to.”

Graham says he will be going back for sure, hopefully with (wife) Laurie. Until then, he will be busy putting the EFC funding ideas to work. “This is where my money is going to go,” he says, “because it’s personal.”

Janine Maxwell will be a feature speaker at the 2015 Egg Farmers of Canada AGM –March 24 to March 26, in Ottawa and at the Egg Farmers of Ontario AGM – March 30th to April 1st  in Niagara Falls.